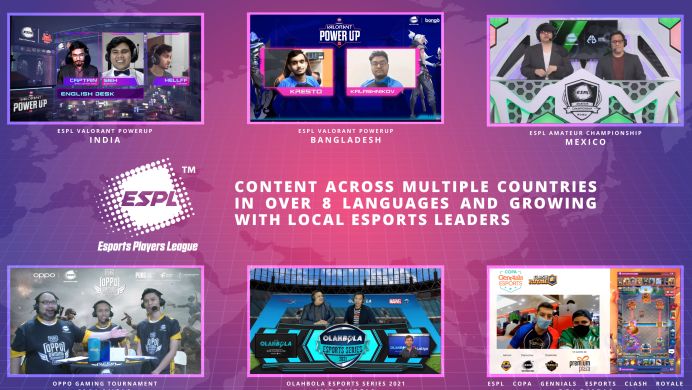 The company will use the freshly raised capital for product enhancement and to further grow its platform.

Launched in late-2019, ESPL offers an integrated tournament model of both hybrid online and on-ground tournaments for the grassroots gamer community. With this model, it intends to create a bedroom-to-champion pathway for aspiring e-sports enthusiasts to be able to participate and be given a chance to be a world champion.

The company claims to have organised more than 312 tournaments across 16 countries in Asia, Europe, and America, viewed by close to 11.6 million e-sports enthusiasts.

The e-sports platform is managed by its headquarters in Singapore and regional offices in Cologne and Los Angeles.

“ESPL is one of the fastest-growing amateur esports tournaments and media platforms that we have seen. The combination of geographical focus, competitive mobile gaming and non – endemic brand penetration were decisive to our investment decision,” Carlos Barrios, CEO of RightBridge Ventures AB, said.

The global e-sports industry is one of the few that has been thriving despite the widespread economic catastrophe caused by COVID-19.

In 2019, the e-sports gaming scene saw more than 50,000 competing teams. An Esports Charts report highlighted Arena of Valor (ROV) and PUBG Mobile as the top two leading games in the Asian market

For example, e-sports was recognised as a medal sport in the SEA Games in the Philippines, and it will also be recognised in the 2022 Asian Games and potentially in the Olympics.

The post ESPL raises pre-Series A to grow its e-sports platform for grassroot gamers appeared first on e27.