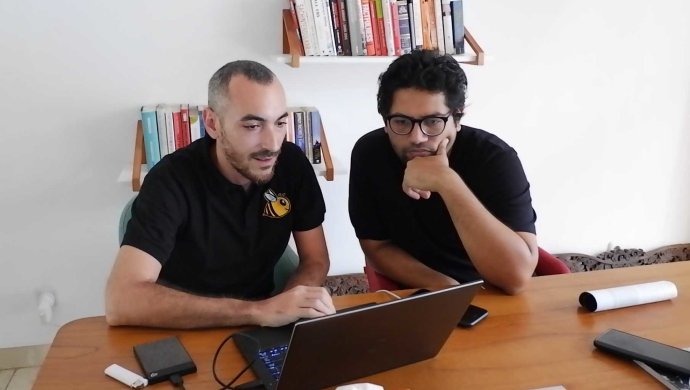 BukuKas, a digital ledger app for MSMEs in Indonesia, announced today that it has raised US$50 million in Series B funding.

The round includes participation from angel investors Gokul Rajaram, an executive of DoorDash, and Taavet Hinrikus, co-founder of Wise (formerly known as TransferWise).

This news comes just four months after the company’s US$10 million Series A fundraise led by Sequoia Capital India.

According to the press statement, the new money will be used to strengthen BukuKas’ leadership team, engineering, and product
capabilities both in Jakarta and Bangalore. The company also intends to expand the range of services offered to merchants.

BukuKas was founded in 2019 by Krishnan M Menon who realised how MSMEs were excluded from the tech revolution during his trips to rural Indonesia.

He noticed that many small businesses still managed their finances using pen and paper. Furthermore, they struggled to get visibility on their finances.

To solve the problem he decided to launch BukuKas along with his long-time friend and former Lazada executive Lorenzo Peracchione.

BukuKas app provides a simple book-keeping solution that can record sales, expenses, accounts receivable, and debt. It can also send reminders to customers to pay back and analyse customer insights.

As of April 2021, the company claims to have onboarded 6.3 million small traders and shop owners across its platforms, with their users recording an annualised transaction value of nearly US$25.9 billion. By the end of 2022, the company aims to onboard 20 million MSMEs.

Bukukas has also recently launched a new payment feature called ‘BukuKasPay’, a feature which enables small business owners to pay their suppliers on time and collect money digitally from their customers through various digital payment methods such as Bank Virtual Accounts, QRIS, and popular electronic wallets such as OVO, DANA, GoPay, LinkAja, and Shopeepay.

Soon after, they launched a commerce enablement platform ‘Tokko’ to help merchants to sell more effectively on social commerce channels and set up online stores.

“Indonesia is home to more than 60 million MSMEs who generate over 60 per cent of the country’s GDP. Small merchants are increasingly looking for simple digital solutions to their daily problems, from being on top of their cash flows to generating and
handling more WhatsApp orders,” said Peracchione.

“BukuKas wants to become the preferred merchant ecosystem partner to help small business owners thrive and grow in our digital age. Following the launch of BukuKasPay, we will continue to build trust with our merchants and support them with full suite banking and commerce solutions in the near future,” he added.

The post BukuKas bags US$50M in Series B funding to expand its services offered to merchants appeared first on e27.