Makhubo ‘not embarrassed’ over ‘his friend’ emailing him about tenders 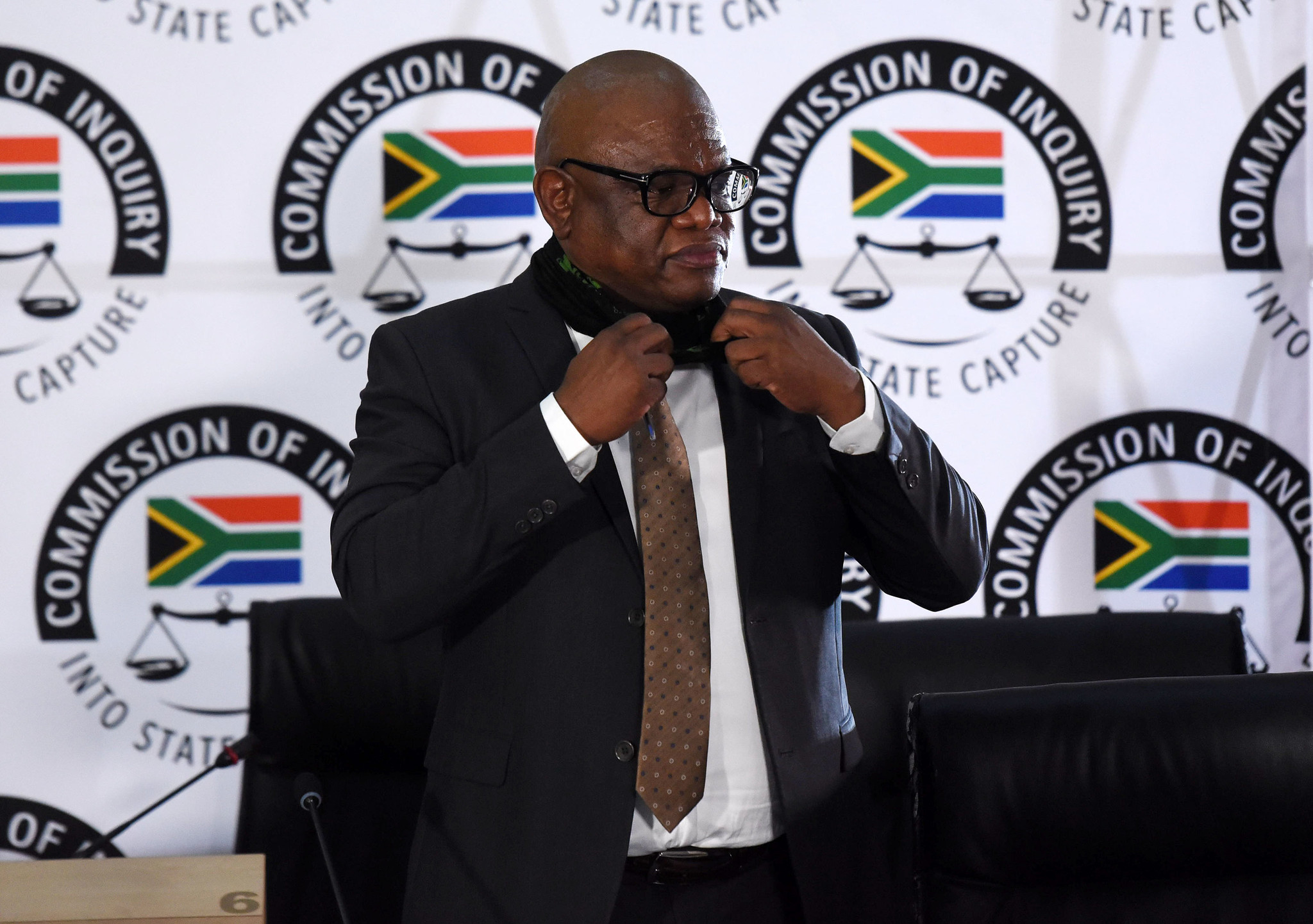 The City of Johannesburg mayor Geoff Makhubo says he is not “embarrassed” that his business partner was corresponding directly with him by sending emails which related to pending tenders.

Makhubo was testifying at the Commission of Inquiry into of State Capture on Monday relating to his tenure as the ANC Johannesburg regional treasurer – from 2008 to 2018, which allegedly solicited regular donations worth millions from IT service management company EOH – among other companies, in exchange for tenders at the City of Johannesburg.

During proceedings on Monday, the commission heard from Makhubo that his company, Molelwane Consulting, was paid R80 000 due to cash flow problems despite evidence leader Matthew Chaskalson indicating that invoices stating that the payment was a cost of sales.

Addressing the payment made by Mfundi Mobile, ran by former EOH executive Patrick Makhubedu, Makhubo explained that it was made so that salaries was paid to the employees at his company.

“The cash flow was to pay salaries in August 2014 that Patrick paid to assist Molelwane,” he said.

Further commenting on why Mfundi Mobile would treat the payment as a cost of sales arising from the company’s income from EOH, the Joburg mayor said he had no idea.

The mayor also dismissed the narrative that Makhubedu was asking for his help in soliciting a tender for EOH by dealing with Molelwane Consulting’s cash flow problems, making donations to the ANC then emailing him the proposal.

“No, Patrick will never do that. We were business partners for a long time and we have helped each other for a long time. He would not solicit a tender to me like that or any other way,” he said.

Makhubo says Patrick is his friend and a business partner and that he doesn’t find it improper that he would ask him anything relating to his personal and/or professional capacity. #StateCaptureInquiry

When asked again by Chaskalson on why Makhubedu would email him the proposal, Makhubo reiterated that he did not know why.

“I’m not sure on why he would email me this proposal as I said it has nothing to do with me. Our relationship is such that he would not say ‘I have to ask the ANC do this’… no he has never done that. [EOH] has donated from the TSS [Managed Services] days before it was bought by EOH and they have never asked me for anything even before they started doing business with the City,” he said.

Earlier during his testimony, Makhubo told the commission that it did not make sense to him on why he would be emailed tender proposals by Makhubedu as IT was not even part of his portfolio.

The proposal was related to the upgrading of City of Johannesburg’s network and security infrastructure in 2014.

Chaskalson dealt with another email of an invoice of R1.6 million, to which Makhubo said that it did not make sense why there would be an invoice four days after the proposal as EOH were not even awarded the tender yet.

“No, I’m not denying that the email was sent to me, but as I say I have no recollection of an invoice sent to me that I could do nothing about.”

Chaskalson had indicated three main points that Makhubedu’s first email contained the proposal, the second one contained the invoice while the third contained the letter of awarding to EOH.

On why he did not care or call to ask Makhubedu about the emails, Makhubo said: “When things don’t affect me and [don’t require me] to take action I ignore them – that’s how I work.”

Makhubo again denied that it appeared that Makhubedu sent him the emails for the mayor to help EOH get tenders.

“I deny that and I think that it’s a very wrong supposition,” he added.

The mayor seemed irritated when Chaskalson asked him if he was not embarrassed that Makhubedu was corresponding directly with him by sending emails related to the tender, to which Makhubo said no because it had nothing to do with him.

“No I didn’t find it embarrassing. I thought I have answered but he [Chaskalson] goes over and over for the same thing chair,” he said.

He further told the commission that Chaskalson was linking things that aren’t linked or had any causality.

Watch the proceedings live courtesy of the SABC: