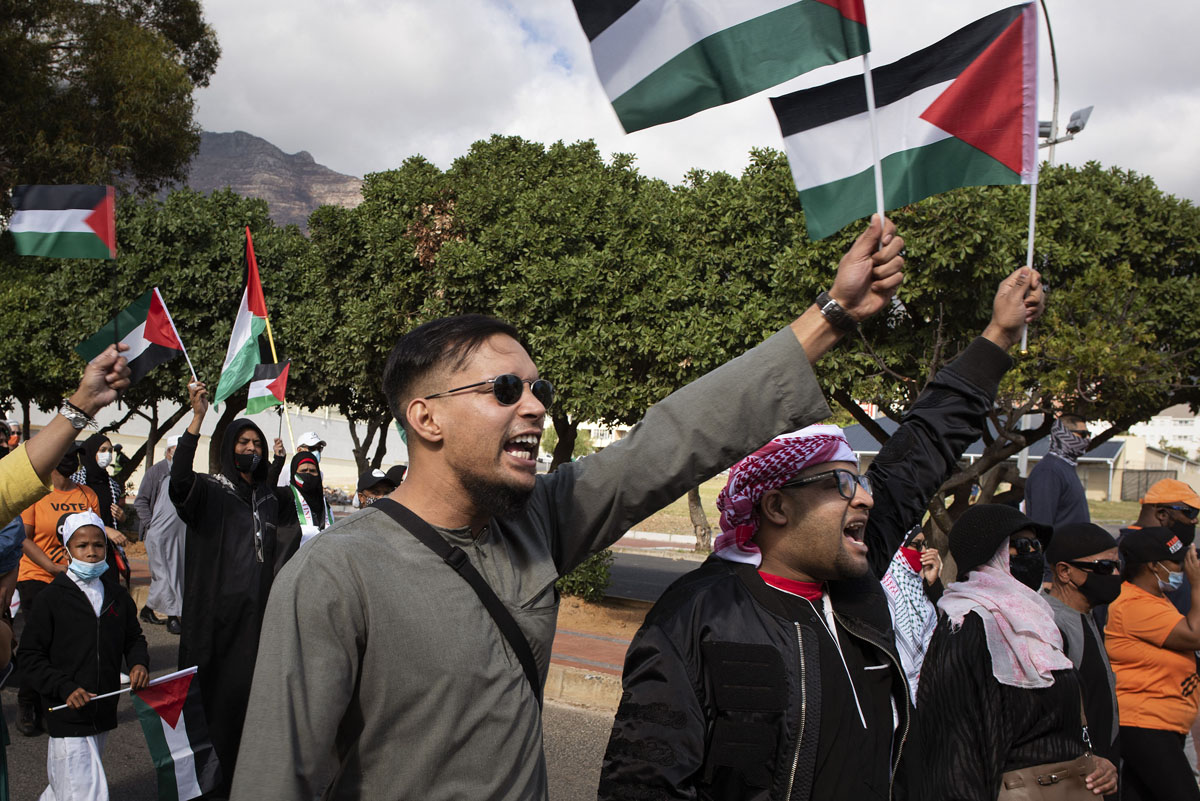 Thousands of protesters in London and Madrid marched in support of Palestinians on Saturday as the worst violence in years raged between Israel and militants in Gaza.

In Madrid, some 2,500 people, many of them young people wrapped in Palestinian flags, marched to the Puerta del Sol plaza in the city centre.

“This is not a war, it’s genocide,” They chanted.

“They are massacring us,” said Amira Sheikh-Ali, a 37-year-old of Palestinian origin.

“We’re in a situation when the Nakba is continuing in the middle of the 21st century,” she said, referring to the “catastrophe” word used by Palestinians to describe Israel’s creation in 1948, when hundreds of thousands fled or were driven out.

“We want to ask Spain and the European authorities not to collaborate with Israel, because with their silence, they are collaborating,” said Ikhlass Abousousiane, a 25-year-old nurse of Moroccan origin.

The marches came amid the worst Israeli-Palestinian violence since a 2014 war in Gaza.

Israel is fighting Hamas militants in Gaza, trying to  contain an outbreak of internal Jewish-Arab clashes, and violence in the West Bank.

That was in response to bloody Israeli police action at the flashpoint Al-Aqsa mosque compound in Jerusalem, as well as a crackdown on protests against the planned Israeli expulsion of Palestinians from their homes in the Sheikh Jarrah neighbourhood in annexed east Jerusalem.

Since Monday, Israeli air and artillery strikes on Gaza have killed 139 people including 39 children, and wounded 1,000 more, health officials say.

Palestinian armed groups have fired hundreds of rockets at Israel since, killing 10 people, including a child and a soldier. More than 560 Israelis have been wounded.