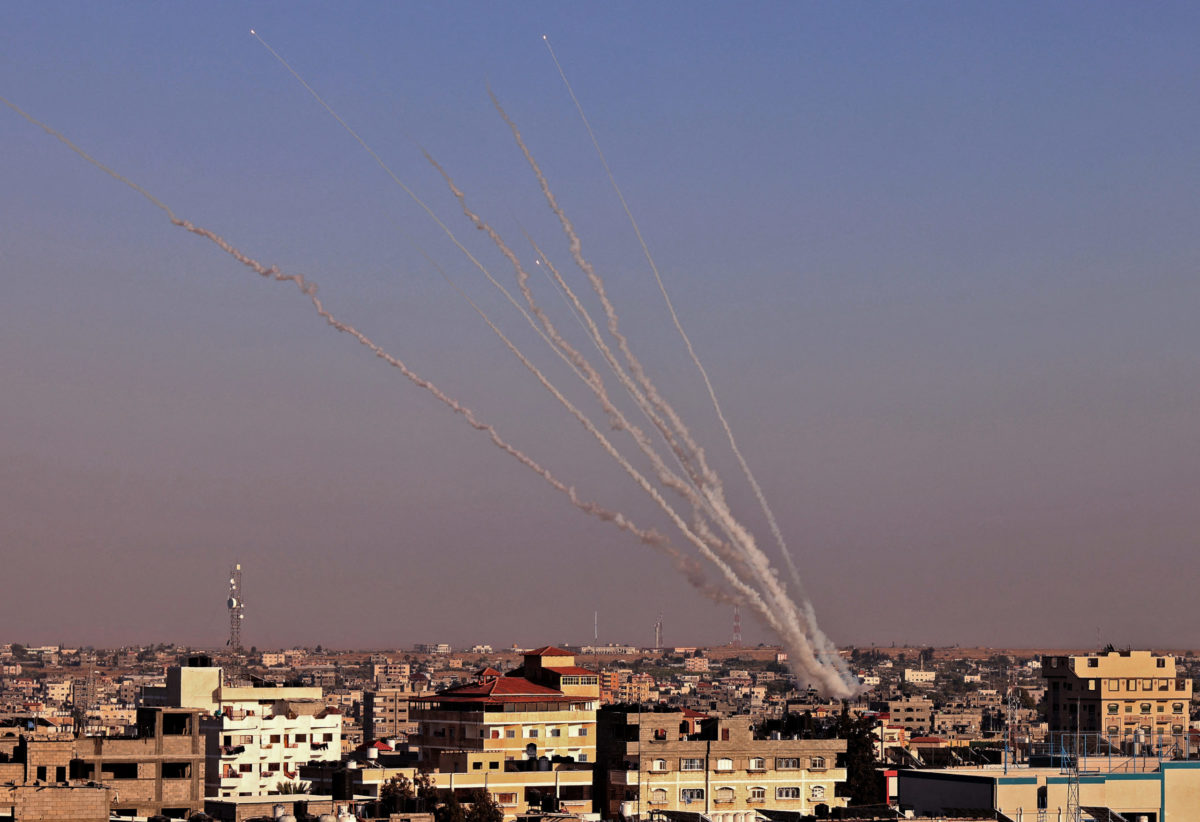 Ten members of a single extended family were killed in an Israeli air strike early Saturday on the western Gaza Strip, medics in the Palestinian enclave said.

Israeli warplanes have struck multiple targets in Gaza, while Palestinian militants have fired barrages of rockets at southern Israel, some falling short and hitting the ground inside Gaza, the Israeli military said.

Speaking outside Shifa hospital in Gaza City, the father of four of the children, Muhammad al-Hadidi, said he wanted “the unjust world to see these crimes.”

“They were safe in their homes, they did not carry weapons, they did not fire rockets,” he said of his children, who were killed “wearing their clothes for Eid al-Fitr”, the holiday marking the end of Ramadan.

Both Hadidi and Mohammad Abu Hattab, his brother-in-law and host, were away from Hattab’s home when it collapsed. The Abu Hattabs’ five-month-old baby also survived.

A spokesman for Gaza’s Islamist rulers, Hamas, declared the deadly air strike “a war crime in its own right.”

Tor Wennesland, the UN Middle East envoy, said he was “appalled” by the Shati devastation, noting that 40 Gazan and two Israeli children had been killed in recent days.

“Children continue to be victims of this deadly escalation. I reiterate that children must not be the target of violence or put in harm’s way,” he wrote on Twitter. “The hostilities must stop now!”

The Israeli army meanwhile said it had “attacked a number of Hamas terror organisation senior officials, in an apartment used as terror infrastructure in the area of the Al-Shati refugee camp in the northern Gaza Strip.”

The incident was under review, it added.

“The Hamas terror organisation deliberately uses Gazan civilians as a way to shield and cover its hostile operations,” the army said in a statement, stressing it takes “all possible precautions to avoid harming civilians.”

The death toll in Gaza since Monday stands at 139, at least 39 of them children.

Around 950 people have been wounded.

More than 2,300 rockets have been fired at Israel since then, killing 10 people, including two children and a soldier.

More than 630 people in Israel have been wounded.