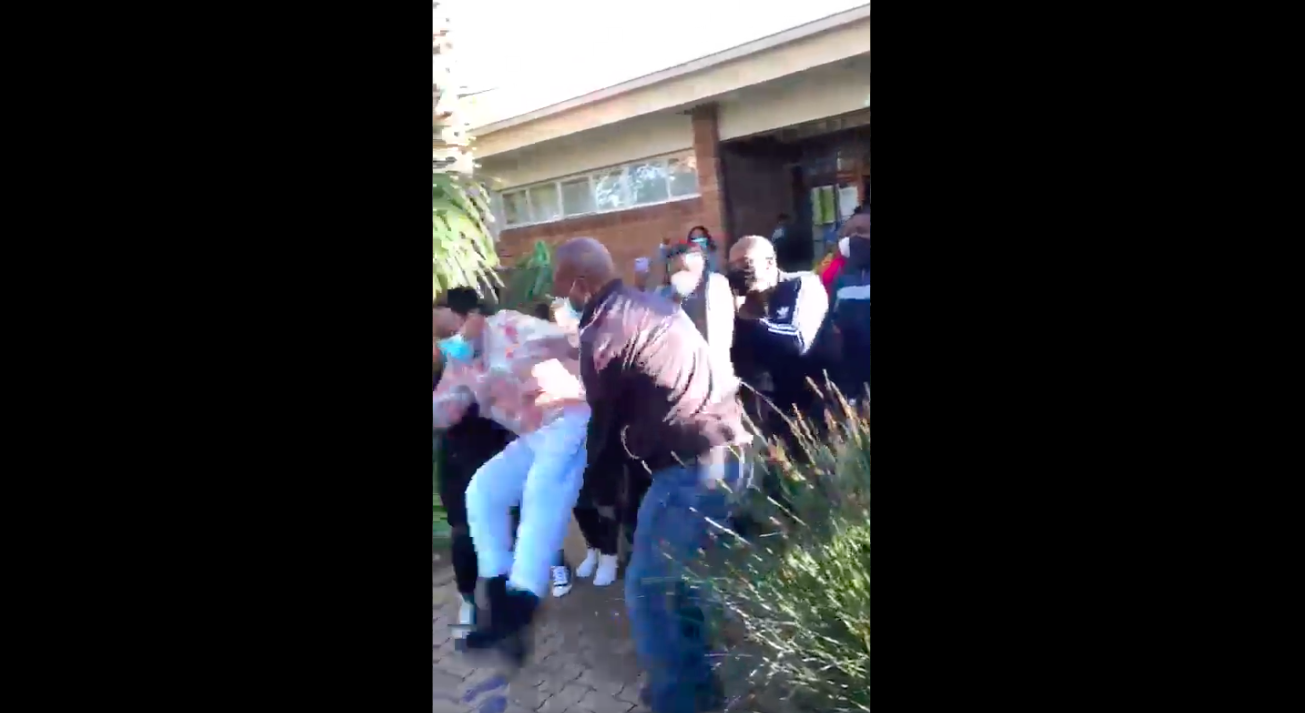 Gauteng education MEC Panyaza Lesufi has slammed the actions of parents at Laerskool Theresapark in Pretoria,  labelling their behaviour as “unacceptable”.

His rebuke comes after parents at the primary school violently threw the principal out of a chair (and the school) head first.

The parents were aggrieved over the school’s management, accusing the principal of driving the institution to financial ruin.

Lesufi said parents had a right to express their discontent but said the use of violence would not be tolerated.

“No amount of grievances can justify the use of violence on any of our teachers. That is simply non-negotiable.

“Further, there are processes and procedures, in law, that parents can take when they are having problems with the principals. We cannot condone this unacceptable behaviour.

“We are closely monitoring the situation and we are calling on parents to desist behaving in this fashion or else we will be left with no option but to take drastic steps,” Lesufi said in a statement.

The MEC said the allegations levelled against the principal and the school governing body (SGB) were being investigated, and urged parents to direct their complaints to the province’s department of education.

Watch footage of the altercation below.

Parents chased away a school principal at Laerskool Theresapark this morning for allegedly abusing other educators who quit their jobs and running the school into financial ruin @DBE_SA #Theresapark @CityTshwane #School #backtoschool pic.twitter.com/MtH7atMhSc