Motorists warned to be vigilant as tyre spike incidents rise 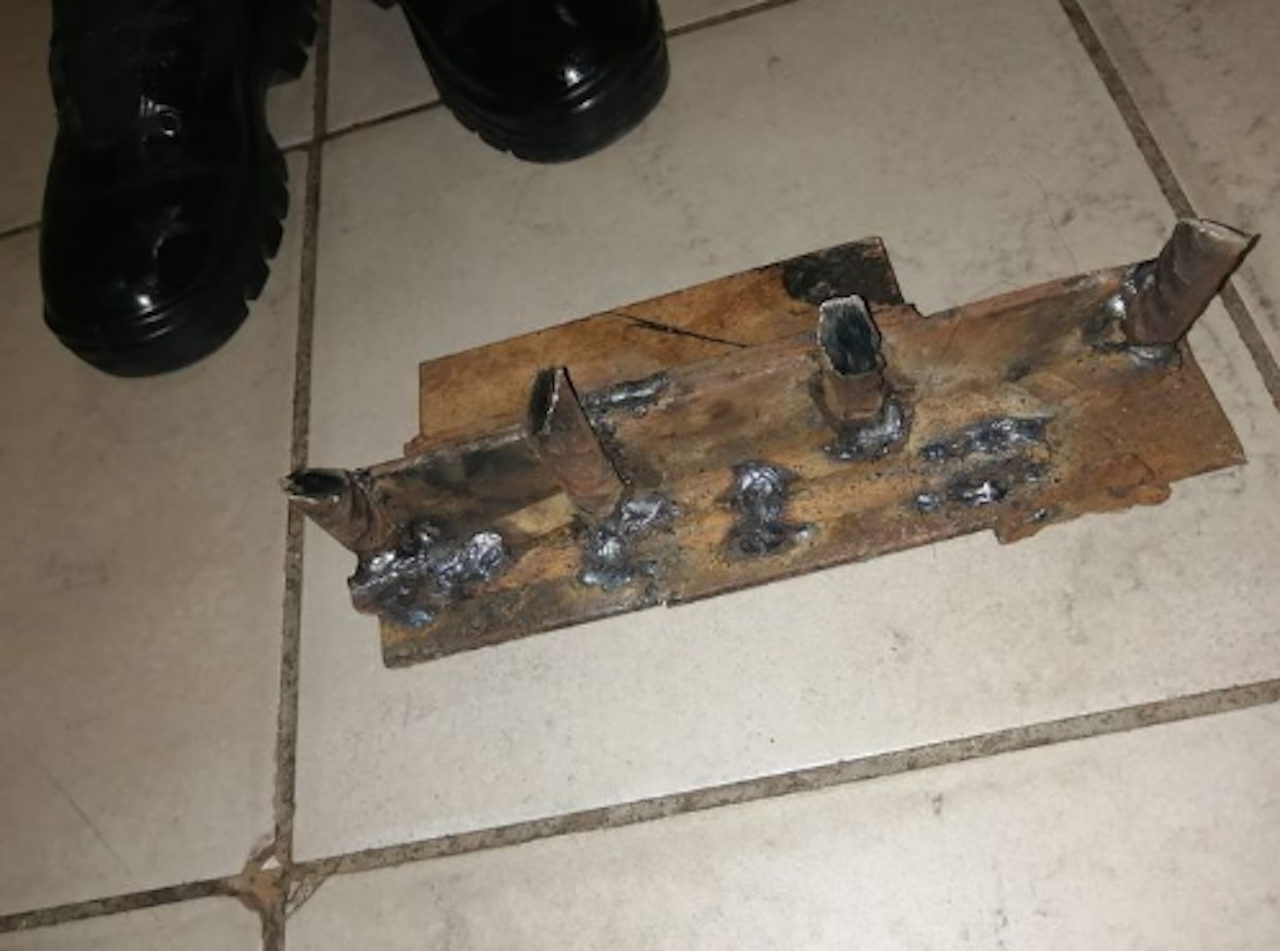 Over the past few days, more than 10 incidents have been reported in which hazardous objects have been placed in roads in Tshwane to puncture vehicle tyres in an attempt to rob motorists.

Casper Liversage, chair for the Community Policing Forum (CPF) Sector 4 in Hammanskraal, north of Tshwane, said they believed a crime syndicate was committing armed robberies on the N1 highway.

“Similar incidents have been reported around Carousel [Casino] and further south on the N1 towards Pyramid and Walmansthal,” Liversage added.

ALSO READ: Road spiking incidents on the rise – here are the hotspots

On Tuesday, one of the latest victims was on the N1 highway towards Hammanskraal when the motorist hit a foreign object that punctured his vehicle’s front left tyre about 2km before the Boekenhoutkloof and Hammanskraal off-ramp.

“Upon investigating what caused the incident, two men approached from the bushes. After a brief confrontation, the suspects fled the scene and police were notified immediately,” Liversage said.

Liversage said a one-metre steel spike was placed in the middle of the right lane of the road.

“Interestingly, the perpetrators immediately remove the spikes from the highway once they know the car had stopped,” he said.

He said they suspect other members of the syndicate strategically position themselves a distance from where the vehicle will come to a stop.

Liverage said he was aware of two similar incidents at the same location the previous day.

He added a police patrol vehicle has since started patrolling the freeway. GAC Risk Solutions in the north of Tshwane has recorded a total of 11 spike-related incidents from last Thursday to Wednesday.

On Saturday, a female driver was allegedly pulled from her stationary vehicle by five armed men on the N4 road near Boschkop.

On Tuesday, as many as three spike incidents were reported on the R104 in a matter of minutes.

Hugo Erasmus, chair for the CPF Lyttleton Sector 1, has warned motorists to be vigilant when driving after dark and to report any incidents to the local CPF or police.

Erasmus said the hotspots included the N4 road near the Donkerhoek Plaza, the Solomon Mahlangu interchange and Proefplaas interchange.

Another hotspot included the N4 Brits road at the M17 Ga-Rankuwa bridge, the R101 known as the old Warmbad Road, and the R80 off-ramp towards Hercules.

Captain Dave Muller, spokesman for the Lyttelton Police Station in Centurion, said although no spike incidents have been reported in his area yet, he had noticed similar incidents in surrounding areas and along the N14 towards Krugersdorp.

“Looking at the photos circulating about the spikes, those spikes are designed to blow up a car’s tyres,” Muller said.

He said it was best not to panic when you drove into a spike and to remember not to stop or slow down.

“Try and keep the car straight and avoid using the brakes until the car has started losing speed.”

Muller added that was is better to damage tyre rims than stand the chance of being robbed.

“That is the goal, to stop you. If you are confronted by suspects, remember to remain calm. They are after your goods, not the car,” he explained.