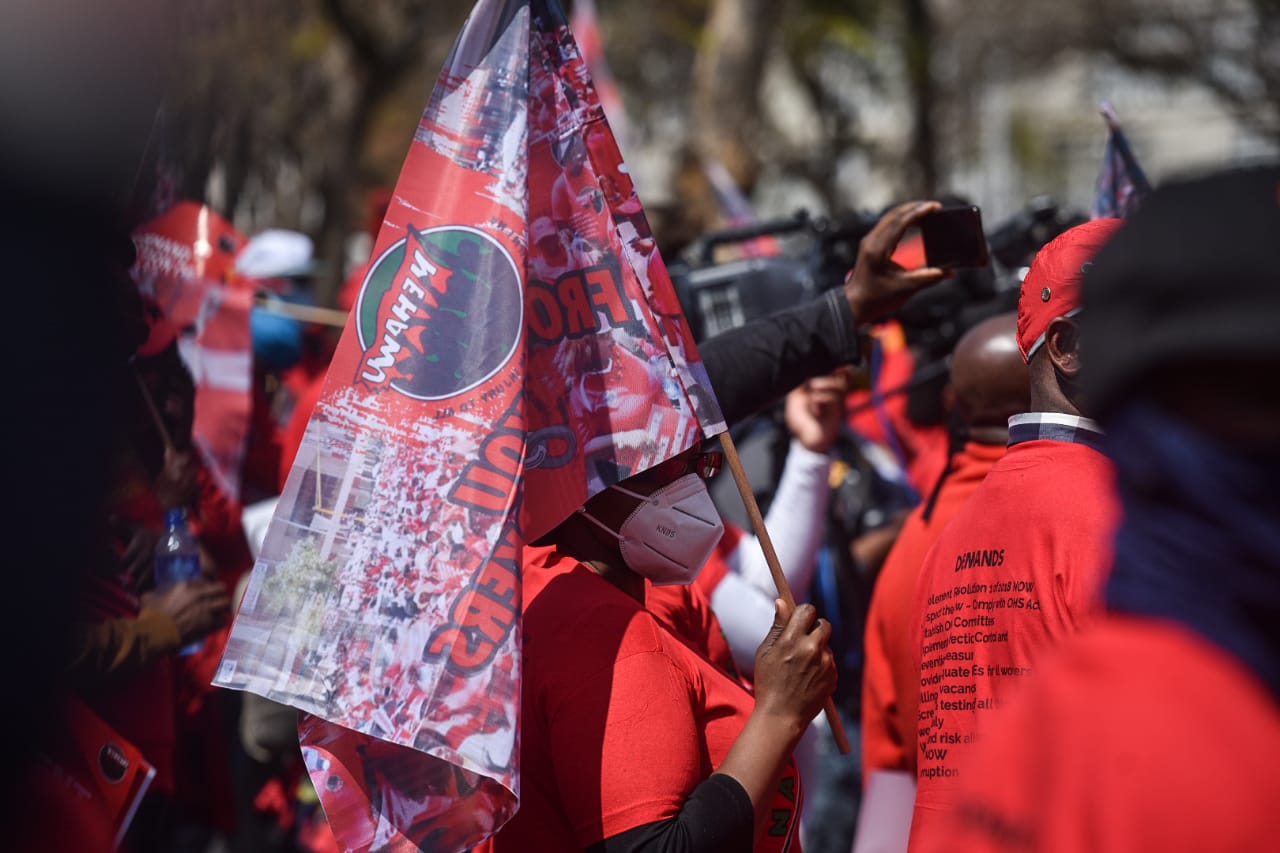 The National Education, Health and Allied Workers’ Union (Nehawu) says most employers in the healthcare sector are concealing the test results of workers who test positive for Covid-19, out of fears that they will be understaffed.

In a statement on Thursday, the union expressed scepticism over the reported number (25) of new cases of healthcare workers who had tested positive for Covid-19.

“As Nehawu, we still believe these numbers are still very low,” said the largest public sector union in South Africa.

Nehawu lamented the recent rise in infection numbers, saying Department of Health had been closing down temporary treatment facilities and weren’t increasing the acquisition of ventilators, oxygen and extra beds “in preparation for a third wave”.

“One of the findings of our fact-finding mission report pointed to understaffing as one of the major reasons why our healthcare system is overstretched. Government still, unfortunately, insists on not filling vacant posts in order to deal with the huge workload including employing community health workers [CWHs] who can play a crucial role in the vaccination programme,” the union said.

Nehawu also expressed concern over government being behind its target for vaccination of front-line workers.

“When the programme commenced the government promised to vaccinate more than 1.25 million workers as part of the first phase of the vaccination programme. However, as of yesterday [Wednesday] only 430,730 front-line workers had received the vaccine.”

On Wednesday at an International Nurses’ Day event, Deputy Health Hinister Joe Phaahla said the vaccination of health workers would be completed in the next two weeks.

“We are well aware that not all nurses managed to visit vaccination sites to receive the Covid-19 jab during the Sisonke programme due to their hectic work schedules characterised by long queues and overcrowded health facilities in some areas,” Phaahla said.

The second phase of the vaccination programme is due to start on Monday – prioritising people over the age of 60 – and Nehawu is worried that the first phase has not been completed.

“This has created panic amongst workers and led to the horrific scenes that played out at the Charlotte Maxeke Academic Hospital vaccination centre this morning where workers were standing in long queues and jostling to enter the hospital premises,” the union said.

Nehawu has reiterates its call for the government to consider the procuring vaccines from Cuba, China and Russia.

In March, President Cyril Ramaphosa announced that the government was also negotiating with the manufacturers of other vaccines such as Sinovac and Sinopharm from China, and Russia’s Sputnik V coronavirus vaccine.

“Some of these manufacturers are in the final stages of the approval process for use of the vaccines in South Africa,” he said at the time.