UglyFood in talks to raise up to US$1M seed funding, looks to close the round by Aug 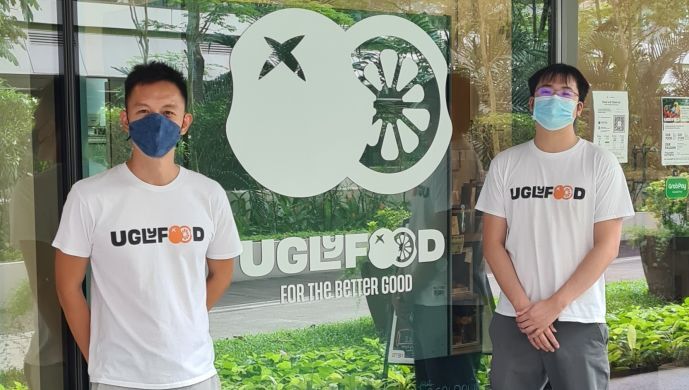 UglyFood, a food waste management company based in Singapore, is in discussion with three investors to raise its first round of seed financing of up to US$1 million, a top company executive told e27.

The capital being raised will be used to fund the foodtech startup’s marketing and outreach efforts, mainly for its games section.

“We expect to close this (fundraising round) by August this year,” said General Manager Sean Goh.

Also Read: Bringing innovation to the table: Why foodtech is the next frontier in Southeast Asia

UglyFood was founded in 2017 by Lee Zhong Han, Yeo Pei Shan, Foo Lin Geng, and Augustine Tan — all in their 20s — with a mission to eliminate food waste and revamp the food ecosystem. Its aim is to make sustainability a part of people’s everyday lives.

The startup operates in the fruits and vegetables space by selling excess/ugly produce, and creating content on sustainability.

In addition to groceries, UglyFood also operates in three other categories: workshops, comics and games.

As for workshops, the company hosts negotiation and educational workshops for companies and schools. Currently conducted in person, the venture is moving this virtually to expand its addressable market.

UglyFood also creates comic content(by its in-house designers team). The aim is to educate about food waste in a fun and lighthearted way. The company gets corporate sponsors for this project, and it also works with companies to create specific messages.

“The mobile game, Uglyfood Matchwars, will be launched this month. It is a multiplayer puzzle game that teaches players the difference between perfect, ugly/blemished and spoiled produce. The aim is to encourage and nurture environmentally friendly behaviors, through repetitive learning in gameplay,” shared Goh.

Geographic expansion is also on the anvil for UglyFood, with markets like Indonesia, Thailand and Vietnam on the list of the first phase. “These are important agricultural countries in Asia. Singapore is just a sandbox for us and the potential is outside the city-state,” said Tan, who co-founder at UglyFood.

Speaking of the main challenges facing the industry, Tan explained that the food and beverages industry has been slow in adopting technology and is filled with traditional businesses that prefer to stick to their usual ways. Much of the supply chain is still human-intensive.

“There’s a saying ‘if it works, why change it’. Though there’s been progress in digital adoption due to the COVID-19 spread, there’s still a long way to go. With government efforts and the public becoming more aware, their view on clearing excess supply has taken more of a priority,” Tan concluded.

In Southeast Asia, food waste management — which has many facets and branches– is relatively a new industry. Among the early players, TreeDots is probably another player, whose product comes close to that of UglyFood’s.

TreeDots is basically a wholesale distributor of surplus and imperfect food supplies in Southeast Asia. It leverages on technology to better match supply and demand and streamline transactions.

It helps suppliers recover cost from perfectly edible, imperfect and unsold inventory, and to assist food service providers and households in sourcing for affordable food supplies.

The post UglyFood in talks to raise up to US$1M seed funding, looks to close the round by Aug appeared first on e27.