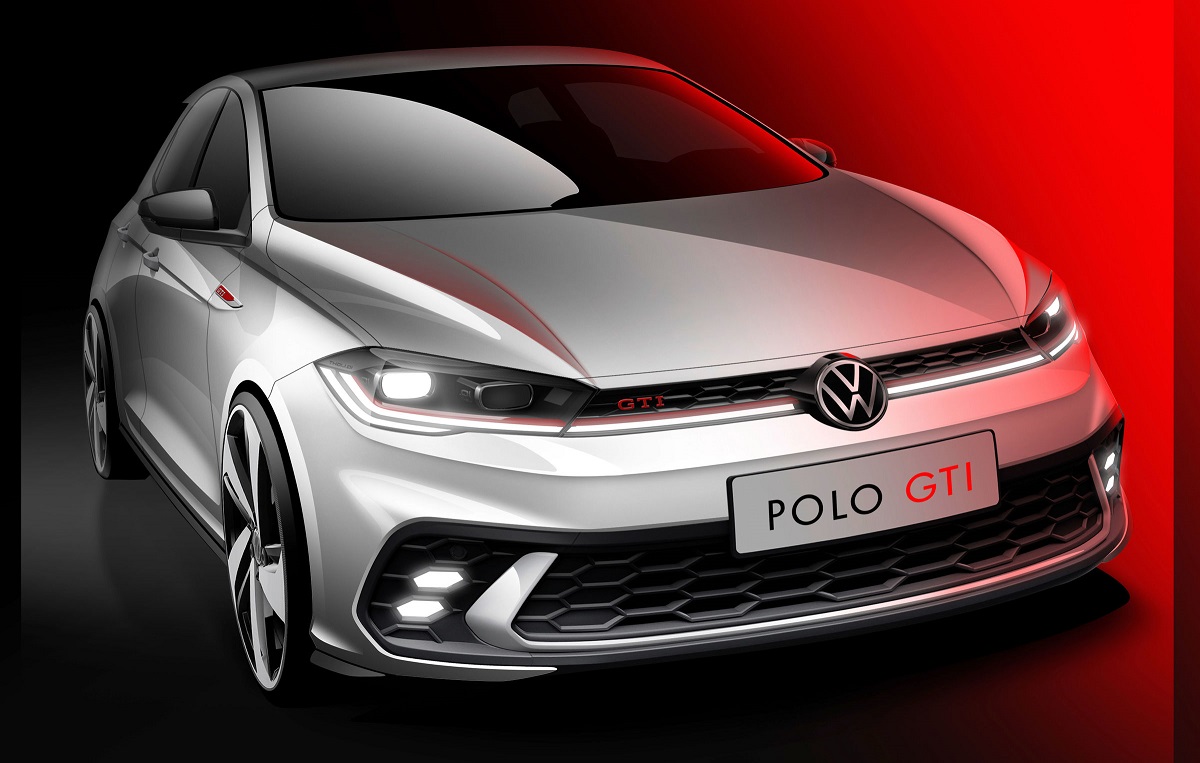 Having taken the wraps off of the facelift Polo last month, Volkswagen has now released the first official teaser of the revised Polo GTI in the form of a sketch.

Confirmed to debut at the end of next month, the revisions build on those of the standard Polo with the addition of the same red band running underneath the grille and into the headlights as the now discontinued Mk 7.5 Golf GTI, the honeycomb lower intake from the Golf 8 GTI and the same GTI badging on the wings as those of the latter.

Riding on what appears to be the same alloy wheels as the Mk 7.5 GTI, though expect a selection of other designs to be offered as well, the Polo GTI is likely to receive model specific details inside such as a GTI badged steering wheel, model specific materials and finishes, graphics and readouts within the 10.25-inch Active Info Display instrument cluster and GTI embossed sport seats.

Unlike the standard Polo, the 9.2-inch touchscreen infotainment system is expected to the standard along with the new Travel Assist system that allows for partial semi-autonomous driving where allowed.

Declining to go into any technical details, Wolfsburg is expected to keep the current GTI’s 2.0 TSI engine, though it remains to be seen whether it continues to produce 147kW/320Nm or the 152kW/320Nm as the recently re-introduced German market model. Regardless of output though, the sole transmission on the cards is the carryover seven-speed DSG.

With Volkswagen South Africa having confirmed local market availability and production of the facelift Polo from the first quarter of next year, expect the refreshed GTI to be introduced soon after with a starting price higher than the current pre-facelift version’s R453 700.