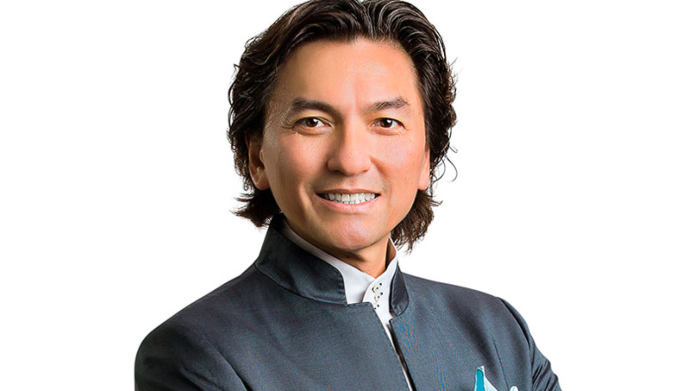 Vickers Venture ensnared by alleged fraud; It’s been caught up in the allegedly fraudulent nickel trading scheme of a Singaporean businessman and his Envy Global Trading; The alleged mastermind, Ng Yu Zhi, has been charged with a range of suspected crimes from faking the purchase and sale of nickel to falsifying transfers from Citibank and account statements that showed millions in funds.

GajiGesa, a fintech focused on Indonesian workers, raises strategic investment; The backers include OCBC NISP Ventura and the founders of Kopi Kenangan; GajiGesa also recently expanded beyond the enterprise space with a new employee management system for SMEs and micro-SMEs; The startup announced a US$2.5mn seed round led by Defy.vc and Quest Ventures in February.

Hong Kong tycoon Li Ka-shing’s firm to focus on funding SEA’s tech startups; Horizon Ventures will focus primarily on the Indonesian market; It has partnered with Alpha JWC Ventures to identify startups; In the past year, the two VC firms invested in Kopi Kenangan, Ajaib and Bobobox.

Singapore’s ProSpark secures seed funding for its corporate e-learning and training solution; Investors include AC Ventures (lead), 500 Startups and Azure Ventures; ProSpark has already expanded into the Philippines and attracted many prominent client base, including Gojek and Kopi Kenangan.

Malaysian B2B e-wholesaler Lapasar lands US$1.8M funding; Round was led by NEXEA and shopper360; The startup targets to serve 10K grocery stores, restaurants and hawker stalls over the next 24 months with its new mobile app Lapasar-Borong.

What does the future of CBDCs actually look like and why does it matter?; A centrally-backed digital currency provides better security, while reducing fraud and lowering costs; It allows for better monitoring of financial activity making crimes such as tax evasion much more difficult and offers a higher level of control and traceability in comparison to private cryptocurrencies and cash.

Chinese unicorn to launch its robot waiters in Singapore, other markets; Keenon Robotics has already launched operations in Japan in March and is looking to also expand to South Korea, Europe, North America, and the Middle East; Keenon Robotics says its robots account for about 85% of all food-serving robots ever sold in the Chinese market.

Facebook chats power a new US$48bn market in social commerce; In Thailand almost half of all ecommerce takes place through social media or chat rooms on Facebook, WhatsApp or Line’s app; The rapid adoption of commerce via social media across the region could offer valuable lessons to internet giants like ByteDance and Instagram, which are experimenting with the format as they try to disrupt the traditional styles of platform commerce.

Livestream e-commerce goes mainstream; The tech and its business model deliver an interactive experience for brands, influencers, or celebrities to promote and sell products; and for consumers to participate by asking questions and shopping during the event.

BlackRock, Temasek to establish new funds to invest in late-stage environmental startups; Decarbonisation Partners is going to establish several funds with the initial injection of US$600mn; Eventually, they aim to hit the anticipated US$5bn+ in AuM in the coming years.

Getting risk culture right in the age of hybrid working; Having a workforce that understands the new risk elements in their work environment will go a long way to support a robust risk culture; Training programmes should be put in place to ensure that employees and customers are educated on security awareness to minimise security risks and to remind employees of the importance of upholding the company’s risk culture.

MAS launches global fintech Hackcelerator for a greener financial sector; FinTech firms and solution providers around the world are invited to submit innovative solutions to address over 50 problem statements that have been collected from financial institutions and green finance industry players.

What it takes to keep SEA’s digital economy booming; A total of 40mn new users were added in SEA in 2020, which brings the total to 400mn users; 70% of SEA is now online; Majority of new consumers are from non-metro areas; They spent on average an hour more a day on the Internet during lockdowns, with the highest spike in the Philippines.