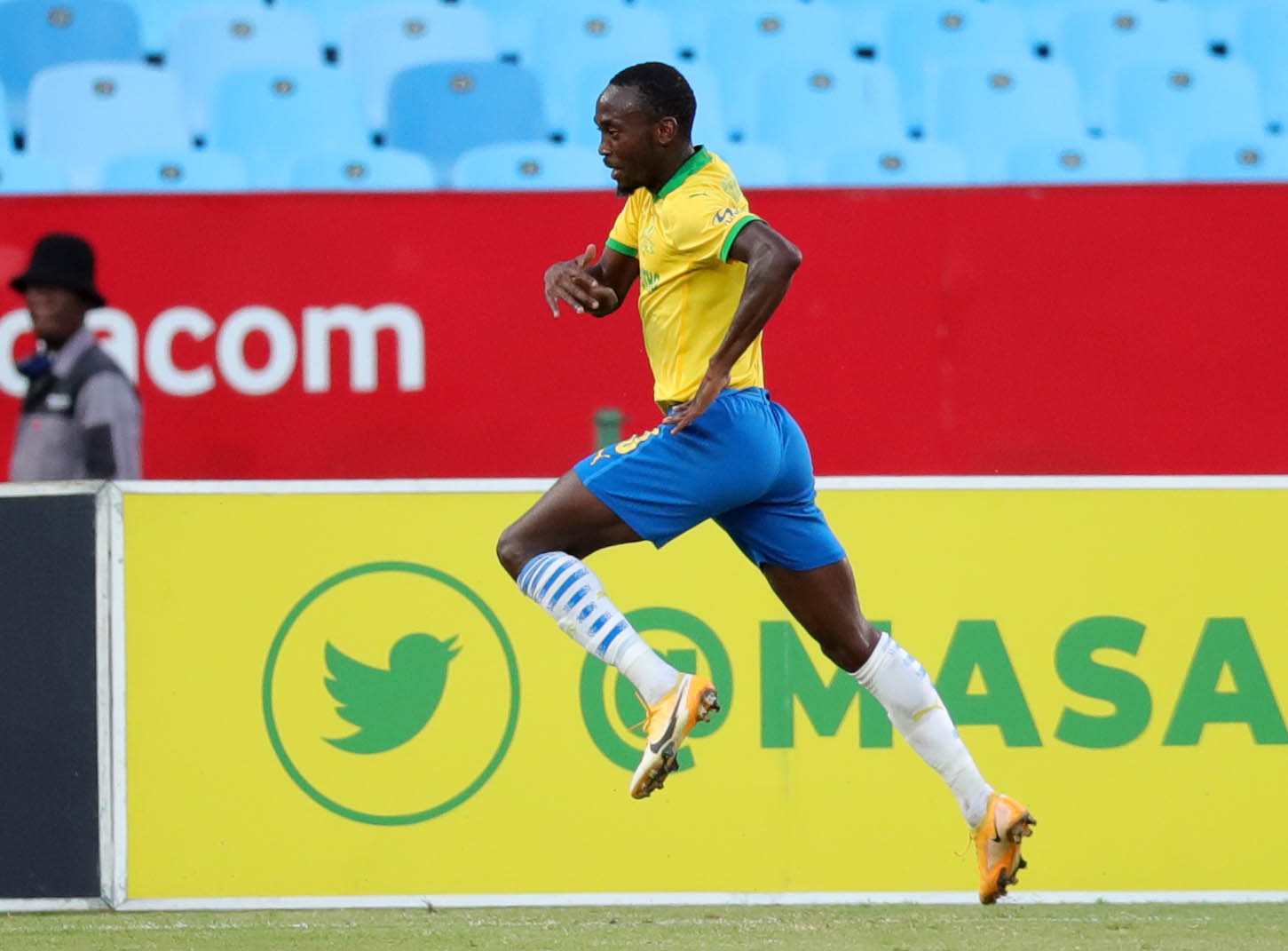 Mamelodi Sundowns have taken full control of the race to the DStv Premiership title after beating TS Galaxy on Sunday afternoon to move seven points clear off chasers AmaZulu.

Both teams have now played the same amount of games ahead of the last four rounds of the league. The Chloorkop-based outfit now only need two wins to secure a fourth straight title.

Peter Shalulile got the only goal of the match when he was at the end of a Sundowns attack in the 17th minute when he headed past goalkeeper Westen Van Der Linde to net his 11th league goal of the season, falling two behind leading goal scorer Bradley Grobler in his bid to retain the Lesley Manyathela Golden Boot which he needed 16 goals to claim it last season with Orlando Pirates’ Gabadinho Mhango.

About 15 minutes later, The Rockets had an opportunity to level matters when referee Tshidiso Mkhwanazi pointed to the penalty spot after Mosa Lebusa was adjudged to have handled the ball in the box. Veteran attacker Lindokuhle Mbatha stepped up and took a tame shot towards Kennedy Mweene, who sprung to palm his attempt away.

Mbatha did not return for the second stanza as he was withdrawn by Owen Da Gama, who brought on Masikhale Phongolo in his place while Ebrahim Seedat was recalled for Wayde Lekay, as the 24-year-old made his appearance in the league this season.

Meanwhile, the defending champions welcomed back talisman Gaston Sirino who made his comeback from injury after he missed the last three games with a slight knock. In the dying stages of game, Downs mentors Rhulani Mokwena and Manqoba Mngqithi withdrew a couple of their key players in Andile Jali and Aubrey Modiba, supposedly saving their legs as they brought on defender Brain Onyango and Mothobi Mvala, who got himself booked immediately after coming on.

After doing their bit in the league, the Brazilians are shifting their focus to the Caf Champions League as they jet off in the coming days, heading to Egypt where they will take on their former head, Pitso Mosimane’s side Al-Ahly in the in the first-leg quarterfinal next Saturday, with the return-leg scheduled for a week later in Pretoria.