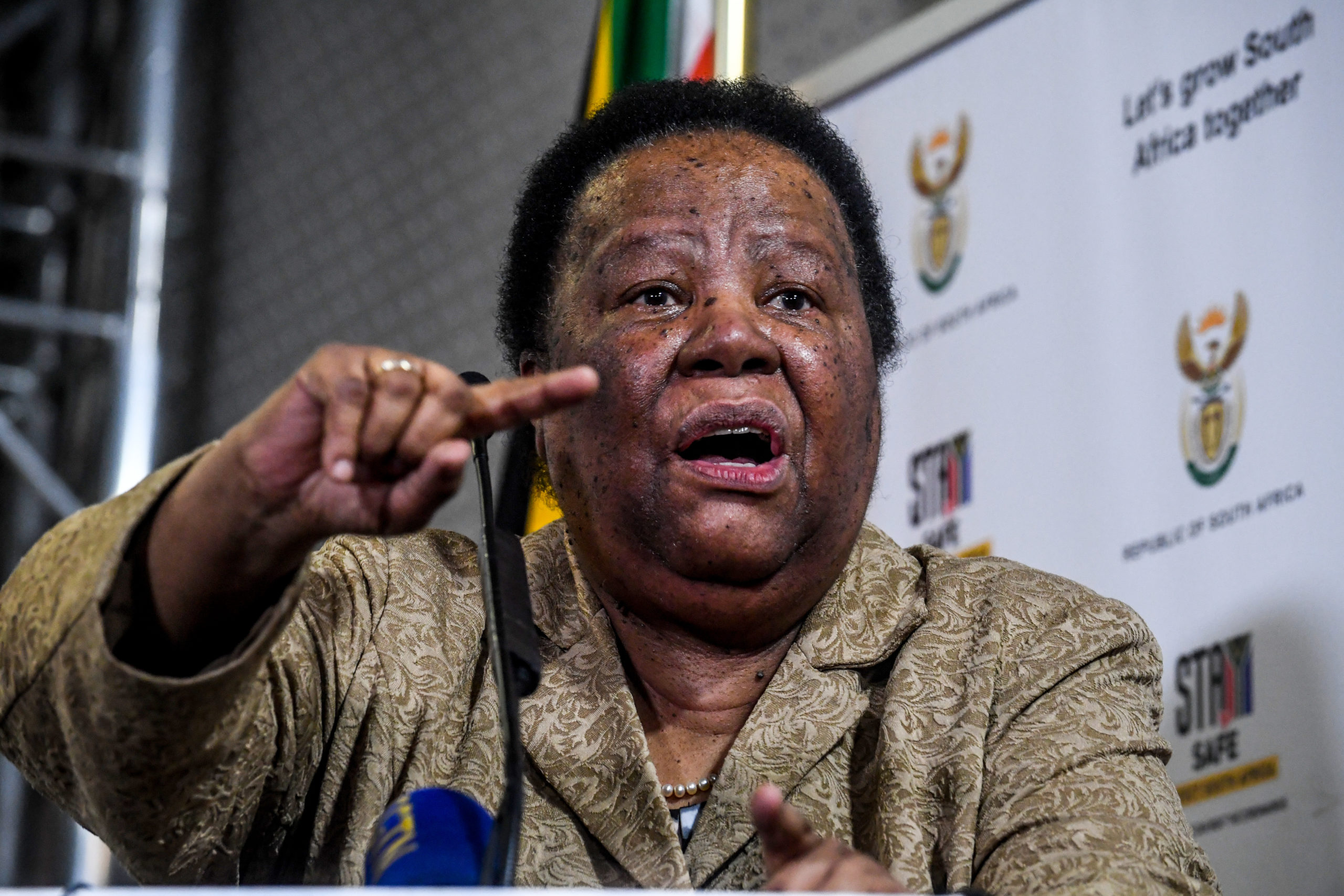 In an interview with CNN’s Christiane Amanpour on Wednesday, Pandor admitted the ANC faced challenges with implementing the resolution and said the party had to address the “absence of ethics and integrity” in its ranks.

“It has been a tough challenge but Ramaphosa is very, very resolute in his intention to address the malfeasance that had been prevalent in our country and to ensure we restore public credibility and address criminal actions by a number of people,” Pandor said.

She was speaking in London where she is attending the G7 meeting summit in her capacity as South African minister of international relations and cooperation.

The ANC has been grappling to implement its 2017 Nasrec conference resolution on the temporary removal of members who are charged with corruption and other serious crimes in a bid to clean up its public image.

At the centre of ANC divisions  is embattled secretary-general Ace Magashule’s defiance of the NEC’s call for him to vacate office because of his corruption trial in the Free State.

Under the terms of his suspension, the secretary-general has been barred from representing the ANC or mobilising any of its structures, but he will be entitled to his full salary.

ANC KwaZulu-Natal deputy chairperson Mike Mabuyakhulu and the mayor of JB Marks Municipality in the North West, Kgotso Khumalo, have heeded the NEC’s call to step down from their posts.

Pandor said it was very important for the ANC-led government to “clean up the public sector”.

“A number of people have been charged and of course we have an independent judiciary and we’ll accept the outcome of the trials. It’s is our hope that all those who are corrupt will end up in prison.

“There is also corruption in the private sector and we’ve got to address this absence of ethics and integrity, and ensure that our security and law enforcement agencies are able to catch these criminals,” she said.

Magashule maintains he remains in his position despite the ANC informing him this week of his suspension in a letter.

He said he would appeal the “factional and unconstitutional” move to suspend him and in turn suspended Ramaphosa over allegations of vote buying involving his CR17 ANC presidential campaign. This has been questioned by several senior ANC leaders who argue Magashule does not have the authority to suspend Ramaphosa.

MK Military Veterans Association spokesperson Carl Niehaus on Thursday defended Magashule’s suspension of Ramaphosa, saying it was in line with the resolutions taken at the 2017 Nasrec conference.

“He acted in terms of the authority vested in him in the NEC as far as the NEC has to execute the resolutions of the national conferences.

“And if you look at the letter our secretary-general sends to Ramaphosa, that letter very clearly states he is doing so in terms of that resolution and he provides the correct clauses of the resolution as it was taken at the Nasrec conference,” Niehaus told The Citizen.