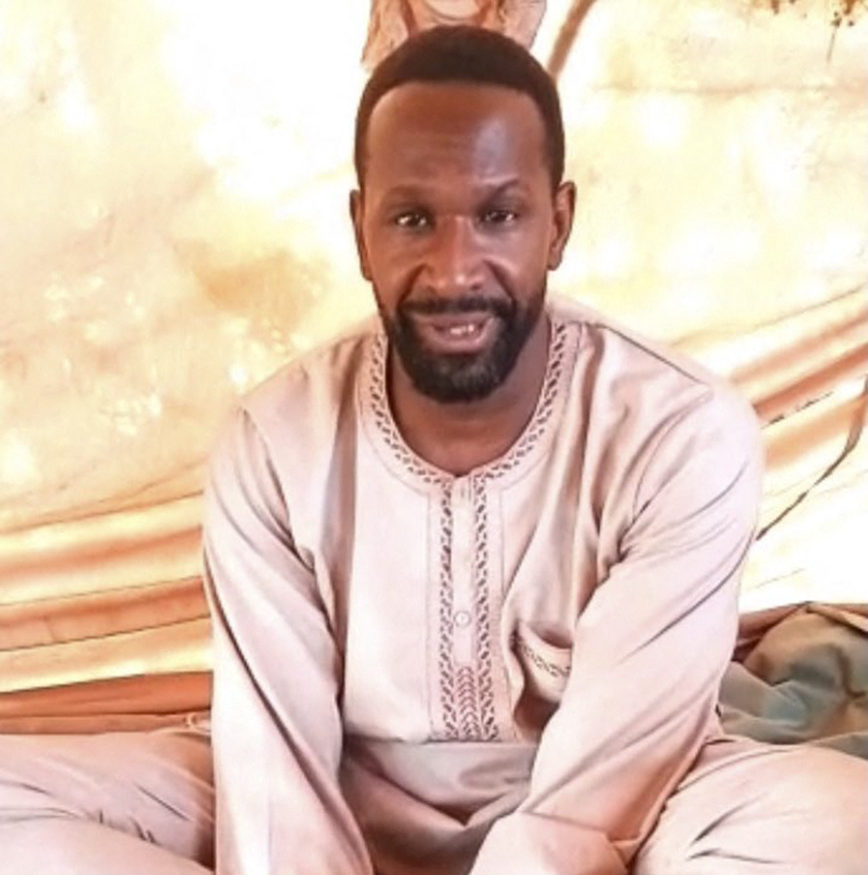 Bamako – A missing French journalist said he was kidnapped in Mali by a jihadist group with links to Al-Qaeda, according to a video circulating on social media Wednesday, the latest foreigner to be taken hostage in the West African country.

The video of Olivier Dubois, who worked with several French media, could not be immediately verified independently, although Reporters Without Borders (RSF) and the French government confirmed he was missing.

In the undated video, which lasts about 20 seconds, Dubois, 46, said he was abducted on April 8 in Gao, northern Mali, by the Group to Support Islam and Muslims (GSIM), the biggest jihadist alliance in the Sahel.

He is seen seated on the ground on a green sheet, in what could be a tent, dressed in a light pink traditional gown, with his beard trimmed.

Speaking in a firm voice, he asks his family, friends and the French government “to do everything in their power to get me released”.

French government spokesman Gabriel Attal confirmed Dubois’ disappearance in Mali. “I want to immediately send my thoughts to him, his family and all the publications he usually works with,” he said.

Christophe Deloire, the general secretary of media watchdog RSF, tweeted that the journalist had been reporting in Gao, but went missing on April 8.

“This experienced journalist, who usually works for Le Point Afrique and Liberation, knows this highly dangerous region well,” he said.

Deloire added: “We were informed two days after his disappearance. In consultation with the editors he usually worked for, we took the decision to not to make this abduction public, in order not to hamper any swift positive outcome.”

He urged the Malian and French authorities “to do everything to secure his freedom”.

‘Other side of the mirror’

Dubois had been writing regularly for Liberation, a left-of-centre daily, since April last year.

In a statement published on its website, the newspaper said that Dubois “now finds himself on the other side of the mirror, himself a captive.”

It said Dubois had travelled to Gao to interview a jihadist leader. He disappeared after leaving his hotel on April 8, the statement said.

“Two days later, he did not board the return flight to Bamako,” it said, referring to Mali’s capital.

A French foreign ministry official said that the government is in contact with Dubois’ family and the Malian authorities.

“We are carrying out the usual technical verifications (of the video),” the official added.

A French expert on jihadist propaganda, who declined to be named, said that the video surfaced on an Al-Qaeda-affiliated Telegram channel called Wareeth al-Qassam on Wednesday morning.

No group has yet claimed responsibility for the kidnapping, however.

Mali has been struggling to contain an Islamist insurgency which first broke out in the north of the country in 2012 before spreading to the centre and neighbouring Burkina Faso and Niger.

Thousands of people have been killed and hundreds of thousands have fled their homes, while the economic impact on one of the world’s poorest countries has been devastating.

Abductions have been frequent, both of Malians and foreigners.

The last French hostage was Sophie Petronin, an aid worker in her 70s, who was freed in October last year along with Malian politician Soumaila Cisse, who has since died, and Italians Nicola Chiacchio and Pier Luigi Maccalli.

There has been consistent speculation that a ransom was paid for the four hostages, which has never been confirmed by the Malian government, along with the release of 200 prisoners, some of whom were jihadists.

In October, Switzerland was informed that the GSIM had killed an evangelical missionary who had been kidnapped in Timbuktu in January 2016.

In March, the Swiss foreign ministry said the woman’s body had been recovered and formally identified.

The shadowy GSIM group operates largely out of Mali, but fears are growing that its fighters are seeking to expand regionally.