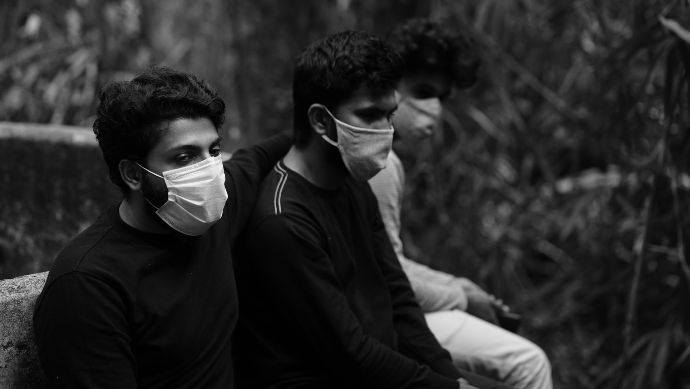 India is in the middle of a catastrophe.

The staggering number of COVID-19 cases and the fatalities from the second wave of its spread have set alarm bell ringing around the world, with experts predicting the worse is yet to come.

India’s healthcare system has been heavily overloaded and there has been a massive shortage of hospital beds, oxygen cylinders and concentrators and other basic medical equipments. Footages of patients gasping for oxygen and dying at medical facilities have shaken the conscience of the nation.

As of writing this piece, India has reported 382,315 new cases, taking the overall case count to more than 20.5 million.

Also Read: How data can help the global fight against COVID-19

Although an inoculation drive is on, covering the entire 1.3 billion population in the near future is an impossibility. If the contagious virus is not bridled now, India could slip into an abyss sooner or later.

What is so heartening amidst all this suffering and anguish is that many the UN, foreign governments and private agencies are coming forward to lift India from the cataclysm. The tech/startup communities in and out of India are also doing their bit to help.

In Singapore, several agencies are already working towards this cause. The husband-wife duo of Prantik and Dipti Mazumdar was one of the first in the city-state to launch a crowdfunding campaign. Titled Let’s Help India Breathe!, the duo intends to raise a total of US$25,000 from donors.

“Over the last month, we have been deeply concerned about our family, friends, colleagues and loved ones back in India, given the emergence of the new variant that has hit India like a tsunami. The country has been reporting 300,000-400,000 COVID+ cases per day,” said Mazumdar, a venture investor and mentor at NUS Angel Ventures.

“This made us feel very helpless and hence we decided that being outside, the least we could do is to galvanise and mobilise the diaspora and our friends, colleagues and network in Singapore through a dollar-for-dollar matching crowdfunding campaign on Milaap,” added Mazumdar, who is part of the executive leadership team at dentsu International.

For the campaign, the Mazumdars have partnered with Swasth Alliance and ACT Grants (the brainchild of around 40 marquee investors like Accel Partners, Lightspeed Ventures and Kalaari Capital).

Currently, Swasth and AGT are focusing on procuring and delivering oxygen concentrators from overseas markets like China, Taiwan, Hong Kong, Singapore, the US and the UK.

The response has been encouraging, he said, as the campaign has managed to raise over S$185,000 from 839+ donors from 10 nations (Singapore, Indonesia, Malaysia, India, Australia, New Zealand, the US, HK, the UK, and Dubai).

Temasek and Giving.SG are also part of this campaign. These organisations are helping with procurement, logistics and delivery of the oxygen concentrators to India.

Also Read: Has COVID-19 pushed us into the digital future?

TiE Singapore, a global entrepreneur and investor foundation, is also running a fundraising campaign, titled Mission India, which intends to raise US$1 million in total.

“TiE is requesting and calling upon companies, executives and individuals to contribute generously to this fundraiser. Help us spread the word through your friends, families, colleagues and alumni so that we can collect the funds. All proceeds are funnelled through our credible partners to procure and deliver oxygen concentrators and other medical equipment to hospitals across multiple cities in India,” reads a statement on TiE’s campaign portal.

All proceeds will be disbursed via the Singapore Red Cross.

Alternatively, TiE also facilitates donors to donate via Milaap. All proceeds from this crowdfunding platform will be disbursed via TiE’s preferred partners like Swasth, ACT Grands and Mission Oxygen.

In addition to these campaigns, several India and US-based startups and investors have also launched various initiatives to lend a helping hand to Indian in the time of distress. They include Amazon India, Zomato, Paytm Foundation, Razorpay.

LogiNext, a global technology and automation company, is also working on giving oxygen supply a boost in India.

“While there is a fair supply of oxygen that exists, there is a disconnect when it comes to distribution chains. LogiNext is in the process of launching a service in collaboration with over 50 delivery platforms in the country to help deliver oxygen cylinders. The service will integrate an oxygen delivery option in addition to the regular delivery requirements that the platforms address,” said Dhruvil Sanghvi, CEO, LogiNext.

Photo by Firos nv on Unsplash

The post How Singapore’s tech community is helping India in its battle against COVID-19 appeared first on e27.