WATCH: ISS astronauts splash down off Florida on SpaceX craft 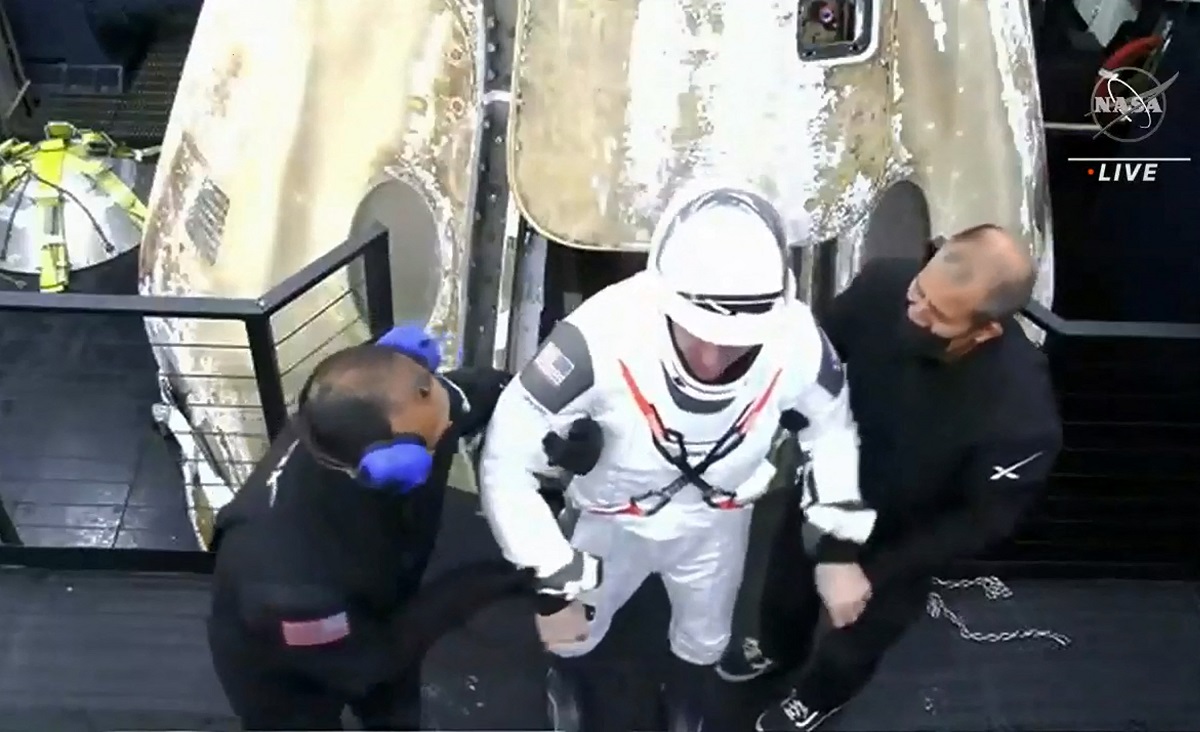 Boats were retrieving the spacecraft and crew after their six-month mission aboard the International Space Station.

The crew reported they were feeling well, NASA said.

The capsule splashed down at 2:56 am (0656 GMT) in the dark in the Gulf of Mexico off the Florida coast after a six-and-a-half hour flight from the ISS, images relayed by NASA’s WB-57 high-altitude research aircraft showed.

The hatch of @SpaceX’s Dragon Resilience spacecraft is open!

Astronauts Michael Hopkins, Victor Glover, Shannon Walker and Japan’s Soichi Noguchi went to space last November as the crew on the first fully operational mission to the ISS aboard a vehicle made by Elon Musk’s SpaceX, which has become NASA’s favored commercial transportation partner.

Seven astronauts remained on the ISS including a new crew of four who arrived on a different SpaceX craft last week.

“Thanks for your hospitality,” Hopkins said earlier as the capsule undocked from the space station for its return journey. “We’ll see you back on Earth.”

Prior to that, two American astronauts made a test mission to the ISS in May and stayed for two months.

That was the first launch to the ISS from US soil since the end of the Space Shuttle program in 2011. It was also the first crewed mission run by a private company, as opposed to NASA.

Until then US astronauts had caught rides to the ISS aboard Russian spacecraft.