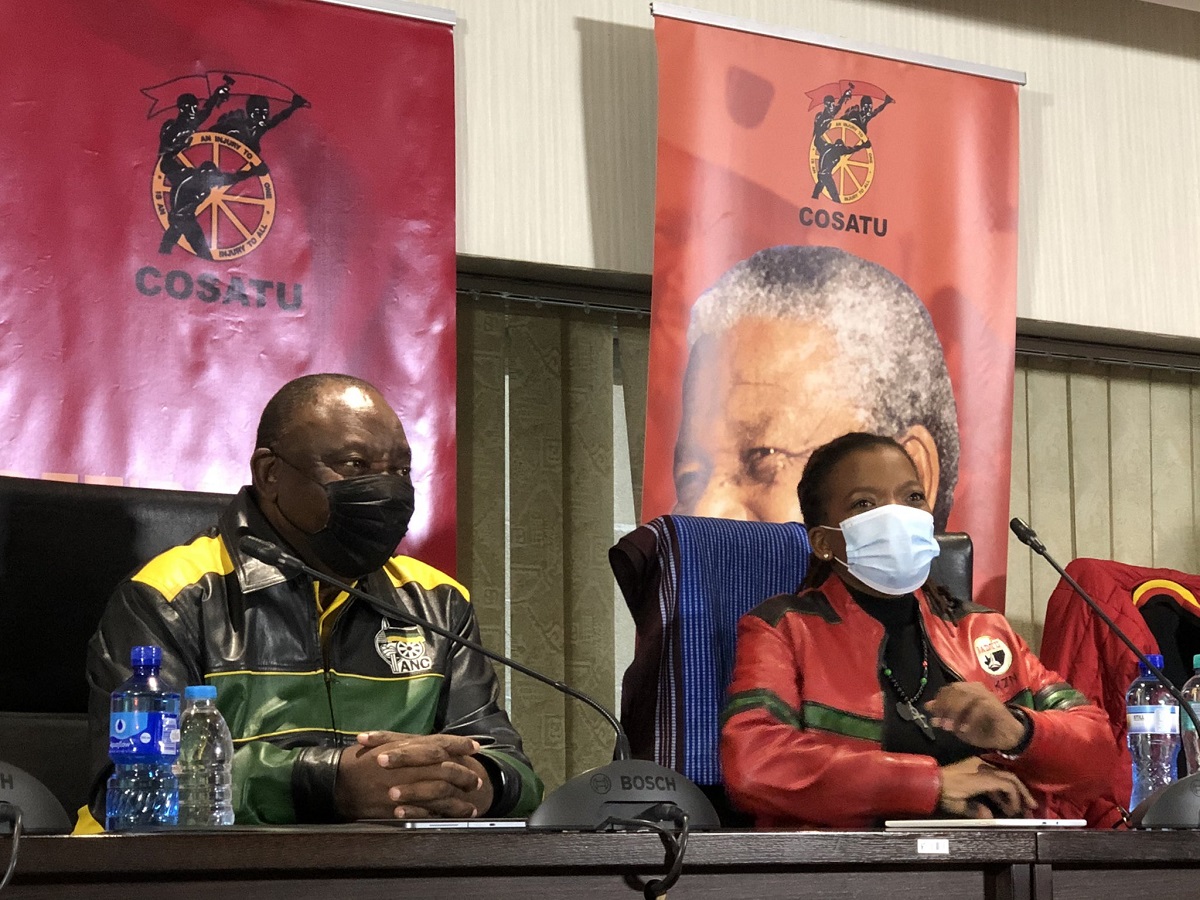 President Cyril Ramaphosa on Saturday called on leaders of the ANC-led alliance between the Congress of South African Trade Unions (Cosatu) and the South African Communist Party (SACP) to unite and work together for a decisive victory in the upcoming local government elections.

“The ANC appreciates the ongoing support of Cosatu and especially the renewed support for the forthcoming local government elections in October 2021.

“We will, as in the past, work together to develop our manifesto and wage this campaign vigorously in compliance with Covid-regulations,” he said.

Ramaphosa delivered the ANC’s message of support to workers at Cosatu’s scaled-down International Workers’ Day event held at its headquarters in Braamfontein, Johannesburg.

He said the alliance partners would work together not only to develop the manifesto and campaign for the party, but they would also participate in the selection of councillor candidates for the ANC’s lists process.

“And this must be, as you have requested, a joint effort so that those in the end who will represent our communities must know that they do so on behalf of our communities,” Ramaphosa said.

The local government elections will take place on Wednesday, 27 October 2021.

Ramaphosa said the ANC has heard the pleas of workers to improve the way the alliance functions. He said they were working together to achieve this.

“Every process of reform is painful and will encounter resistance. In reconfiguring the alliance, we must put in place structures that will respond to current challenges.”

Ramaphosa said part of the immediate tasks of the alliance is to focus on unity and renewal.

He said the Covid-19 pandemic and its effects on the lives of South Africans had been the “most challenging time that our country and its people have faced since the beginning of the democratic era.”

He also praised the leaders of the alliance for showing unity throughout this period.

“A united alliance, made of the peoples movement, the vanguard and the fighting force for workers, and a vibrant civic organisation, is still the best force to drive the national democratic revolution. It is certainly a strong force to lead our campaign against the pandemic.”