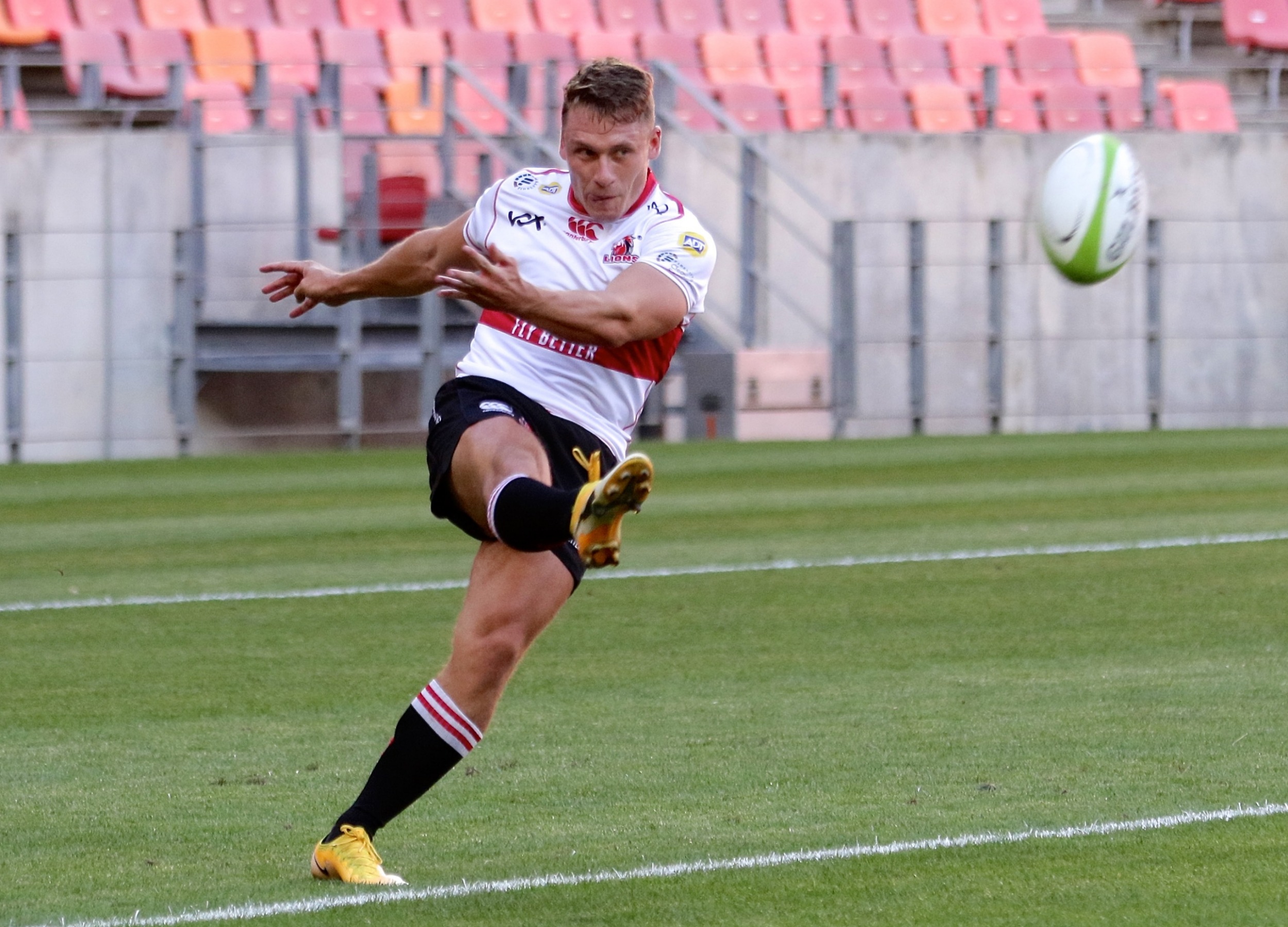 The Lions may have suffered a crucial blow with a potentially serious injury to their star fullback Tiaan Swanepoel.

Swanepoel left the field with suspected damaged ankle ligaments early in their 22-9 loss to the Bulls in the Rainbow Cup SA match at Loftus over the weekend and he could face an extended spell on the sidelines.

The Lions said he would be assessed by their medical team on Monday.

The visitors, meanwhile, looked back on the game as one of missed opportunity and they had only themselves to blame, according to Lions coach Cash van Rooyen.

“The biggest Achilles heel for us was penalties and turnovers conceded in our own half,” lamented Van Rooyen.

“In our attempts to kick out against a strong wind we made unforced errors and the Bulls forced us back into our own half.”

ALSO READ: Bulls made to work hard for victory against Lions

The Lions were still very much in the game until the 60th minute, when they trailed by just 10-9, but a yellow card to Viljoen and the arrival of experienced Bulls flyhalf Morne Steyn turned the tide for the home side.

“I don’t think it is so much the tactical approach that cost us as it was the error-rate and ill-discipline that came back to haunt us,” said Van Rooyen.

The Bulls scored the only three tries of the game and it could have looked much worse for the Lions if three Bulls tries weren’t disallowed.

“The couple of times we got into their red zone we were effective, we worked hard to get into their territory, but then they turned us over and drove us back into our 22 area,” explained Van Rooyen.

Centre Wandisile Simelane and flank Vincent Tshituka were probably the Lions’ standout players, while flank MJ Pelser was great on the ground.

But eventually the Lions had to rely on flyhalf Fred Zeilinga to score all their points with three penalties.

“To be able to get that territory advantage you need to get some reward at the breakdown and to cut down on your mistakes,” added Van Rooyen.

Travelling to Durban to face the Sharks next, Van Rooyen believed they had to focus on their breakdown execution which let them down a few times.

“A few times our first or second arrival player missed the clean and missed the stealer,” he said.

“The biggest focus point is that we need to be more desperate to get to the ball.”