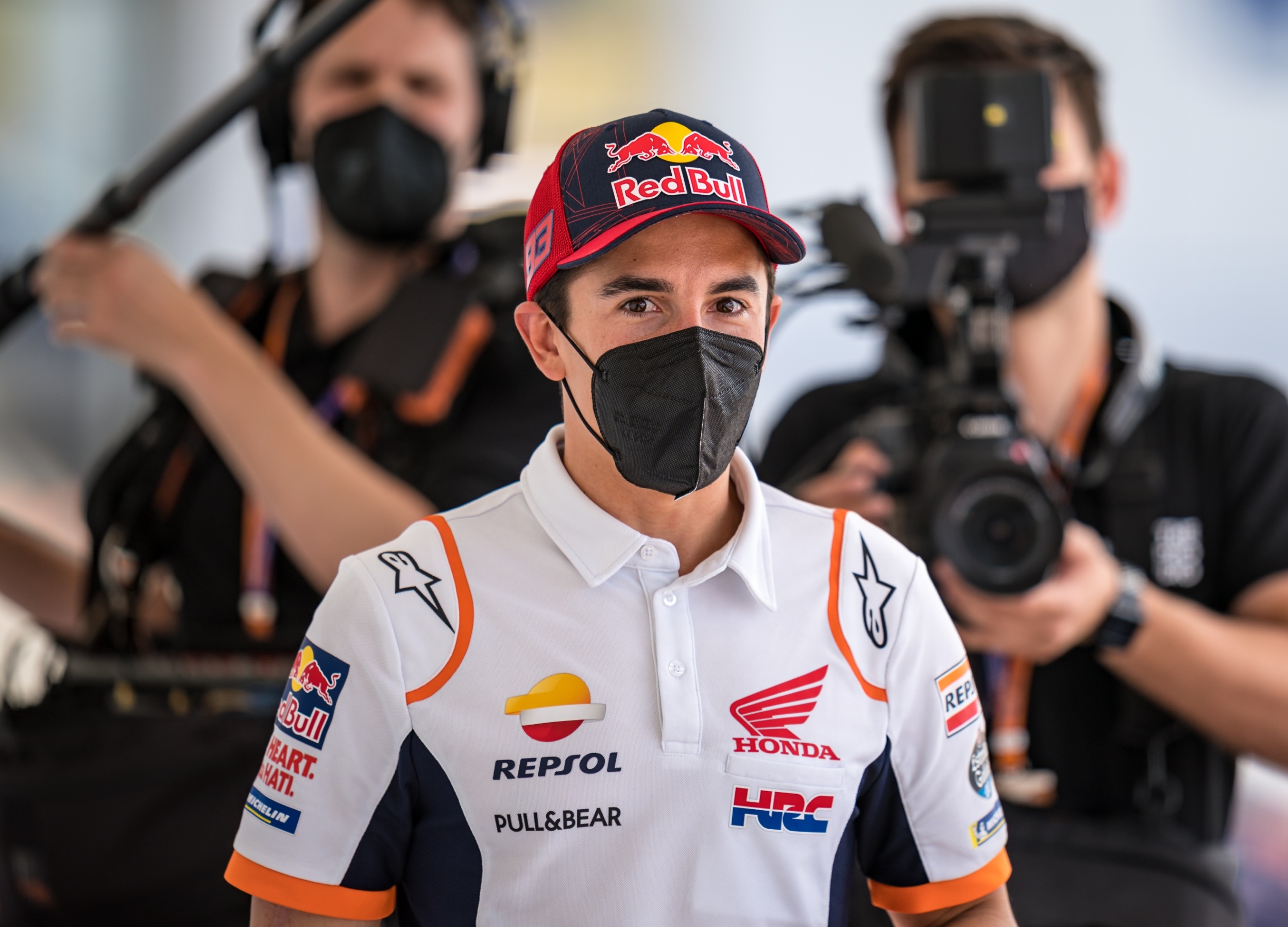 For Marc Marquez this weekend’s Spanish MotoGP brings a return to the Jerez circuit where his 2020 season went horribly wrong.

Last July, in the opening race of the campaign, the six-time world champion suffered a season-ending crash at the Andalusian circuit.

Three arm surgeries and nine months later, Marquez returned for the third race of this season finishing seventh in Portugal on April 18.

“I couldn’t control my emotions. Finishing a race is the biggest step in my rehabilitation and feeling like a MotoGP rider again was my dream,” the Honda rider said.

“The last six or seven laps I was on the bike just trying to finish the race”. His rehabilitation is limiting the work he can do to rebuild his stamina.

“I have continued to work through my recovery programme to make sure my physical condition is improving and following the advice of the doctors I have not ridden a motorcycle since Portugal,” he told his team’s website this week, suggesting that having to stay off his bike could be an incentive.

“So, of course, I am excited to get back on the bike!”

“We are here to keep improving step by step and do the best job that we can. My recovery is continuing, and the important thing is that we keep improving our consistency.”

“To feel like a MotoGP rider again was my dream,” he said Thursday.

“I don’t have a set goal (in terms of results), only to be more physically stable throughout the weekend, on a circuit where I have good and bad memories, of course, but more good ones than bad.”

Last season, with Marquez out of action, the championship turned into an unpredictable contest for the crown before Johan Mir of Suzuki grabbed his first ever title.

This year, Fabio Quartararo, who won the first two races last season before fading to eighth in the standings, has started strongly again as Yamaha have won all three races.

“Last year, I won both races at that track,” Quartararo told his team website.

“This year, I begin the Spanish GP having won the two previous races. Of course, you never know what can happen in MotoGP but I’m feeling good at the moment.”

“We know that the Jerez track suits our bike in dry and hot temperatures. Last year, in July, Fabio and Maverick scored first and second place in both races in Jerez,” he said.

“While we don’t expect track temperatures to get quite that high this year, the weather forecasts do predict a dry race weekend, so we reckon we are in with a good chance.”

“After the second place in the last round at Portimao, where I struggled a lot in 2020, I arrive at the Spanish GP full of energy and determination,” he said.

“Last year I was very competitive at Jerez, and this year I feel I can be even stronger.”

The race will again be run without a crowd and Marquez sought to turn that too into motivation.

“Let’s put on a great weekend for the fans who can’t attend,” he said.