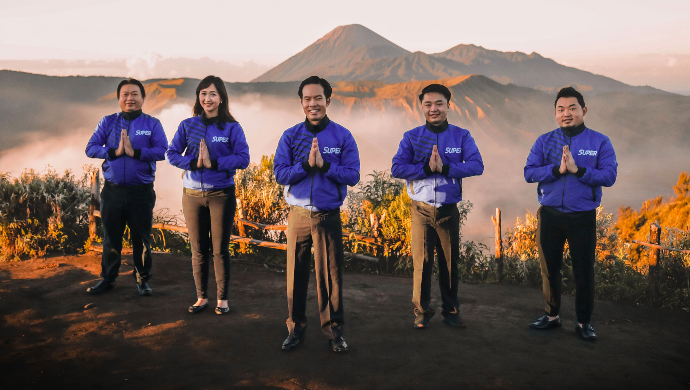 Super, a social commerce platform serving second- and third-tier cities and rural areas in Indonesia, announced today it has completed a US$28 million oversubscribed Series B round led by SoftBank Ventures Asia.

This round follows the previous oversubscribed US$7 million Series A led by Amasia, which was also joined by the likes of Y- Combinator, B Capital, Insignia, Alpha JWC Ventures.

With this round, Super’s total investment raised has crossed US$36 million.

A graduate of Y Combinator, Super is a social commerce platform. It offers Superagen, an agent-led commerce that enables community leaders to become retailers within their communities.

It uses the technology to empower community leaders to become self-made entrepreneurs by enabling them to sell various products to their communities. The startup also builds a logistics network with low cost and facilitates communication for social-buying behaviour, so the agents can sell various products through social networks like Instagram, Facebook, and WhatsApp.

“Imagine community leaders in remote villages acting as the Walmart of their community by aggregating demand. We deliver them the products once they hit the minimum order volume. They in turn carry out the last-mile delivery for their users,” explained CEO and co-founder Steven Wongsoredjo.

The price of goods in second- and third-tier cities can be up to 200 per cent higher than prices for the same goods in Jakarta. But purchasing power in these more remote areas is usually a fraction of what it is in Jakarta, he said.

“Coming from a family business that serves the retail industry in these more remote regions, I was aware of this problem from a young age. It seemed so unfair that a mother in rural Indonesia could only buy one cup of milk for one US dollar, while that same dollar could buy you two-three cups in Jakarta. We wanted to provide fair prices for citizens everywhere, so we set up Super,” he shared.

The founding team quickly realised that the key to providing reasonable prices lay in a more efficient supply chain.

“We saw how the explosion of social commerce in China and India allowed for cheaper prices for consumers in those markets,” added co-founder and former Googler Debeasinta Budiman.

“We also find great satisfaction that our agent-based model empowers mostly female micro-entrepreneurs in areas of the country that traditionally offer less economic opportunities. The fact that we connect large suppliers to these agents eliminates the need for excess fleets and warehouses in a traditionally bloated supply chain. So as we expand our reach, we also help decrease Indonesia’s carbon emissions. Super’s business model is a win-win for everyone,” he continued.

The company mainly generates revenues through direct purchase from the principal and propping the profit when selling to agents, as well as through white-labelling of products and selling them to its agents.

Super currently operates across 17 cities in the East Java region of Indonesia. The company leverages a hyperlocal logistics platform to deliver consumer goods to agents, usually within 24 hours of order.

The startup partners with thousands of community agents to distribute millions of dollars’ worth of goods to their communities each month.

The company plans to double down on its presence in East Java and launch in other Indonesian provinces later this year.

At present, Super is focused on FMCG products and will look to expand its product range with the current fundraise. The proceeds will also go towards further developing its own recently launched white label brand, SuperEats.

Also Read: A look at the future of social commerce

Speaking of the competition, Wongsoredjo said. “If you track down social commerce in Indonesia, there are a few players, some of who do fashion products and some cosmetics etc, but there is no one in the FMCG space. Then, there are unicorns like Tokopedia but they are actually complementing our business.”