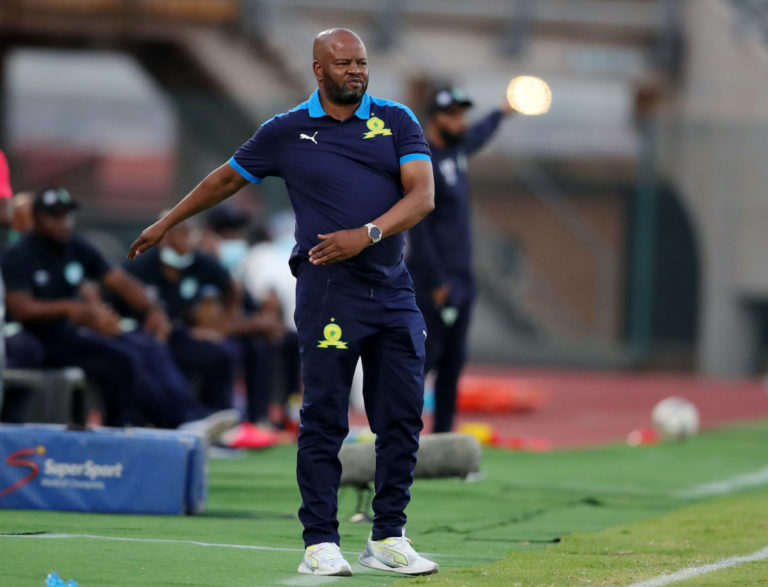 ‘We are a team that create a lot of goalscoring opportunities,” said Sundowns co-head coach Manqoba Mngqithi.

Mamelodi Sundowns co-head coach Manqoba Mngqithi is confident his side’s woes in front of goal are just temporary, as they prepare to take on Orlando Pirates in the DStv Premiership at Orlando Stadium on Sunday.

Masandawana’s goalless draw with Golden Arrows on Wednesday was the third time in four matches that they have failed to hit the back of the net, after they also drew a blank in the Nedbank Cup semifinal loss to TTM and a goalless draw with AmaZulu, who are catching Sundowns up fast in the race for the league title.

Sundowns’ only goal in their last four games, indeed, came in a 2-1 defeat to Kaizer Chiefs, and if they have not been helped by an injury to Peter Shalulile, who may return against the Buccaneers, this is a side that has the squad depth to cope and then some.

“If we take it game by game, against TTM, who took us out of the cup, we had ten shots on target and 16 shots on goal in total,” said a matter-of-fact Mngqithi.

“Their goalkeeper was man of the match. Against AmaZulu we did not have a very good first half. In the second half we had very good moments to steal the game, but we did not score. Coming into this one (Arrows) it was very tight, it was difficult to create clear goalscoring opportunities. Their transition from attack to defence is very quick and they have a lot of physicality.

“Unfortunately in football at times you go through a rough patch where you don’t get goals, the players who were scoring regularly are just not getting goals now. Peter (Shalulile) has been trying, Mshishi (Themba Zwane) Gaston (Sirino), Kermit (Erasmus) …. this will soon pass, we are a team that create a lot of goalscoring opportunities.”