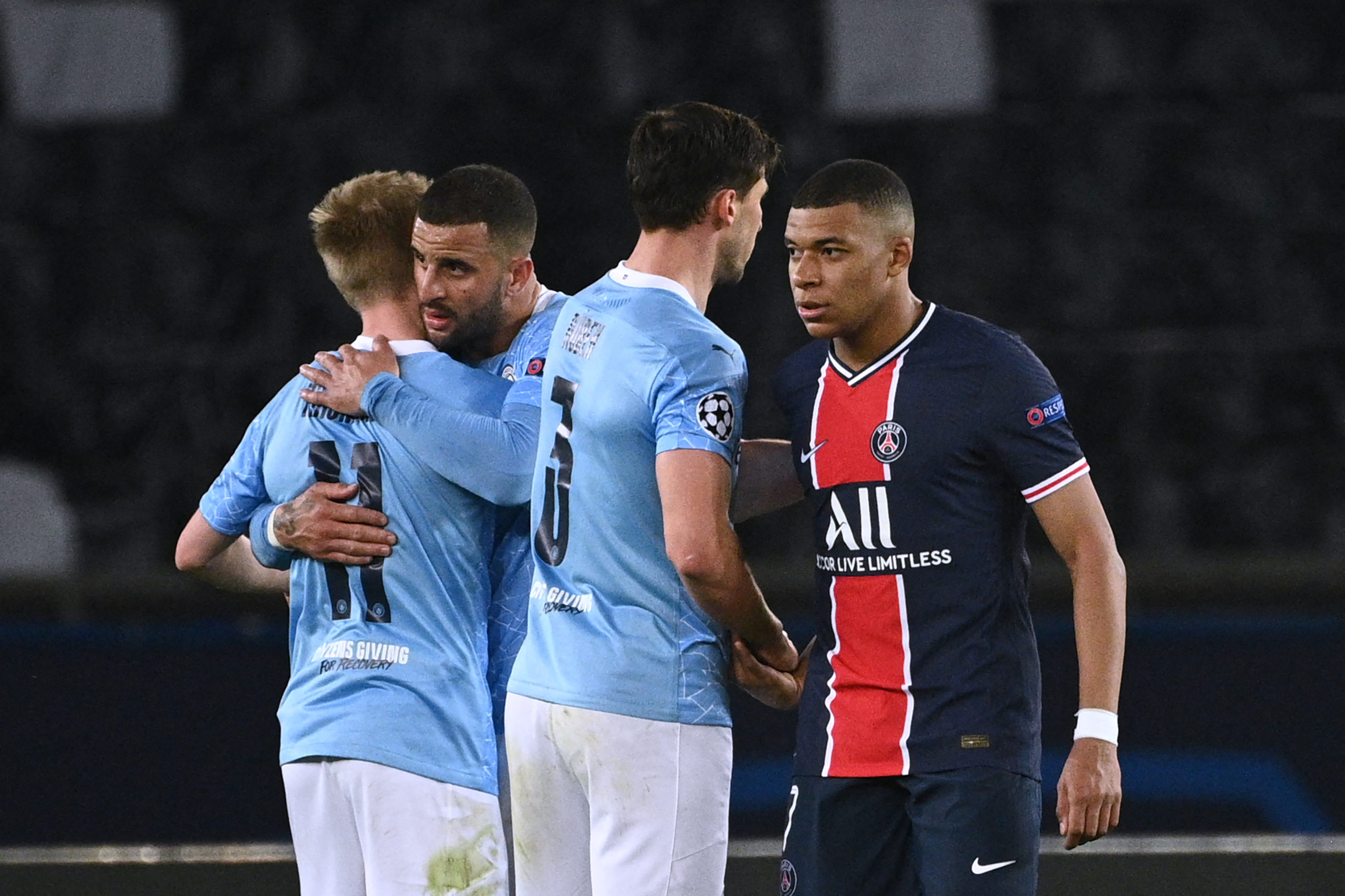 After 10 years of trying and billions spent to make it possible, Manchester City are closer to winning the Champions League than they have ever been.

A come-from-behind 2-1 win away to Paris Saint-Germain on Wednesday has put Pep Guardiola’s side in sight of the final.

The threat posed by PSG’s star duo Neymar and Kylian Mbappe remains ahead of Tuesday’s semi-final, second leg in Manchester, but City appear to have learned from many years of harsh lessons in Europe’s premier club competition.

A clash between the French champions and soon-to-be-crowned Premier League winners was also a proxy battle between Qatar-owned PSG and Abu Dhabi-backed City.

Despite changing the face of European football with their investment in the transfer market over the past decade, both clubs are still waiting for the ultimate glory of winning the Champions League.

Having this time seen off the German giants in the quarter-finals, Mauricio Pochettino’s men started like a team determined to go one better this year.

In Guardiola’s first four seasons in charge of City, setbacks in Champions League knockout ties have often deteriorated into collapses.

Monaco, Liverpool, Tottenham and Lyon all scored multiple times in quick succession to oust City before the semi-final stage.

But crucially, there was no repeat of that this time as Champions League’s meanest defence kept PSG at bay until after the break.

– No surprises from Guardiola –

In another change from previous seasons, there was no surprise in Guardiola’s team selection for a big Champions League tie.

The former Barcelona and Bayern Munich boss has often been accused of overthinking his tactics in the latter stages of this competition, only to cause confusion among his own players.

This time he stuck by the striker-less system that has carried City to the brink of a third Premier League title in four years.

The flexible front four of Kevin De Bruyne, Phil Foden, Riyad Mahrez and Bernardo Silva took the ball and control of the game away from PSG in the second half.

“We are good playing in a certain way, we cannot do it another way,” said Guardiola, on his side’s passing rhythm.

“Only what I want is to be ourselves in the second game.”

Perhaps most importantly of all, City’s luck on the Champions League stage may also have changed.

Controversial refereeing decisions and VAR interventions played a major part as they bowed out to Liverpool, Tottenham and Lyon in the past three years.

There was no debate over the red card shown to PSG midfielder Idrissa Gueye 13 minutes from time.

But City were fortunate for both their vital away goals.

Then the Belgian’s decision to step aside for a free-kick 19 minutes from time proved inspired as Riyad Mahrez’s strike slipped through a gaping hole in the PSG wall.

By the time PSG arrive in Manchester next week, his third Premier League title could have been sealed, to go with three league crowns in both Spain and Germany.

But the trophy Manchester City covets most is the one that has eluded him since he won his second Champions League as Barcelona coach in 2011.

City’s mission is not yet complete, but they finally have the look of Champions League winners.