Why do journalists start up? To not be kept down by “uncaring” journalism 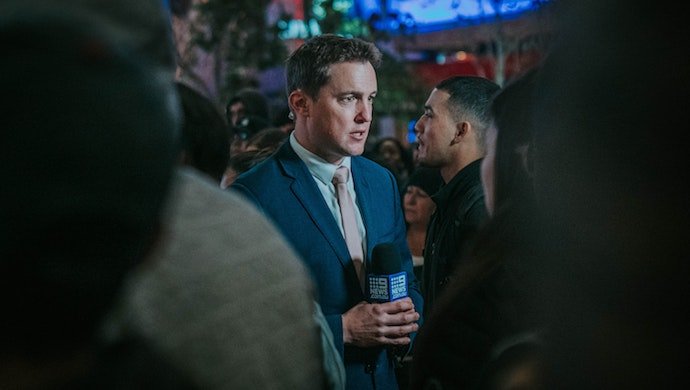 When Mark Deuze assumed his new role as a director of a journalism program at the University of Amsterdam in 2013, he made visits to the editors-in-chief of major mainstream and quality news media in The Netherlands to ask for their needs within the industry.

“It was a bit depressing,” he said. “They literally told me [that] this broadcast newsroom is not going to last.” They told Deuze to train students who could help them find out what to do next or how they could reinvent themselves.

“Trust me! Every single news company in the world knows it has to change,” Deuze adds. “And they are not shy about it.”

It was also Mark Deuze that has spent his last seven years with a research project named “Beyond Journalism,” in which his team has conducted up to 40 case studies of journalism startups all over the world.

The startups that Deuze and his colleagues have met are from more than 16 countries, including Australia, Columbia, Cuba, Italy, Denmark, Iran, and Nepal.

The investigative team of BuzzFeed, American-founded publishing platform Medium, Chicago-based data storytelling startup Narrative Science, and Dutch crowdfunded online magazine De Correspondent are some of the new businesses that were examined in the project.

Mark Deuze, Professor of Media studies at the University of Amsterdam, The Netherlands, and his book Beyond Journalism

Also Read: Can journalists keep up with the pace of disruption?

To win “the war on impact”

“One of the key reasons why they started a new business is because they lost touch with that passion [of caring about the work they do] while working in a legacy or traditional news organisation,” Deuze says, underlining that these journalists want to reclaim the effective relationship with their audience and their products – the news.

This relationship is more and more deteriorating in the news industry. The Reuters Institute’s Digital News Report 2020 reported that only less than four in ten people surveyed across 40 markets said that they trust most news most of the time.

In the US, a poll of 20,000 people in a new Gallup/Knight study published in November found that American has lost hope for an objective media as they think the news agencies are biased and more eager to push an agenda with partisan.

While the biggest companies, such as Google, Facebook, Baidu, Tencent, have increasingly colonised distribution and win the battle of advertising revenue, media startups are now rooted in specific communities or constituencies to win “the war on impact” and build the “trust relationship.”

“Impact is really about knowing who you are, what story you have to tell, and knowing and understanding your audience or your community that you’re trying to serve,” Deuze says. “Successful communication is not the transmission. Communication is about relationships.”

Vietcetera, a venture-backed Vietnamese publishing platform with its mission to bring Vietnam to the world and the world to Vietnam, announced in November that it had hit 1,000 per cent year-on-year growth with its strategic pivot to target Vietnamese millennials in 2019.

“We want to create content for the low-hanging fruit, which is the Vietnamese audience,” Hao Tran, a Vietnamese American freelance writer, and co-founder of Vietcetera, said in an interview with TekAngels. “We are filling the niche where there is not a lot of high-quality content for that millennial kind of audience in Vietnam right now.”

“We call them stories of the heart,” Deuze said. “The role of journalism in the contemporary context is that the truth is not enough. […] The journalists’ role is to help us understand that there’s more than that.”

This perspective existed across all the different startups of all different countries and cultures with which he interacted. Those journalists are “very close to being activists,” and they “want their journalism to really change things.”

Acknowledging that journalism startups are still scalable businesses that require healthy capital and growing customer bases, these startups encounter the paradox of autonomy while doing that “relationship” journalism.

“If you’re trying to sell yourself to others, you’re not exactly autonomous,” Deuze emphasises. “You have to compromise.”

But he soon realised there is a variety of business models that those startup companies are using to earn revenue and live with their journalism ventures. “There is no one model of doing this.”

A Cuban startup gains a spot to sell their content via computer shops’ monthly-subscribed service, which distributes copyrighted music, movies, television shows, and news via a USB stick. A Danish startup once a year takes all its best stories and turns them into theatre shows to perform in front of sold-out crowds around the country.

In the 10th annual edition of the Innovation in Media World Report, 13 business models that media companies use worldwide have been introduced, ranging from reader revenue (subscriptions), advertisement dependent, education, e-commerce, to IT provider and investor. The flexibility and creativity involved in making that journalism work are not sticking to the traditional business method of either subscription or advertisement placement sales.

In the case of the Vietnamese startup Vietcetera mentioned above, apart from the branded and sponsored content, the third part of the company’s revenue stream is strategic “hands-on consultancy,” which it has implemented for brands such as Tinder or WeWork when they penetrate the Vietnamese market.

“We are helping them better understand the Vietnamese market and some cultural things that they are not familiar with,” Tran says. “We work with influencers and brands to help match them together and sometimes even host that content on Vietcetera.”

But like the startup culture anywhere in the world, most journalism startups in the “Beyond Journalism” research have not existed anymore.

“We found that the startups that were doing well were very good in answering these two questions,” he added. “Either they knew what people really needed […], or they believed so much in their own product that they invested a lot in creative ways of getting that product to their audience”.

Also Read: Top 5 promising media tech startups to look out for in 2020

Just don’t try to do this on your own

Like every book would tell you about the importance of a team or co-founders of a startup, when there are various new platforms or technologies to produce creative news products and businesses, the mindset of not doing it alone also helps startups gain successes.

Veteran investor Mark Suster, a general partner of Upfront Ventures and former vice president of saleforces.com, writes a blog post on things that investors look for in a startup, in which “team” is one of the four main criteria.

These startup companies surround journalists with people that care and want to solve problems for the world just like them.

“These startups offered journalists a way of informally organising as a collective group to stand stronger in the face of the uncaring industry,” Deuze says. “They were attracted to the social support this startup provided.”

The reason behind this “uncaring industry” is because there are more people wanting “to get in than fit in” the journalist title.

In Career Cast’s 2016 Jobs Rated report, newspaper reporter has been ranked the worst of the worst jobs. Last year, Challenger, Gray & Christmas Inc., an outplacement and executive coaching firm, reported that about 3,000 people in the news business have been laid off or been offered buyouts in the US in the initial five months of the year, which is considered the highest attrition level since the 2009 financial crisis.

The worsening forecast of the printing industry, the struggle with new tactics of attracting online readers, the scale back of digital media startups to achieve profitability, and the competition with tech giants like Facebook and Google are the main reasons.

“In most industries, employers can’t find enough people to fill the jobs they have open,” Andrew Challenger, senior vice president of Challenger, Gray & Christmas Inc., told Bloomberg last year. “In news, it has been the opposite story. And it seems to have been accelerating.”

Also Read: Face The Facts? Debunking the Myths some Singapore journalists have of Facebook

Now that journalists can start their businesses together. They can be creative and adopt different voices, different styles, different genres of storytelling as impactful storytellers, while keeping their value set the same as a traditional news organization, which are, to tell the truth, to operate in the service of the public, to be ethical and to hold leaders accountable.

“Without the industry, without printing presses, without broadcast licenses, without the expectations of a specific title or brand of a news organization,” Deuze states, “just the kind of journalists that you passionately feel you should be.”

The post Why do journalists start up? To not be kept down by “uncaring” journalism appeared first on e27.