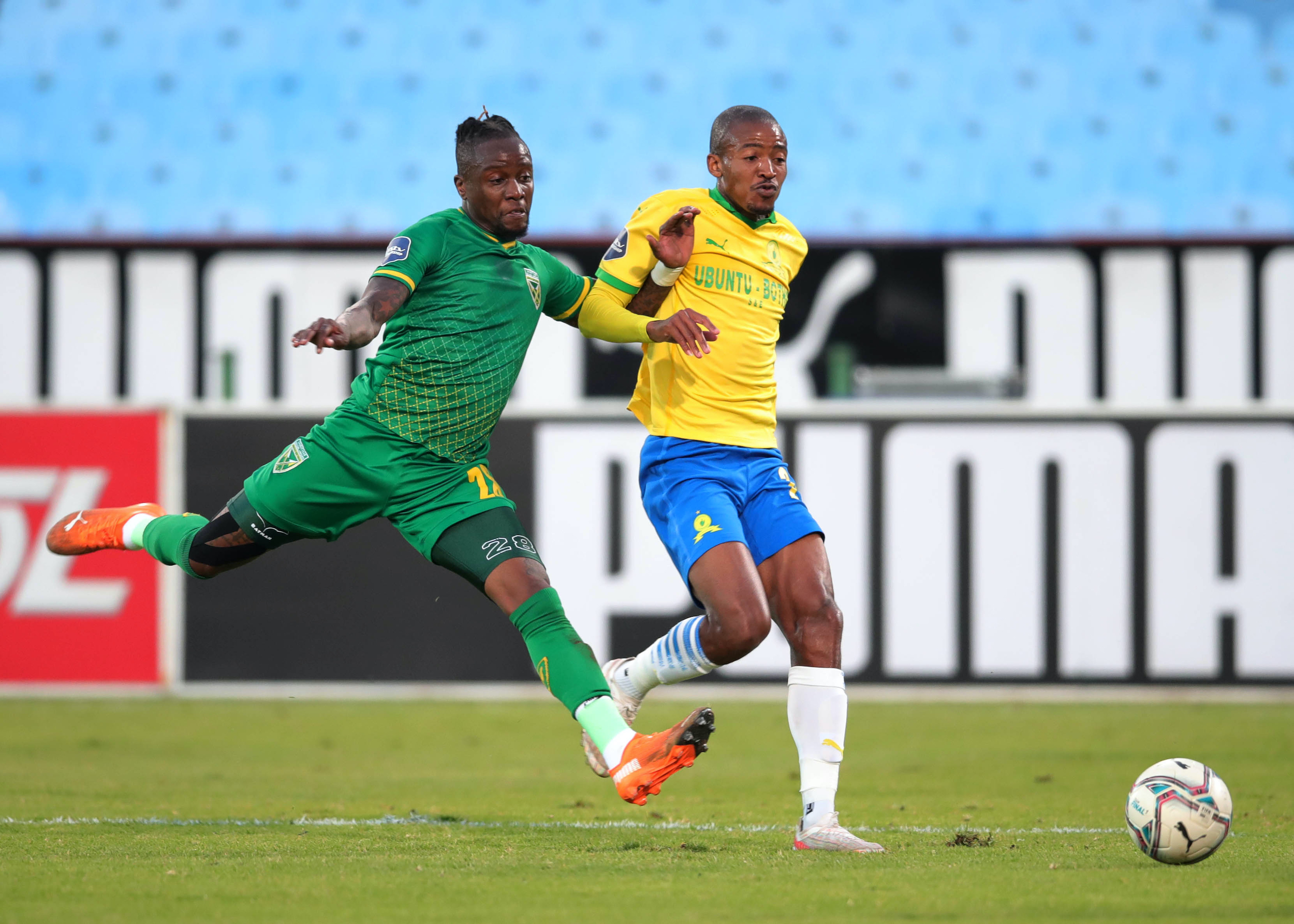 Masandawana fail to create many chances as they continue to miss the injured Peter Shalulile.

Mamelodi Sundowns continue to stutter at the top of the DStv Premiership, and with AmaZulu storming up the rails it is looking increasingly likely that this season’s title race could go down to the wire.

ALSO READ: It’s back to square one for Kaizer Chiefs after Chippa United defeat

Masandawana were held to a goalless draw by third-placed Golden Arrows on Wednesday, meaning Usuthu’s statement 5-1 away victory at Cape Town City took them to within a point of the reigning champions.

Sundowns still have two games in hand, but while they are slipping and sliding – this draw came off the back of a loss to Kaizer Chiefs on Sunday – AmaZulu are flying, picking up 25 points out of a possible 27 in their last nine Premiership matches.

Benni McCarthy’s side now have the chance two points clear at the top on Saturday, and pile more pressure on Sundowns, a day before they visit Orlando Pirates.

Sundowns had Kermit Erasmus leading the line again in the absence of the injured Peter Shalulile, and he fired an early warning shot across the face of the Arrows goal.

Ncikazi’s side were getting plenty of numbers behind the ball, but counter-attacked well when the opportunity presented itself.

Sundowns had a scare from one such attack as a cross whipped in from the left was chested only just wide of his own net by Mosa Lebusa.

At the other end, Sphelele Mkhulise skipped away down the left and he found Erasmus, but he wasn’t able to get a shot away.

Arrows threatened again as Pule Mmodi fizzed off a shot, and Rivaldo Coetzee got his head to it, diverting the ball just wide.

Sundowns’ best chance of the opening half came as Thapelo Morena found Lebo Maboe with a fine ball, but he fired well over the bar.

A minute before the break, Knox Mutizwa burst clear for Arrows, but he scuffed his shot and Denis Onyango gathered easily.

Sundowns, meanwhile, continued to battle to break down a well-organised Arrows in the second half, with their struggles in front of goal having seen the Tshwane giants score just once in their last four matches in all competitions.

For Arrows, meanwhile, this was a 13th draw in 25 matches this season, and they have lost just twice all campaign, with the defending of young Thabani Zuke particularly impressive on Wednesday.