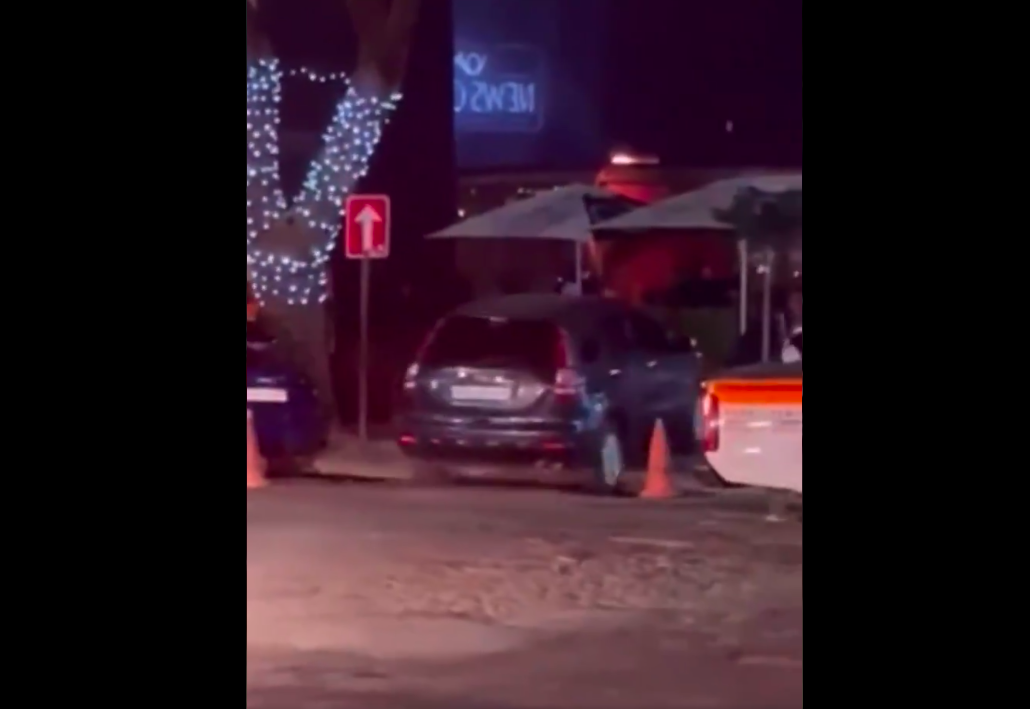 A motorist who seemingly attempted to drive into the News Cafe restaurant in Rosebank, Johannesburg, after an altercation with bouncers appeared at the Hillbrow Magistrate’s Court on Monday.

Peter Sefako was charged with reckless and negligent driving and driving while under the influence of alcohol.

“Security removed the individual, who then returned in a fit of rage, attempting to drive his vehicle into the venue – damaging property such as vehicles, furniture and building facade. He was subsequently arrested by the Rosebank police and no one was injured.”

In a video showing the incident, security guards are seen gathering around a vehicle in an attempt to stop the man, but he continues to reverse and rams into the walls of the restaurant and the tables outside.

According to one patron, Sefako reportedly arrived there to see his ex-girlfriend, who is a waitress and she refused to speak to him.

Watch the clip below.

A man drove into News Café, Rosebank, JHB, this weekend. He was apparently denied entry by security. His ex-girlfriend was inside and she did not want to see him. The man was arrested. pic.twitter.com/f0uxuIXnPv