After a year of the pandemic, an exhibition traces mask-wearing 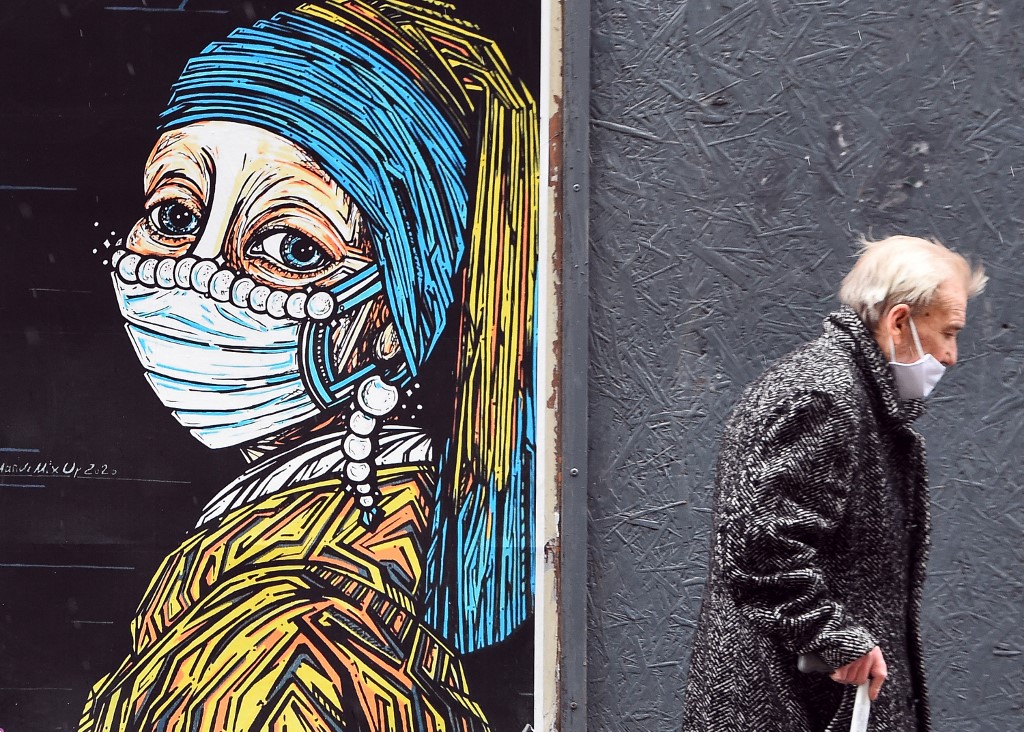 Just a year ago, it was the exclusive domain of health care workers. The mask has rapidly evolved from a piece of personal medical protective equipment to an accessory that is carefully chosen for its usefulness and its aesthetic.

The Westminster Menswear Archive will trace this evolution through “Undercover: From Necessity to Luxury: The Evolution of Face Coverings During Covid-19″.

This virtual exhibition is based on 52 masks from brands such as Balenciaga, Adidas and Louis Vuitton but also from the Metropolitan Police of London and the Manchester City soccer club.

The exhibition will also look at how quickly the fashion industry joined the collective effort by converting their textile mills to assembly-line mask manufacturing.

While they were hailed for their virtuous actions, they quickly saw an opportunity to strengthen their brand image by creating customized face protection.

To the delight of fashionistas who have abandoned generic surgical masks for more extravagant models, like those shown on display in “Undercover.”

An accessory subject to controversy

“The public attitude to masks over the last 12 months has hardened,” Andrew Groves, the co-curator of the exhibition, explained to the Guardian. “For such an unassuming and uncomplicated object, they have quickly become a symbolic and contentious artefact.”

Japanese tennis player Naomi Osaka understood this perfectly and took advantage of her matches at the US Open to wear masks denouncing police violence in the United States.

While the mask has become a political weapon for some, it has also become a concern for its ecological impact.Dutch researchers recently sounded the alarm with a non-exhaustive list of the many animals that have fallen victim to humans’ use of disposable protective equipment.

From Necessity to Debris: The Pollution of Face Coverings During Covid-19.” The public will be able to discover 365 pictures taken during the last year, featuring surgical masks thrown in the street. Something to raise awareness.

“Undercover” launches May 11 on the website of the Westminster Menswear Archive.