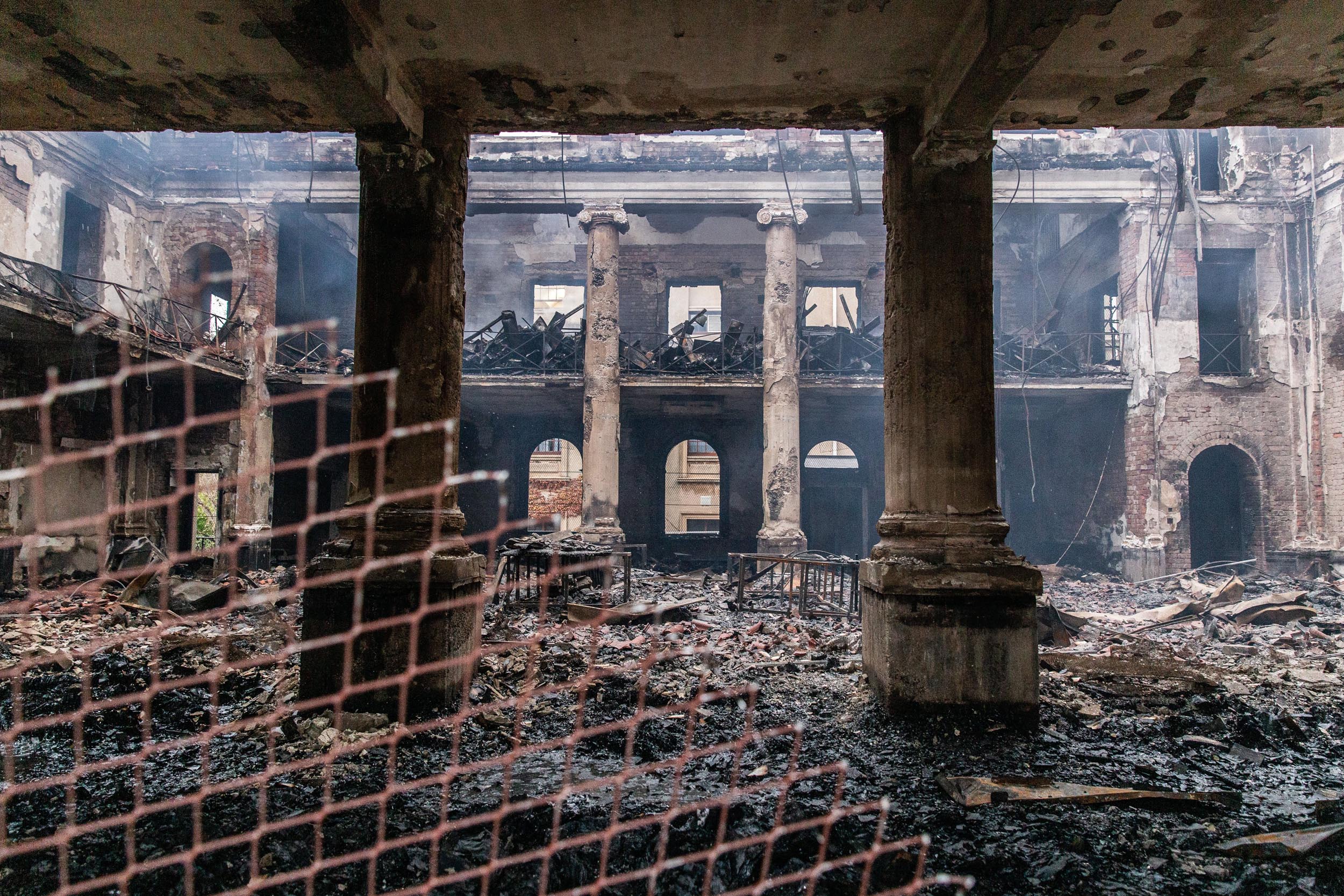 The university has estimated that approximately 70 000 items from the published print collection were destroyed, as well as the entire African Studies film collection, consisting of about 3 500 DVDs.

About 20 000 pages of manuscripts from the 1870s detailing accounts of indigenous Cape people were saved.

Pick n Pay had initially donated 2 000 crates which were supplied by CHEP, and last week they delivered an additional 6 000.

Suzanne Ackerman-Berman, transformation director at Pick n Pay, said they received crates from as far as their distribution centre in Johannesburg and Paul Cluver Wine Farm in Elgin.

“The Jagger Library is very much a part of not just the City of Cape Town, but the entire country. Some of our greatest leaders walked these halls, including some of the most revered international academic minds, all of whom have contributed to positive change in South Africa and the rest of the world,” Ackerman-Berman said.

During the delivery of the crates, UCT Libraries executive director Ujala Satgoor said they were still mourning the loss of parts of history.

“It’s indeed a sad time for us at UCT and for our history as we mourn the loss of a great institutional asset. We are comforted by the outpouring of help from all corners to salvage some part of this significant collection so that future generations may continue benefitting through the expansion of knowledge and consciousness from others that came before them,” Satgoor said.