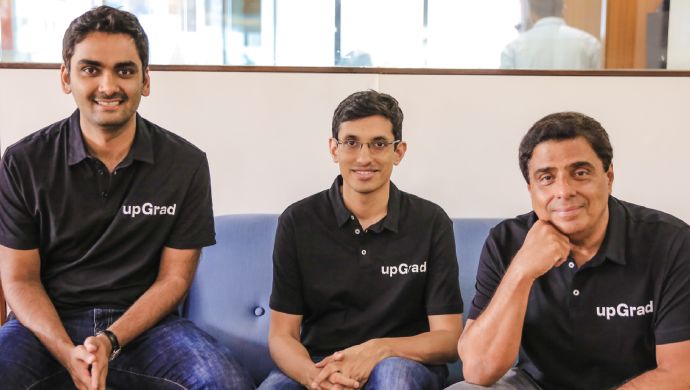 It is the first external investment raised by Upgrad.

The startup plans to use the capital to further strengthen its team, scale its global market operations, and bolster its technology and product capabilities.

A part of the financing will go into expanding its graduate and post-graduate degree portfolio in India and scaling up operations to achieve its US$2 billion revenue goal by 2026.

“This capital will further fuel our commitment to global expansion as well as deeper India penetration, as we march forward with our goal of making India the teaching capital of the world,” UpGrad co-founders said in a joint statement.

UpGrad was founded in 2015 by Ronnie Screwvala, one of India’s most influential personalities, along with Mayank Kumar and Phalgun Kompalli. Screwvala is not just an entrepreneur but also one of the biggest names in film production and distribution and a philanthropist.

The company’s goal is to help working professionals, students and enterprises upskill themselves in highly sought-after courses like Data Science, Management, Law, and more.

Its programmes are designed in partnership with top universities like the IITs (Indian Institute of Technology), Jindal Global Law School, Duke CE, Deakin University, Liverpool John Moores University, and others.

The company claims to have an above 85 per cent programme completion rate with over 40,000 paid learners on its platform.