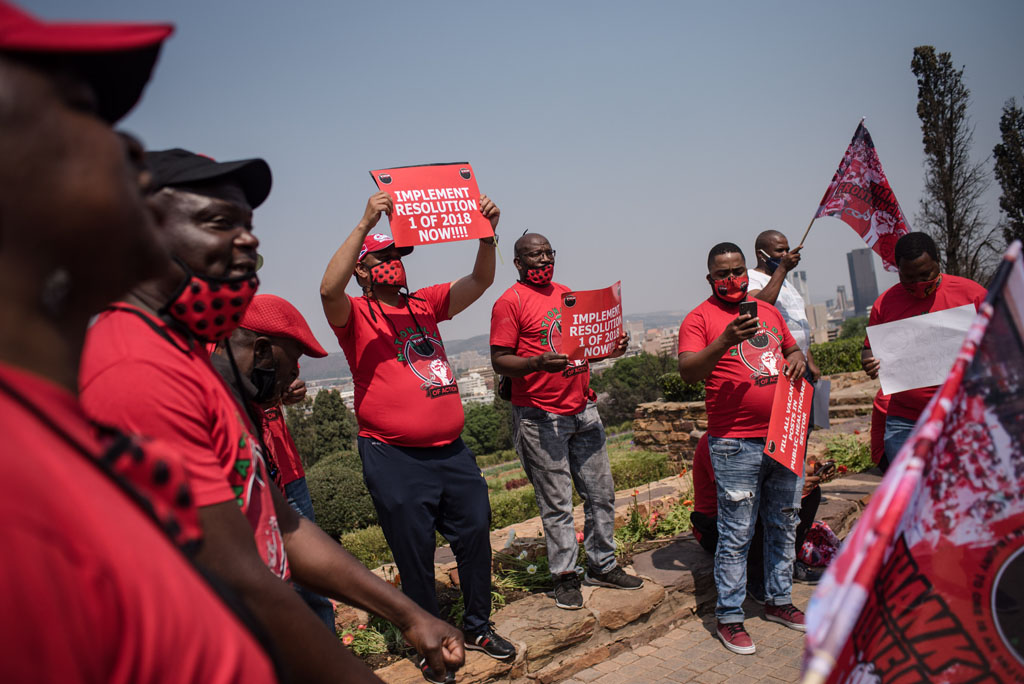 The police could not be reached for comment last night.

The already under pressure Free State ANC provincial executive committee (PEC) has made a U-turn by withdrawing its appeal to a Supreme Court of Appeal (SCA) ruling.

The PEC wanted the Constitutional Court to set aside an SCA judgment which found that the 2018 election of the PEC in the Free State was unlawful.

News24 has seen a letter, dated 22 April 2021 from Moroka Attorneys, acting on behalf of the office of the ANC’s provincial secretary, in which they reversed the appeal.

“The ANC national officials as well as national working committee have directed the PEC that this matter be resolved through political and organisational processes and not through legal processes. The political and organisational process is currently proceeding. We wish to confirm that chairperson Cde (Sam) Mashinini did have the authority or was not mandated to file an affidavit on behalf of the PEC,” the letter stated.

South African hip-hop sensation Nasty C seems to be living his best life, after appearing in videos on Twitter where he is seen hanging out with Snoop Dogg.

South African Twitter beamed with pride, with the rapper making significant strides in his career of late.

This formed part of his latest album, Zulu Man with Some Power.

The union confirmed its discussions with the Department of Public Service and Administrations had now reached a deadlock, after wage hike talks continued with the Public Service Coordinating Bargaining Council (PSCBC) on Friday.

Minister Senzo Mchunu said in a media briefing on Thursday that government stood firm on its 0% wage offer increase in the 2021/22 financial year.

However, the country’s 1.3 million public servants currently face the ramifications of the world’s worst economic climate since the 2008 global recession. This screen grab taken from the NASA live feed shows the International Space Station taken from the SpaceX’s Crew Dragon spacecraft before docking, on April 24. (Photo by – / NASA / AFP)

Hard capture, the second stage, occurred about 10 minutes later, when 12 hooks were securely attached between Endeavour and the ISS’s forward port.

“Thanks Shannon, we’re glad to be here, we’ll see you all in a few minutes,” replied Endeavour’s commander, US astronaut Shane Kimbrough.

Egos and motives must step aside to save SA cricket

You have to be a bunch of incompetents or greedy plotters to make an ANC government minister look good – yet this is what the feuding factions within the administration of South African cricket have managed to pull off.

On Friday Sports Minister Nathi Mthethwa gave notice that he will withdraw recognition of Cricket South Africa (CSA) as the governing body of cricket in the country, a move which could lead to CSA being suspended from the International Cricket Council (ICC).

To many who may not have been following this sorry saga for the months it has dragged on, this may seem like interference by government in a private activity.

Charlotte Maxeke will only reopen in May, after fire

Operations at the Charlotte Maxeke Johannesburg Academic Hospital are expected to resume on 3 May after parts of the hospital were gutted by a fire last week.

The fire affected two blocks, which will remain closed until a detailed structural assessment is completed.

The Gauteng health department on Saturday said more than 800 patients were transferred to 17 health facilities in the province. “The rest of the hospital, which was not affected by the fire, is being prepared for the resumption of services and the return of patients. All patients will be transferred during the weekend of 1-2 May 2021 and the hospital will resume services from 3 May 2021,” the department said.

The fire significantly damaged parts of the structure.

Would-be robbers in Mawothi, KwaZulu-Natal, allegedly resorted to offering bread to residents after failing to open a cash safe in a bakery delivery van on Friday.