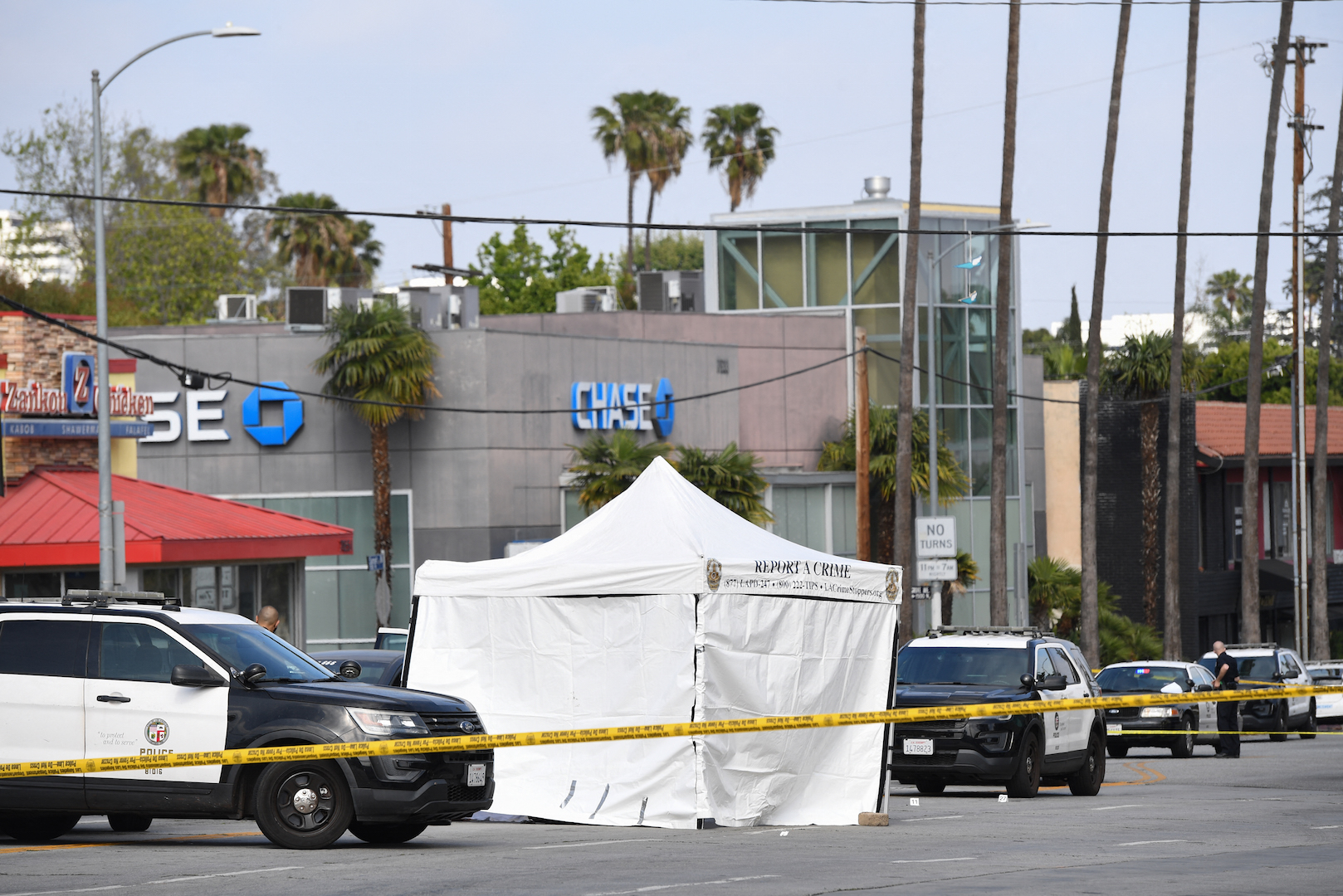 Los Angeles police said on Saturday officers shot dead a driver wearing body armour who had reversed into a patrol car in Hollywood.

The officers were responding to a call when a car pulled in front of them on Sunset Boulevard, hit the brakes and backed into their vehicle, the LA Police Department tweeted Saturday.

“The driver of the car exited, was wearing body armour, & had his right hand concealed behind him,” LAPD tweeted.

“He moved toward the (officers) who had exited their patrol car. He counted ‘3, 2, 1’ & began to move his arm to the front of his body, at which time there was an OIS (officer-involved shooting).”

The man was hit by gunfire and pronounced dead at the scene, police said.

Famed Sunset Boulevard was temporarily blocked off to traffic. A body covered in a white sheet was lying on the road next to a black vehicle with a shattered driver’s side window, photographs of the scene showed.