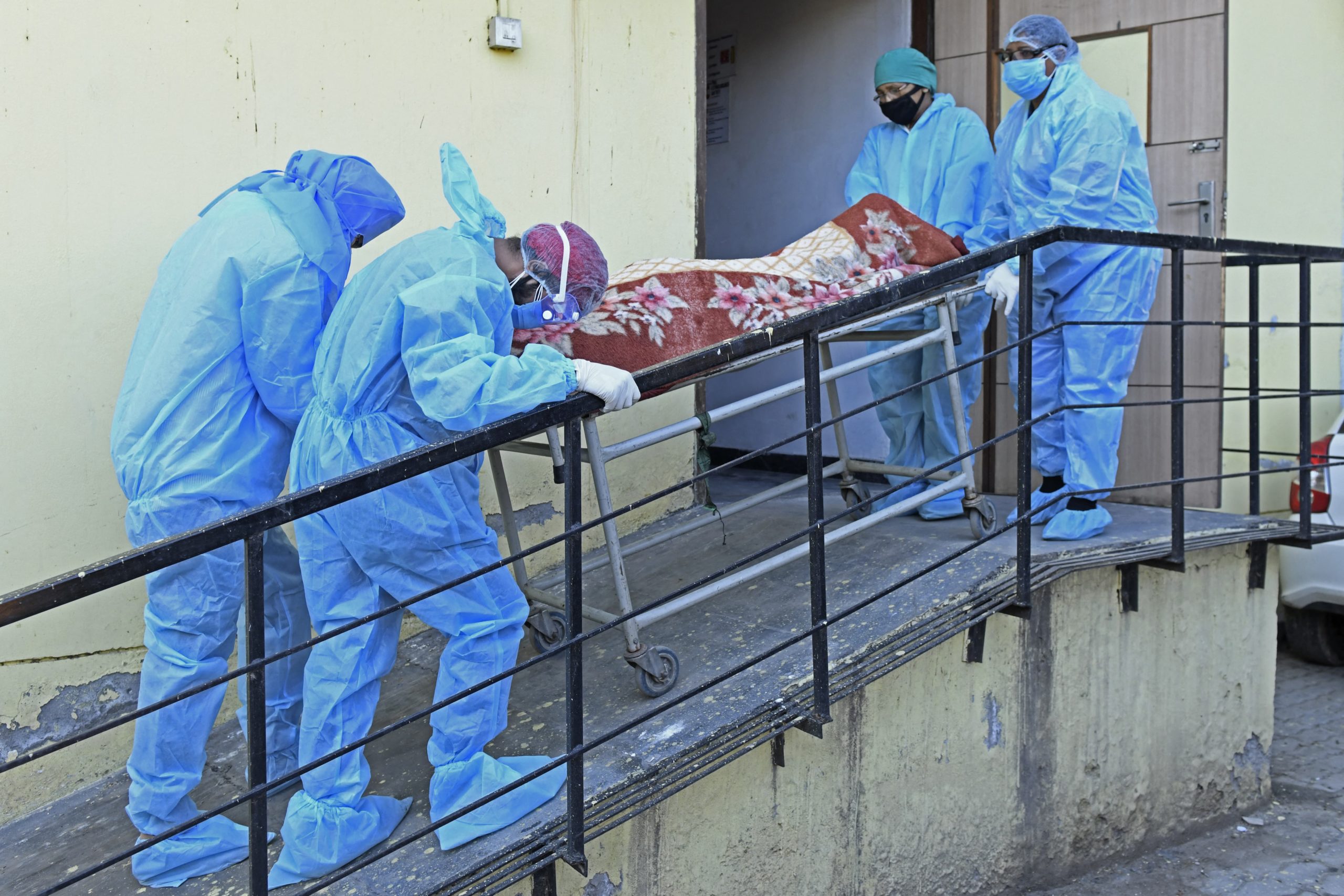 A daily record of more than 893,000 Covid-19 cases has been recorded worldwide, mainly due to a surge of the virus in India, according to an AFP count on Saturday.

The total for cases recorded throughout Friday is based on official figures at 12:00 on Saturday. The previous daily high was some 819,000 cases on January 8.

More than a third of the infections occurred in India, which announced 332,730 new cases on Friday and another 346,786 on Saturday, also a record for a single country since the start of the pandemic.

Over the course of a week, more than 5.5 million cases were recorded worldwide, including almost two million in India. Pyres of Covid-19 victims are seen at Nigambodh Ghat Crematorium, on the banks of the Yamuna river in New Delhi in the early hour of April 22, 2021.
Sajjad HUSSAIN / AFP

India has also recorded a record 2,624 deaths over the previous 24 hours. The pandemic has killed nearly 190,000 people in total in the country.

The threshold of 150 million cases worldwide is expected to be reached next week.

According to an AFP count from official figures on Saturday at 1000 GMT, 145,544,646 cases have been recorded worldwide since the start of the pandemic in December 2019 in China.