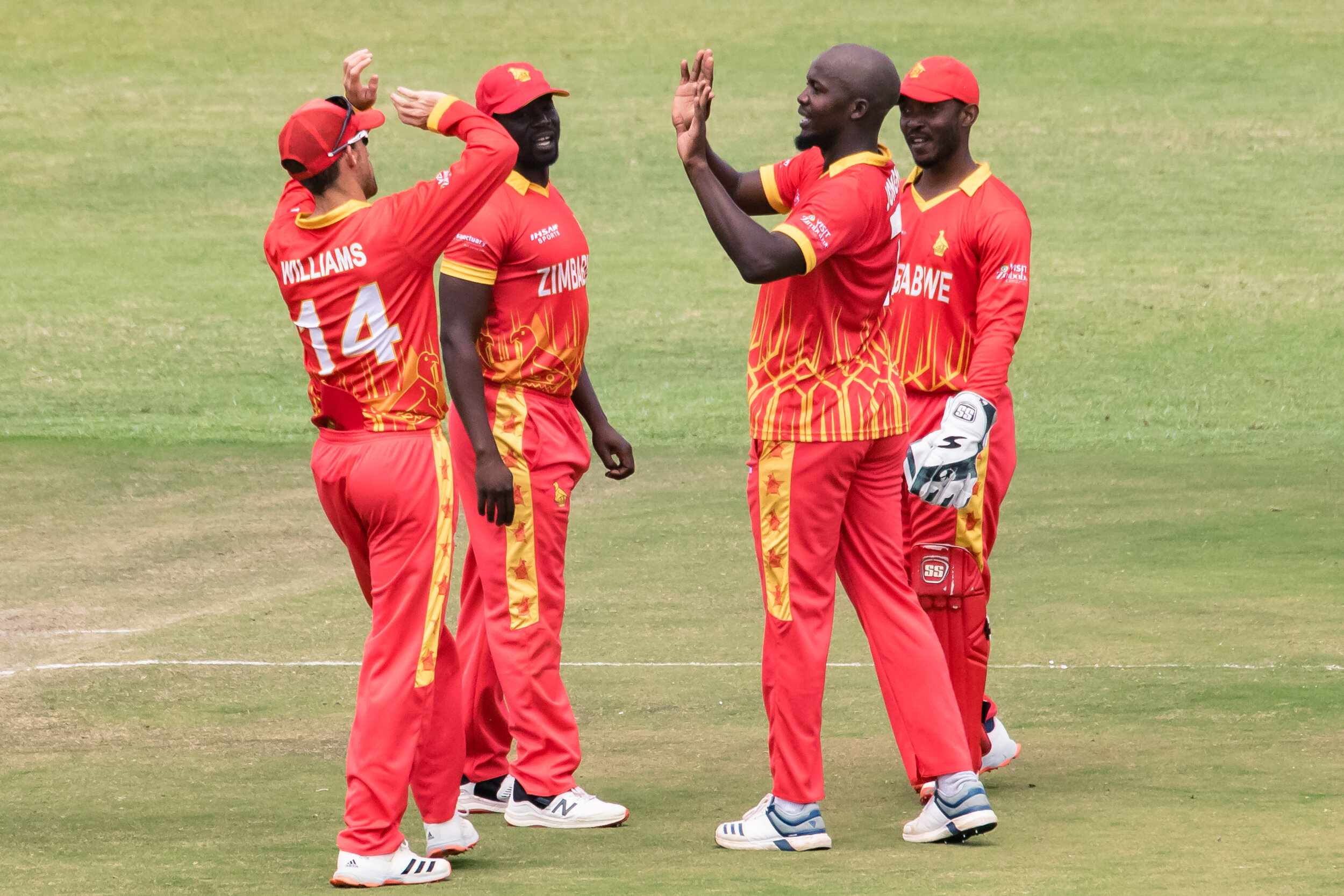 Luke Jongwe took four wickets as Zimbabwe pulled off a surprise 19-run victory over Pakistan Friday in the second Twenty20 international of a three-match series at Harare Sports Club.

Pakistan skipper Babar Azam won the toss, opted to bowl, and the tourists restricted their hosts to 118-9 with 34-run Tinashe Kamunhukamwe the only batsman to impress.

Set a run-a-ball target for victory, Pakistan lost star opener Mohammad Rizwan for only 13 and 41-run Azam was the lone batsman to star as they slumped to 99 all out off 19.5 overs.

Right-arm medium pacer Jongwe (4-18) captured the wickets of Rizwan and Azam, and those of Haris Rauf and Arshad Iqbal as the Pakistan tail collapsed.

Ryan Burl (two), Blessing Muzarabani and Richard Ngarava (one each) were the other Zimbabwean wicket-takers.

The result levelled the series at 1-1 and it will be decided at the same venue Sunday as Pakistan seek a second successive T20 series win having beaten South Africa 3-1 before travelling to Zimbabwe.

Rizwan made 82 when Pakistan beat Zimbabwe by 11 runs Wednesday, but faced only 18 balls and hit one four before being caught by Tarisai Musakanda.

Fellow opener Azam lasted one hour, faced 45 balls and struck five fours before becoming the fourth Pakistan batsmen to fall, leaving the tourists on 78-4 after 15.5 overs.

With wickets falling cheaply, the tourists began the final over on 99-7 and needing 20 runs to snatch a dramatic victory.

But instead of a run fest, the wickets of Usman Qadir, Rauf and Iqbal fell without any addition to the scoreboard.

Earlier, Kamunhukamwe cracked four fours as he faced 40 deliveries in a 60-minute stand.

His innings ended when caught by Azam off the bowling of Danish Aziz, who was making his second appearance for the tourists.

Fellow opener Brendan Taylor, who missed the first match due to illness, lasted only seven balls before being caught by Mohammad Hafeez off a Faheem Ashraf delivery for five.

Six Pakistan bowlers shared the wickets with Mohammad Hasnain (2-19) and Aziz (2-29) the most successful, while Ashraf, Iqbal, Rauf and Qadir took one each.

After the T20 series, Zimbabwe and Pakistan will play two Tests in Harare, beginning on April 29 and May 7.