Dagga group to ‘apartheid Sahpra’: ‘We want to see the ganja’ 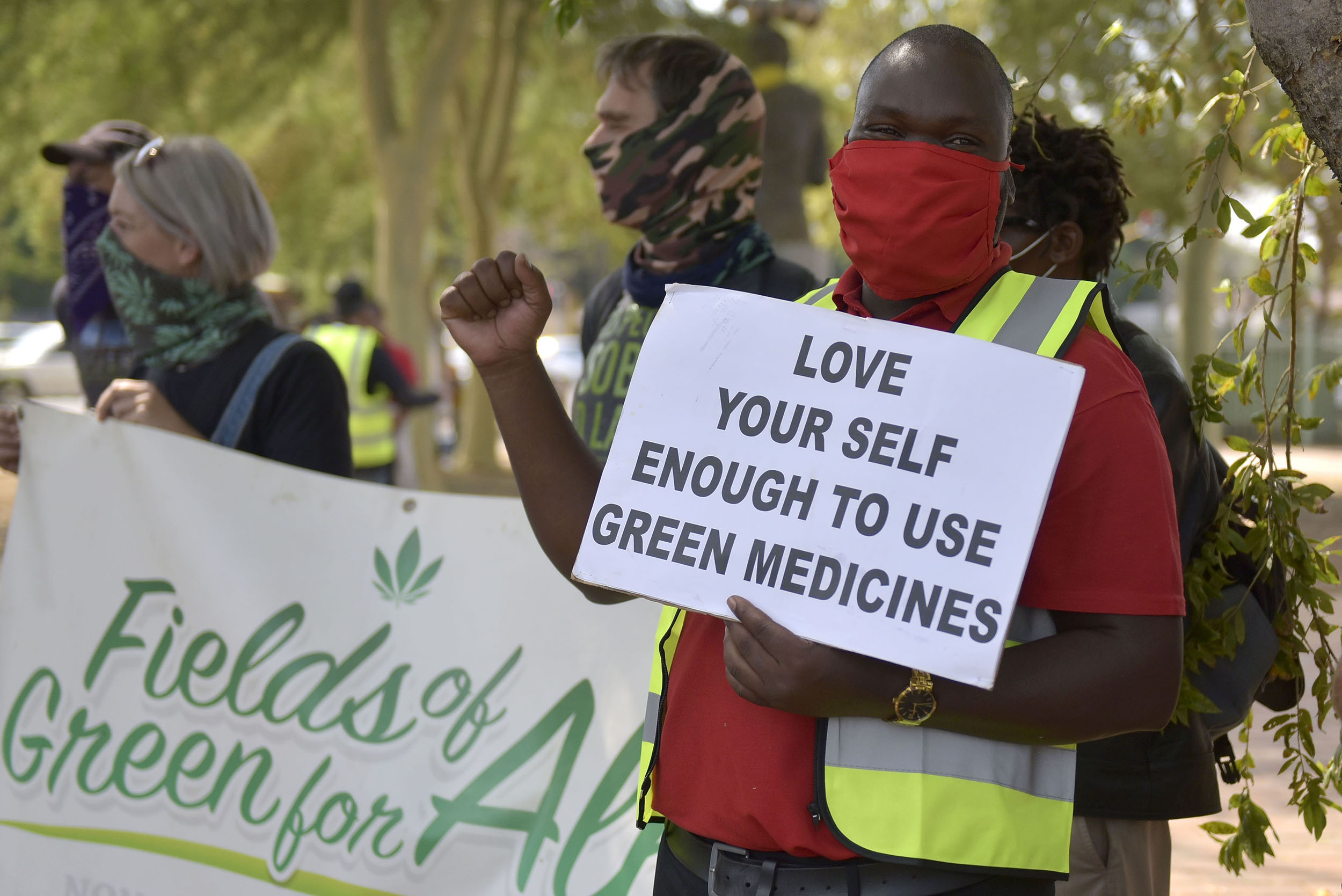 The smoke has not blown over in the dispute between the South African Health Products Regulatory Authority (Sahpra) and some parts of the cannabis community.

Chants echoed along Kirkness Street in Arcadia, Pretoria, as Rastafarian Steven Thapelo Khunou, the secretary for the Marijuana Board of South Africa (MBSA), marched alone towards the shopping centre next to the Sahpra offices.

Khunou is one of the many cannabis community members who feel frustrated and oppressed by Sahpra’s issuing of licences to international growers instead of investing locally.

The Black Farmers Association of South Africa (BFSA), along with leaders and representatives from the Traditional Healers Organisation, Fields of Green for All, Dr Dooby, Cheeba Academy, MBSA and the African Cannabis Industry Association met on Thursday to march to the Sahpra office in Arcadia to hand over a memorandum about the licensing disputes.

Instead of joining the marchers at the gate, where the memorandum was being handed over, Khunou demonstrated his frustration by entering the Dis-Chem store with his poster.

“Where is the manager, I want to see the ganja [cannabis],” Khunou chanted as he made hisway through the store. He was told to share his grievances with the Dis-Chem head office and left the store to join the march.

“We choose Dis-Chem first to highlight the fact that Dis-Chem is a big company and yet it has rights to deal with cannabis products, while on the other hand you will be told there is no package to assist the local cannabis industry because the industry is not organised,” Khunou said.

He added Dis-Chem was making money from cannabidiol products while others were being arrested. Peter Mahlobo, a traditional healer and artist, said: “We have been using ganja for many years.

“We should be allowed to use it as much as we want or need.

“Ganja has many different purposes, including clothing and medication. You can even use it as a spice or drink it,” he said.

BBG Leshupi, who is also an artist, added that, although he is not a traditional healer, his family has used the plant for many years.

Zakes Wulana from reggae band Tidal Waves said it was not just about smoking ganja.

“Ganja can help the economy. Think about the RDP [reconstruction and development programme] houses, we can even make ganja bricks or textiles and oil can also be made from the marijuana.”

Wulana said he supported the march because Sahpra needed to give back to the people.

Those marching carried posters with the words “Apartheid Sahpra must die” and were followed by a cloud of smoke.

The director-general of health said the BFSA could expect an answer in seven days.

The group then marched to the Sunnyside police station to open a case against Sahpra.

“The different organisations will write affidavits against Sahpra which will be consolidated into one case and handed over as one under the umbrella of BFSA,” the association’s Dr Lennox Mtshagi said.