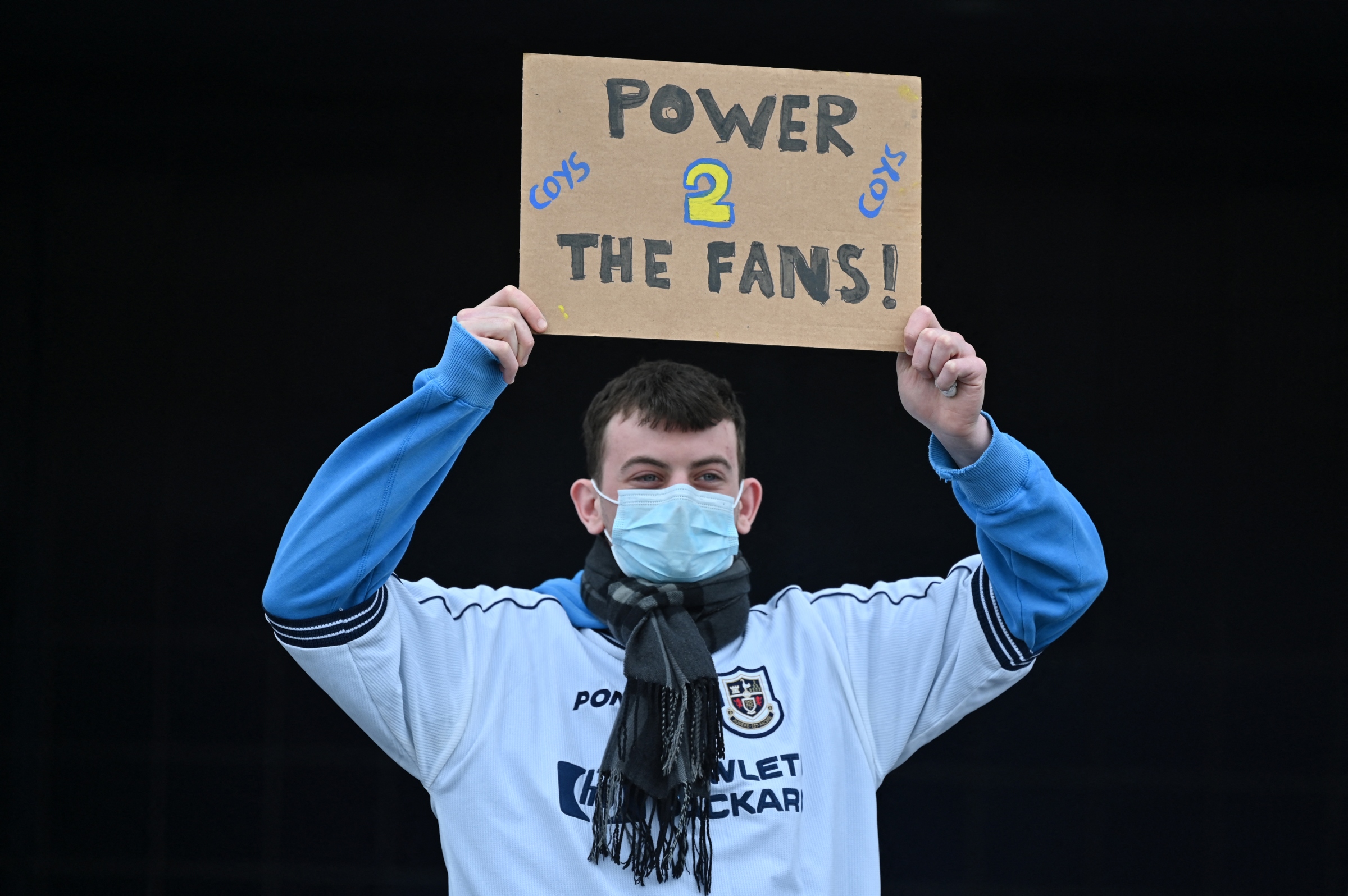 The withdrawals by Manchester City, Manchester United, Liverpool, Arsenal, Chelsea and Tottenham came just 48 hours after the league’s unveiling late on Sunday following a furious response from fans and officials.

The withdrawals by Manchester City, Manchester United, Liverpool, Arsenal, Chelsea and Tottenham came just 48 hours after the league’s unveiling late on Sunday following a furious response from fans and officials.

Real Madrid and Barcelona — the last of the initial group of 12 clubs to sign up — have yet to make any comment but the project in its current form is dead in the water.

AC Milan were one the main drivers behind the plans, having missed out on the Champions League for the past seven seasons.

The seven-time European champions said change was necessary due to the changing football landscape but admitted they “must be sensitive to the voice of those who love this wonderful sport”.

Italian champions Juventus said they remained “convinced of the soundness of the project’s sport, commercial and legal premises” but accepted it could not go ahead in its original form.

The Super League promised guaranteed entry for its founding clubs and billions of dollars in payments. Most of the clubs have huge debts and wage bills, and suffered a sharp drop in revenues during the coronavirus pandemic.

But the project was vehemently opposed across the football spectrum, from fans to players, coaches, politicians and UEFA and FIFA, the European and world football bodies.

The clubs were threatened with a ban from domestic and European football, while their players could even have been barred from representing their countries.

UEFA president Aleksander Ceferin struck a conciliatory tone on Wednesday, saying he wanted to “rebuild the unity” of European football, and described the English clubs as “back in the fold”.

“I said yesterday that it is admirable to admit a mistake and these clubs made a big mistake,” Ceferin said in a statement.

“But they are back in the fold now and I know they have a lot to offer not just to our competitions but to the whole of the European game.

“The important thing now is that we move on, rebuild the unity that the game enjoyed before this and move forward together.”

Shares in Juventus plunged by more than 13 percent on Wednesday following a slump in the value of Manchester United stocks.

In response to the English pull-outs, the Super League had said it was looking for ways to “reshape”, insisting the “status quo of European football needs to change”.

“We shall reconsider the most appropriate steps to reshape the project,” its statement said.

Liverpool owner John W Henry apologised for his part in the planned Super League after club captain Jordan Henderson said the players did not want it to happen.

“I want to apologise to all the fans and supporters of Liverpool Football Club for the disruption I caused over the last 48 hours,” the American said in a video posted on the club’s Twitter site.

“It goes without saying but should be said, the project put forward was never going to stand without the support of the fans.”

British Prime Minister Boris Johnson hailed the English pull-outs, telling parliament: “The announcement was the right result for football fans, for clubs and for communities across the country.”

The English Football Association also welcomed the withdrawals, praising fans for “their influential and unequivocal voice”.

Reigning European champions Bayern Munich and French giants Paris Saint-Germain had both come out strongly opposed to the breakaway league, dealing it a heavy blow.

Adding to the drama on Tuesday, Manchester United announced that executive vice-chairman Ed Woodward would step down from his role at the end of 2021.

Several players at the English clubs had voiced opposition to the Super League, and Manchester City manager Pep Guardiola commented: “It’s not a sport when success is already guaranteed.”