The other two agreements ripped up in the first audit of major projects of its kind were with Iran and Syria, dating back as long as 22 years ago.

The move, amid already-heightened tensions with China, earned the immediate “strong displeasure and resolute opposition” of the Chinese embassy.

“This is another unreasonable and provocative move taken by the Australian side against China,” a spokesperson said, in a statement. 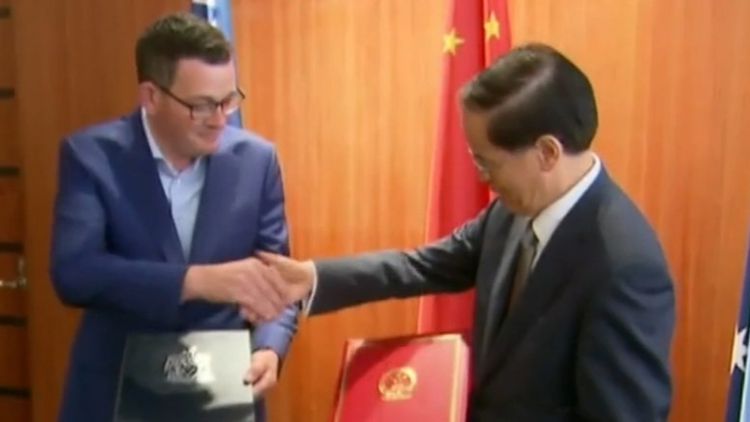 “It further shows that the Australian government has no sincerity in improving China-Australia relations. “It is bound to bring further damage to bilateral relations, and will only end up hurting itself.”

Victoria’s involvement with the Belt and Road Initiative has come under increasing scrutiny given Australia’s tensions with China in recent months.