“Where is the $128 billion?” asked posters on billboards around Istanbul intended by Turkey’s main opposition to embarrass and annoy President Tayyip Erdogan and his ruling AK Party (AKP). : MiddleEastNews 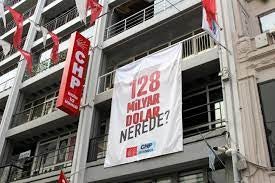 
I want to share this intriguing news online that I have read today. It’s all about the banner reading “Where is the $128 billion?” hangs at the Beyoglu district office of main the opposition Republican People’s Party (CHP) in Istanbul, Turkey last April 13, 2021. According to videos shared online by the opposition Republican People’s Party (CHP) the police took the posters down, using cranes in some instances. The question has also trended on social media, while the AKP on Tuesday blocked a CHP call to debate the missing funds in parliament. Erdogan says the sales helped to support the economy, but they sharply depleted Turkey’s buffer of foreign reserves, leaving it more exposed to crisis, and opposition politicians want to know more. Despite the profound economic crisis that Turkey is facing – the worst in the last 50 years according to economic experts – Erdogan and his party members have grown enormously rich. They built dream villas and residences, bought properties and luxury goods, drawing uncontrollably from the state coffers, as well as exploiting the resources of the starving Turkish people as they pleased. 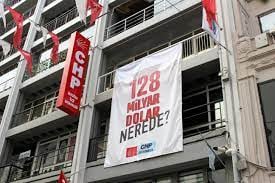 Muslim woman, 26, is sentenced to death by hanging after sending caricatures of Prophet Mohammed