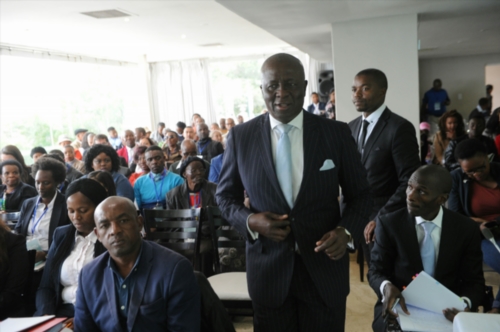 The Life Esidimeni formal inquest hearing is set to begin on 19 July at the High Court in Pretoria.

In a statement, the National Prosecuting Authority (NPA) said this was determined at a meeting on Monday with judge Mmonoa Teffo, the NPA and representatives of affected families.

The Health Ombudsman at the time, Professor Malegapuru Makgoba, found in a report that several human rights were violated in the process.

The Gauteng provincial government subsequently establish an inquiry led by retired Deputy Chief Justice Dikgang Moseneke, which concluded its work in March 2018 and found that government officials acted in breach of the law and the Constitution when they ended the Life Esidimeni contract and moved patients to NGOs without due regard for their wellbeing and state of health.

During April 2017, the NPA received 144 inquiry dockets regarding Life Esidimeni tragedy and the NPA then assigned a team of four experienced advocates to the matter to work closely with the investigators in collecting more information to build a solid case.

At the time, the NPA said in a statement its evidence was not enough to prove causation of death, and “nor is it enough to help us link the actions of different role players to the eventual deaths”.

“It is against these findings and facts of the case as a whole that the state had to make a determination whether a prima facie case justifying prosecution could be made.

“The state therefore correctly sets out the legal principles applicable to the problem and upon thorough assessment of all the available facts and circumstances; came to a conclusion that the matter be referred for a formal inquest.”