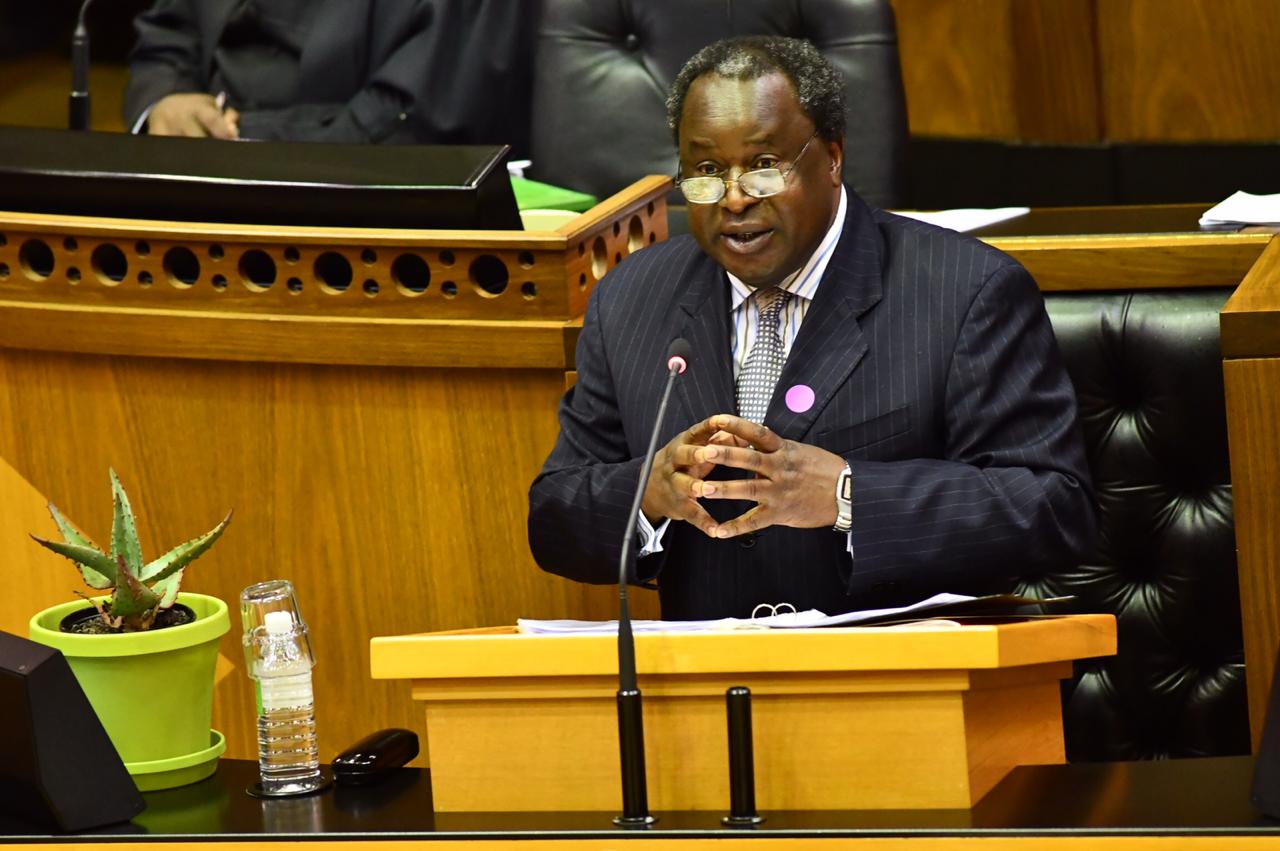 Minister of Finance Tito Mboweni has labelled as “untrue” and “sad” allegations made by businessman and politician Tokyo Sexwale that money from a fund meant for the poor was stolen .

Mboweni also said that the 68 year old “was a victim of the many scams abound”.

“Mr Tokyo Sexwale’s statement about stolen money is untrue, sad and seems that he was a victim of the many scams abound. You cannot steal transmitted money from the central bank. How? His statement on television was unfortunate. Will reach out to him,” the minister said in a tweet.

Mr Tokyo Sexwale’s statement about stolen money is untrue, sad and seems that he was a victim of the many scams abound. You cannot steal transmitted money from the central bank. How? His statement on television was unfortunate. Will reach out to him.

This is after Sexwale made the revelations on Sunday night during an interview on eNCA’s Truth to Power talk show hosted by JJ Tabane.

Sexwale explained that he had assisted in raising money for the fund, alongside “a very powerful family”,  in an effort to fight Covid-19 and to assist university students who were plagued by debt.

“The issue was to get this fund being brought into our hands so that we can help. We had just offered, for Covid… even the universities, a few billions to clean up all this debt of the students,” he said.

Sexwale alleged that the money had been stolen when he wanted to access the money.

“In the process of making sure that the fund is brought into the country properly, it’s already here, but it is brought to the economy. We found some resistance. When we checked the resistance, we realised that part of the money has been stolen,” he said.

He further said that police were investigating after a case was opened two weeks ago.

“The matter has been brought to the attention [of the police] very urgently… two weeks ago,” he said.

When asked if the matter was brought to the attention of Mboweni, Sexwale said the finance minister had been informed.

“It is a police matter right now because something has happened inside there,” the businessman added.

The statement read: “National Treasury and the SARB have previously received correspondence from Mr Sexwale and many others that alleges that billions of rands have been stolen from a fund that has been referred to as the ‘White Spiritual Boy Trust’ and which was set up by a foreign donor.”

The SARB also said there was no record of the fund Sexwale had mentioned, saying it “could only conclude that the alleged fund was a scam”.

“It is further alleged that there are trillions of dollars in the said fund and that, inter alia, a certain Mr Goodwin Erin Webb was its mandated representative in South Africa. On investigation, the SARB can confirm that it had no record of the existence of the said fund and it had advised Mr Sexwale in writing that, given the SARB’s experience and knowledge of this and other similar matters, it could only conclude that the alleged fund was a scam.”

Treasury and SARB concluded by saying that the “allegations of theft of non-existent funds had no validity”.