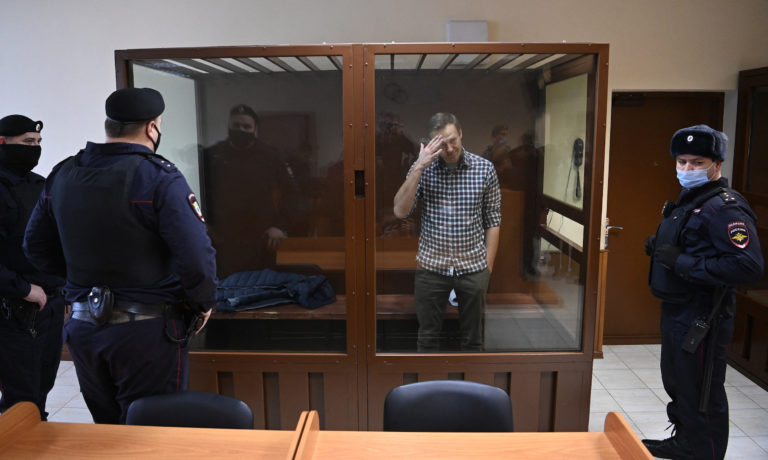 EU foreign ministers are set to meet virtually Monday for talks on the health of dissident Alexei Navalny, as the United States warned Moscow of “consequences” if the Kremlin critic dies in prison and tensions soared over a Russian military build-up on Ukraine’s border.

Doctors warned over the weekend that Navalny — currently on hunger strike in a penal colony east of Moscow — could die “any minute”, with his supporters calling for massive protests across Russia on Wednesday evening, just hours after President Vladimir Putin delivers his state-of-the-nation address.

The European Union’s top diplomats will discuss the situation on Monday, the EU’s foreign policy chief Josep Borrell said in a statement, calling for the Kremlin critic to be granted “immediate access to medical professionals he trusts”.

Concerns over Navalny’s health have mounted against the background of a spike in tensions between Moscow and the West over a litany of issues, including Russia’s troop build-up on Ukraine’s border, interference in US elections and other perceived hostile activities.

On Sunday US National Security Advisor Jake Sullivan said the Kremlin had been warned “that there will be consequences if Mr. Navalny dies.”

The 44-year-old critic was arrested in Russia in January after returning from a near-fatal poisoning he says was carried out by Moscow — accusations denied by Putin’s administration.

Sentenced to two and a half years in prison for embezzlement, he began a hunger strike on March 31 demanding medical treatment for back pain and numbness to his hands and legs.

The EU in October sanctioned six Russian officials over the assassination attempt, Borrell noted, and in February sanctioned another four individuals over Navalny’s arrest and sentencing.

France’s foreign minister Jean-Yves Le Drian warned Sunday those sanctions could be expanded, saying Russia must be held “responsible” for the dissident’s health.

There was no immediate reaction from the Kremlin, but the Russian ambassador in London, Andrei Kelin, said Navalny “will not be allowed to die in prison.”

“But I can say that Mr. Navalny, he behaves like a hooligan,” Kelin told the BBC.

EU leaders have also scrambled in the past week to respond to a major military buildup by Russian forces along its border with Ukraine.

Kiev has been battling Russian-backed separatists in eastern Ukraine since 2014 and clashes intensified early this year, effectively shredding a ceasefire agreed last July.

Faced with the largest deployment of Russian troops on Ukraine’s borders since 2014, President Volodymyr Zelensky has requested more help from the West.

Moscow said Sunday it would expel a Ukrainian diplomat, prompting an immediate pledge of retaliation from Kiev.

The rising tensions between the former Soviet republics come against the background of a war of words between Moscow and Washington as US President Joe Biden seeks a tougher line against Putin.

The US on Thursday announced sanctions and the expulsion of 10 Russian diplomats in retaliation for what the White House says is the Kremlin’s US election interference, a massive cyber attack and other hostile activity.