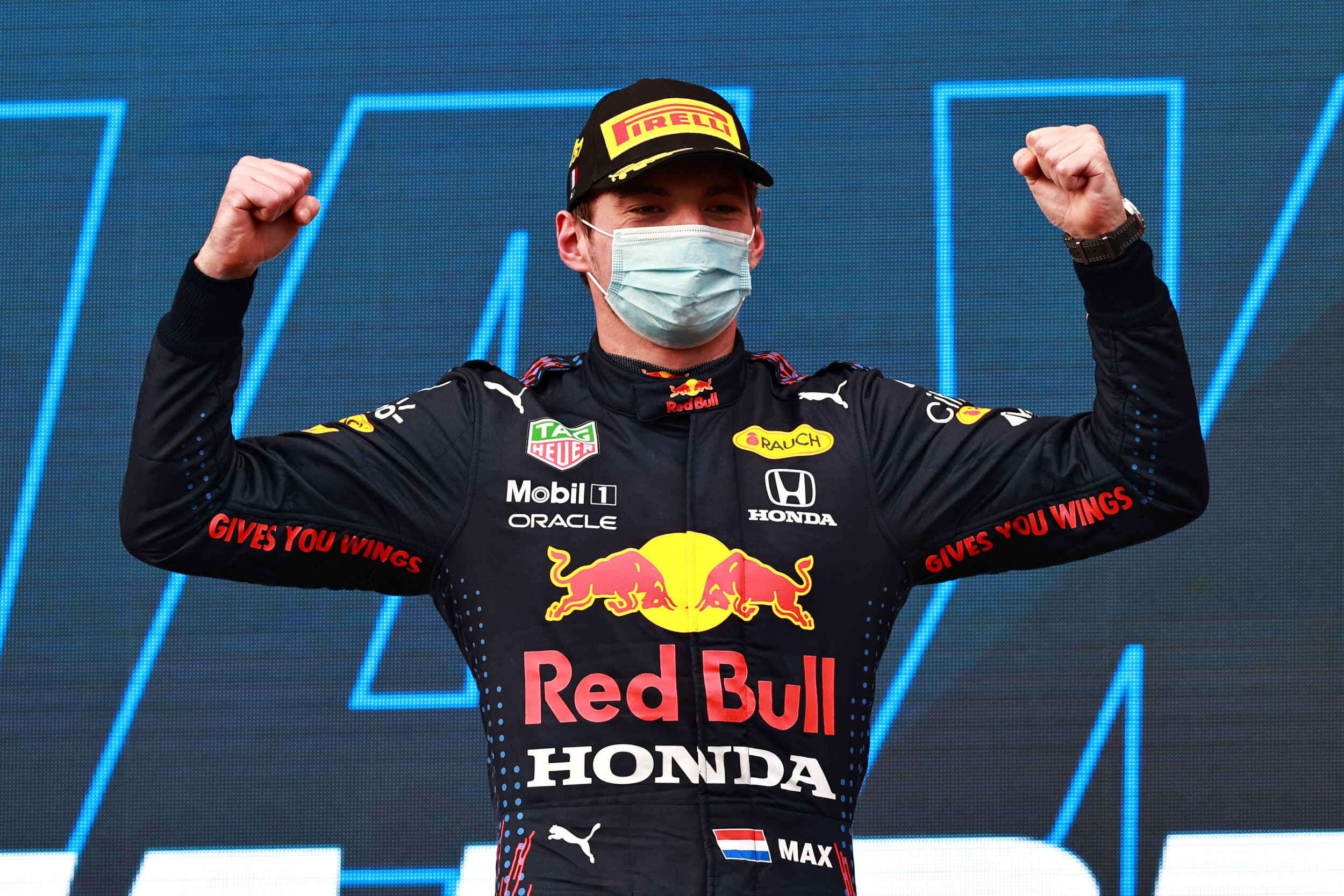 Max Verstappen kept his cool to claim a chaotic rain-hit Emilia Romagna Grand Prix on Sunday as seven-time Formula One champion Lewis Hamilton recovered from a rare mistake to sneak in second.

Red Bull driver Verstappen muscled past pole sitter Hamilton on the first corner at Imola to set up his impressive first win of the season.

“I surprised myself. We worked really hard to make that better. In these tricky conditions we did a great job,” Verstappen said.

Lando Norris in a McLaren took third for the Briton’s second successive podium ahead of Charles Leclerc for Ferrari.

The outcome of a compelling second leg of the Formula One season confirmed Verstappen’s stature as a formidable obstacle to Hamilton’s quest for an unprecedented eighth drivers’ crown.

After winning the season-opener in Bahrain and putting in the fastest lap on Sunday Hamilton leads Verstappen by one point ahead of the Portuguese Grand Prix next time out.

A high-speed crash involving Mercedes’ Valtteri Bottas and George Russell in a Williams forced the race to be suspended as debris was cleared off the Imola circuit.

The pair collided at over 300kmh on lap 34, both drivers shaken as their wrecked cars were lifted off the track.

The red flags appeared a lap after an uncharacteristic slip-up from Hamilton saw the Mercedes world champion hurtle off the circuit into a gravel pit when placed second on a tracherous rain-hit track.

Half an hour after the suspension, a rolling re-start saw Verstappen set off in front of Leclerc and Norris. Hamilton, his car repaired, had work to do from ninth.

As Verstappen calmly reeled in his 11th career victory, but first in Italy, Hamilton weaved his way up to sit third, and then second after passing Norris with three laps remaining.

“First time I’ve made a mistake in a long time, but I’m grateful I could bring he car home,” said a relieved Hamilton.