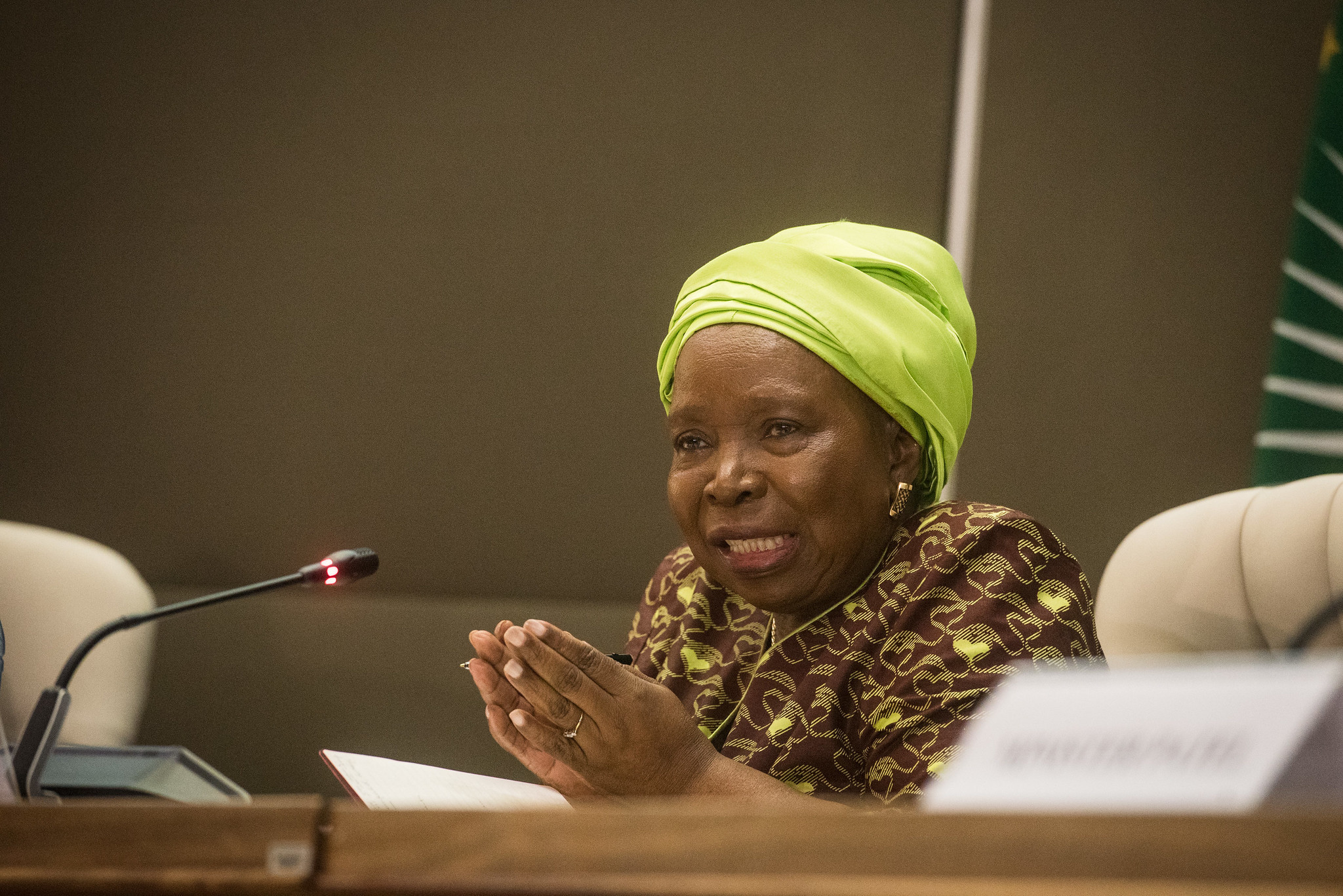 ANC NEC member and Minister of Local Government and Traditional Affairs Dr Nkosazana Dlamini-Zuma has warned against factionalism in the ANC, saying the scourge was a gross deviation from the party policy.

Dlamini-Zuma urged the alliance youth to speak up and use the political education they received from the same ANC to call its leaders to order.

She was addressing the Chris Hani Memorial lecture organised by the Young Communist League’s Wits University branch on Saturday.

Dlamini-Zuma, who was the face of the Zuma faction at the ANC Nasrec elective conference in 2017, spoke as factionalism threatened to break the governing party following its implementation of the “step aside” policy.

Senior party leaders such as secretary-general Ace Magashule have been given 30 days to pack up and go or face suspension by the party. He has been resisting and mobilising his supporters, but the party top brass have closed ranks against him.

Addressing the topic “Saving the soul of the ANC from the claws of factionalism and neo-liberal policies”,  Dlamini-Zuma described factionalism as the “demon that has been slowly creeping into the ANC”.

“When you have deep factions, fighting among ourselves tearing one another apart, as a result we run the risk of losing the revolutionary discipline, our political consciousness and our leadership of society,” Dlamini-Zuma said.

The ANC, its alliance partners and the rest of the mass democratic movement were leaders of society but they could not lead, if they were busy fighting among themselves

“So we must not allow factionalism to entrench itself, to be so deep, to prevail and to almost run our revolution,” she said.

The 54th ANC national conference in at Nasrec did not merely call for a united ANC, but one that could fulfil the dreams and aspiration of the majority towards a democratic and developmental country.

ANC members ought to pause and introspect and ask individually whether each did not contribute to the organisation tearing itself apart.

ALSO READ: ANC NEC in ‘chaos’ as Magashule refuses to step down

She alluded to a “demon of factionalism which had been slowly creeping and destroying the ANC so much so that the Nasrec conference noted that there was loss of confidence in the party.

“Because we are factionalised, people should have confidence in what part (of the ANC)?” she asked.

There was social distance between the ANC and the people, corruption, nepotism arrogance, elitism, manipulation of organisational processes, among others, she added.

“It is a gross deviation from the ANC policies – it is rooted in promotion of self-interests, careerism above the interests of the people. It is also a self-preservation agenda that is served above it all, that agenda is contrary to the philosophy which dictates that ‘From each according to his ability to each according to his need’.”

“But now we see what is called ‘conspicuous consumption which is driven by those who want to maintain the status quo. They want to keep the status quo because they know if we are in factions we can’t execute the revolution. To them we must be divided, some even want to return to the old,” Dlamini-Zuma said.

Watch the full lecture below: