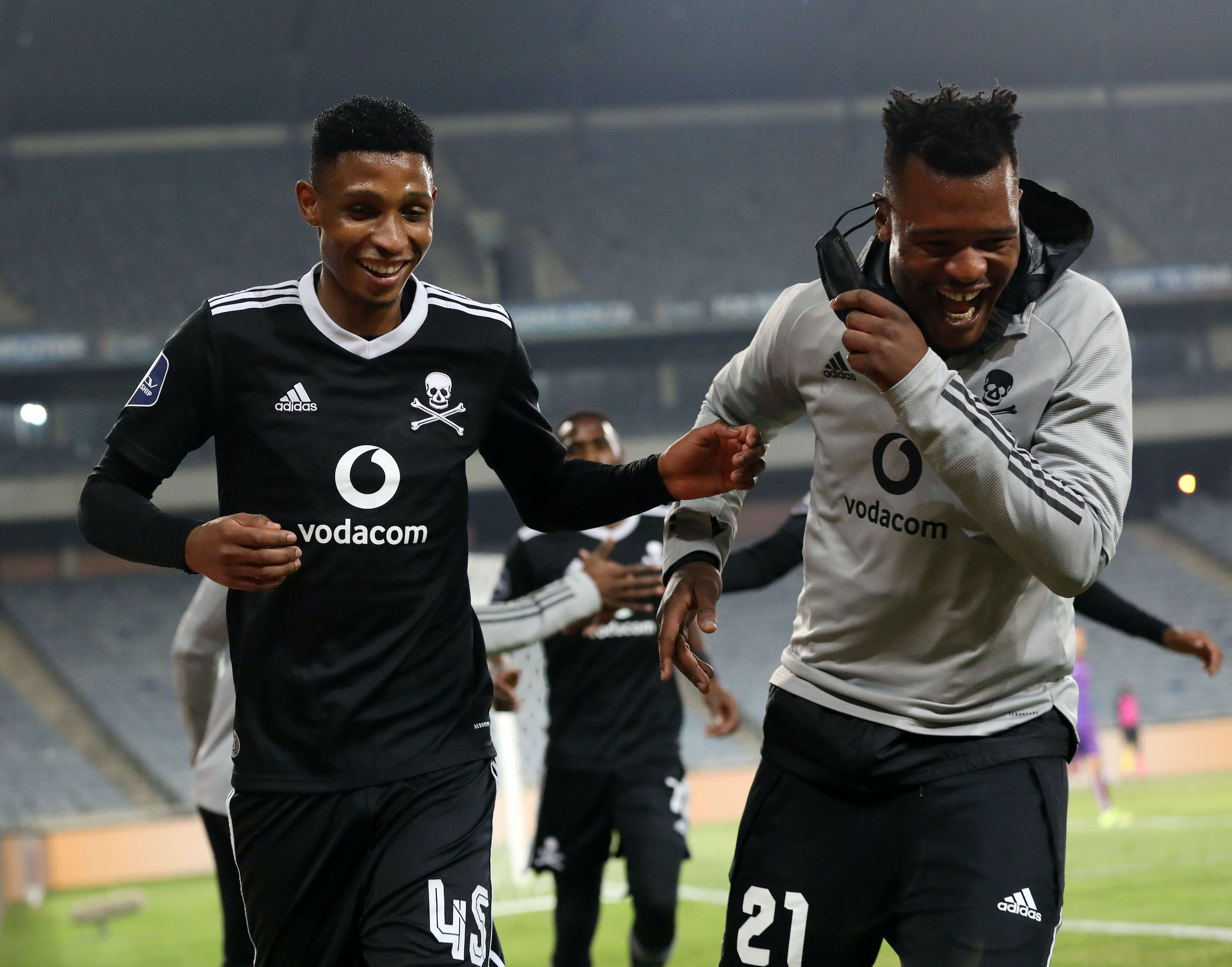 The Buccaneers forward comes off the bench to bag a second half brace.

Josef Zinnbauer’s side had to find a riposte after Thursday’s 4-1 cup hammering by Mamelodi Sundowns, and this win moved them into the top four in the table, and set the Buccaneers up nicely for Wednesday’s Caf Confederation Cup clash at home to Algeria’s ES Setif.

Orlando Pirates were without the suspended Thulani Hlatshwayo for this game, and with Happy Jele also on the sidelines Ntsikelelo Nyauza captained the team against United.

Zinnbauer, meanwhile, handed a first ever DStv Premiership start to 20 year old right back Thabiso Sesane, while Abel Mabaso got his first league start of the season alongside Nyauza in a makeshift Buccaneers back four.

And Maritzburg ran Pirates ragged in the opening stages. In the 7th minute, Bandile Shandu overlapped down the right wing and crossed for Daylon Claasen, but he fired wide.

Thabiso Kutumela then burst through the middle against his former side, but his shot was saved by Wayne Sandilands.

United’s rhythm was disrupted, however, when Venezuelan Jose Ali Meza went down in a fairly innocuous challenge, but had to be stretchered off with a serious-looking knee injury. Sibusiso Hlubi came on in his place, but from then on it was Pirates who took charge of the game.

Kabelo Dlamini fizzed one effort just wide, before Sesane gave an indication of his promise with a lovely ball over the top of the Maritzburg defence. Deon Hotto was clean through, but his shot was superbly saved by the leg of Marcel Engelhardt.

A minute before the break, Thabang Monare put a slide rule pass through for Hotto, who again had a fantastic opportunity, but this time he curled over the bar.

There was still time before half time for Nyauza to commit an awful tackle Bongokuhle Hlongwane that earned the defender a yellow card. Dlamini was also booked earlier, after his studs caught Ryan Rae on the head, and he will now be suspended for Saturday’s visit to Swallows FC.

Zinnbauer made an attacking substitution at the break, bringing on Pule to replace Ben Motshwari, but it was Maritzburg who threatened first. Rae, his head wrapped in a bandage, put in a long thrown that was flicked right across the face of the Buccaneers goal.

Pirates then had a great chance of their own as they intercepted a United attack and Hotto put in a fine cross for Tshegofatso Mabasa, but he lifted his effort over the bar

And Pirates did take the lead in the 59th minute, Dlamini flicking a fine pass through for Fortune Makaringe, who crossed for Pule to volley into the roof of the net at the back post.

United should have equalised in the 71st minute, as another long throw from Rae found Hlongwane at the back post, but he shot over with the goal gaping.

And the game was as good as over with 12 minutes on the clock, after a total howler from Maritzburg’s ‘keeper Engelhardt. Wayne Sandilands sent a hopeful punt forward, and Engelhardt tried to head it away on the bounce, but only managed to flick it on for Pule, who nodded into an empty net, for his eighth goal of the season in all competitions and his third against Maritzburg, having also scored against the Team of Choice  in the Nedbank Cup.