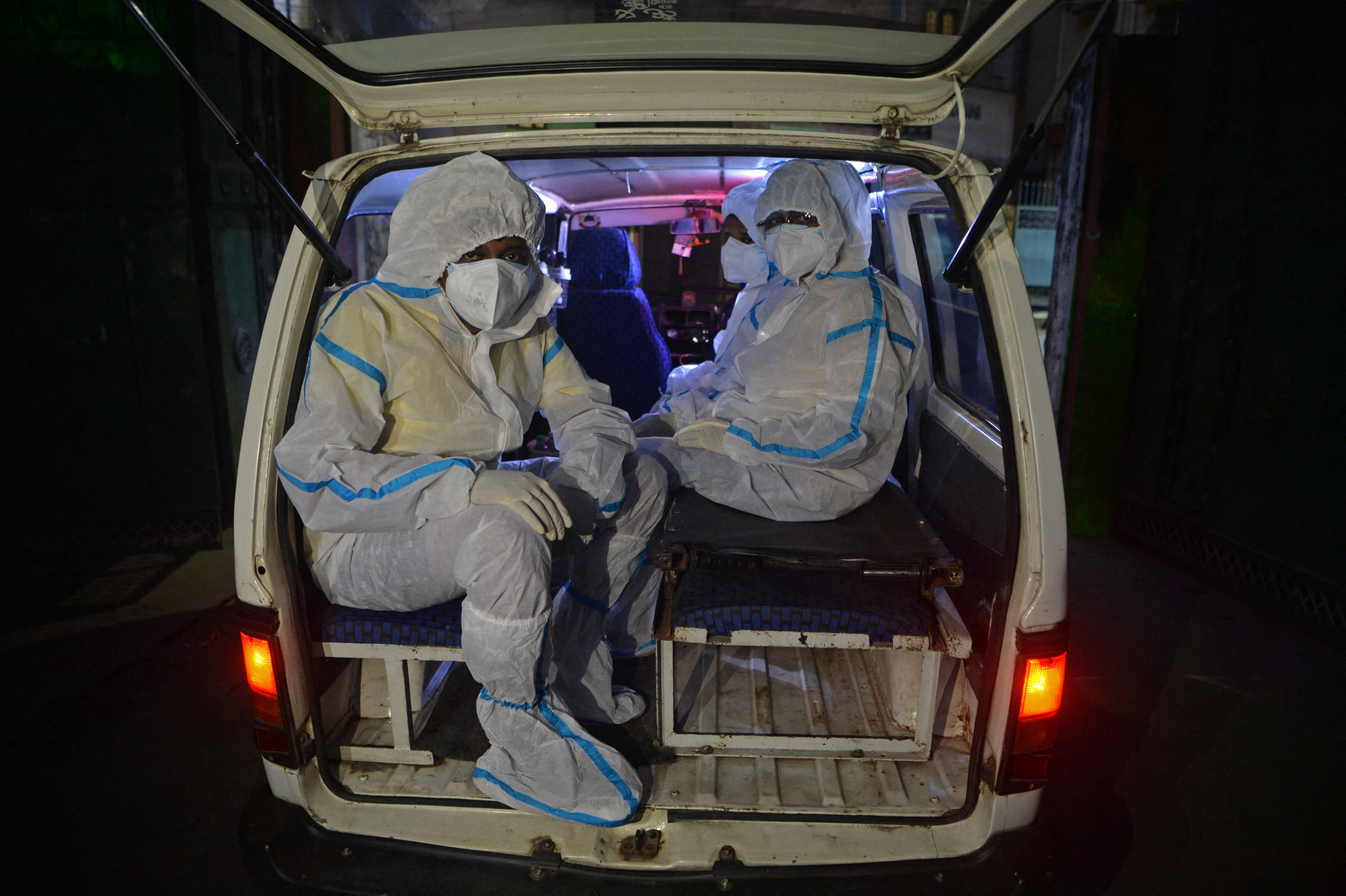 New Delhi reported a record 24,000 coronavirus cases in one day and its leader warned of a “grim” battle ahead Saturday as major cities across India went into a weekend lockdown in a bid to curtail a nationwide pandemic surge.

With India now leading the world in the number of new cases — more than two million in the past month — the international Red Cross said the speed at which cases are rising across South Asia was “truly frightening”.

Delhi chief minister Arvind Kejriwal said it was impossible to know when the virulent new surge would peak.

“The situation is grim and worrisome,” he said, highlighting shortages of oxygen and hospital beds.

Modi ordered new measures to find beds and speed up the delivery of oxygen and drugs such as the anti-viral Remdesivir.

After a national lockdown last year ago led to an economic slump, the Indian government is desperate to avoid a second stoppage. But Delhi joined Mumbai in ordering all but essential services to close.

Landmarks such as the historic Red Fort where tens of thousands of people would normally gather were deserted.

Police checked many of the few cars that strayed onto the streets of the city of more than 20 million people where restaurants, malls and gyms were all closed.

“Don’t panic. All essential services will be available through the weekend,” Kejriwal said.

Uttar Pradesh state, home to some 240 million people, has ordered a one-day lockdown on Sunday.

The northern state of Uttarakhand has restricted gatherings to 200 people.

It exempted the huge Hindu Kumbh Mela festival in Haridwar but pressure has grown to halt the ritual bathing that has drawn up to 25 million people since January, including some 4.6 million this week alone.

More than 1,600 people tested positive for coronavirus in barely three days this week and one of the leading Hindu sects announced that it considered the festival now finished.

The latest round of voting also went ahead in the West Bengal state election with long queues forming outside polling stations. Rival parties have been holding huge rallies in recent weeks again fuelling super-spread fears.

In the state capital Kolkata, railway employee Samaresh Tapna fell sick after attending one such gathering and was hospitalised.

“I felt angry with myself… I cursed my fate,” the 42-year-old told AFP.

Social media is full of horror stories of desperate calls to help a loved one needing hospital treatment for Covid-19 or other complaints.

“I lost a cousin on Saturday. He was not admitted after a stroke. Tried 4 hospitals,” read one message on a Delhi neighbourhood WhatsApp group this week.

India’s drive to vaccinate its 1.3 billion people has also hit obstacles, with just 117 million shots administered so far and stocks running low, according to some local authorities.

“This is a wake-up call to the world. Vaccines must be available to everyone, everywhere, rich and poor to overcome this terrible pandemic,” said Udaya Regmi from the International Federation of Red Cross and Red Crescent Societies (IFRC), describing the surge across South Asia as “truly frightening”.

“We must redouble our efforts to contain this disease as too many lives are at stake,” Regmi added.