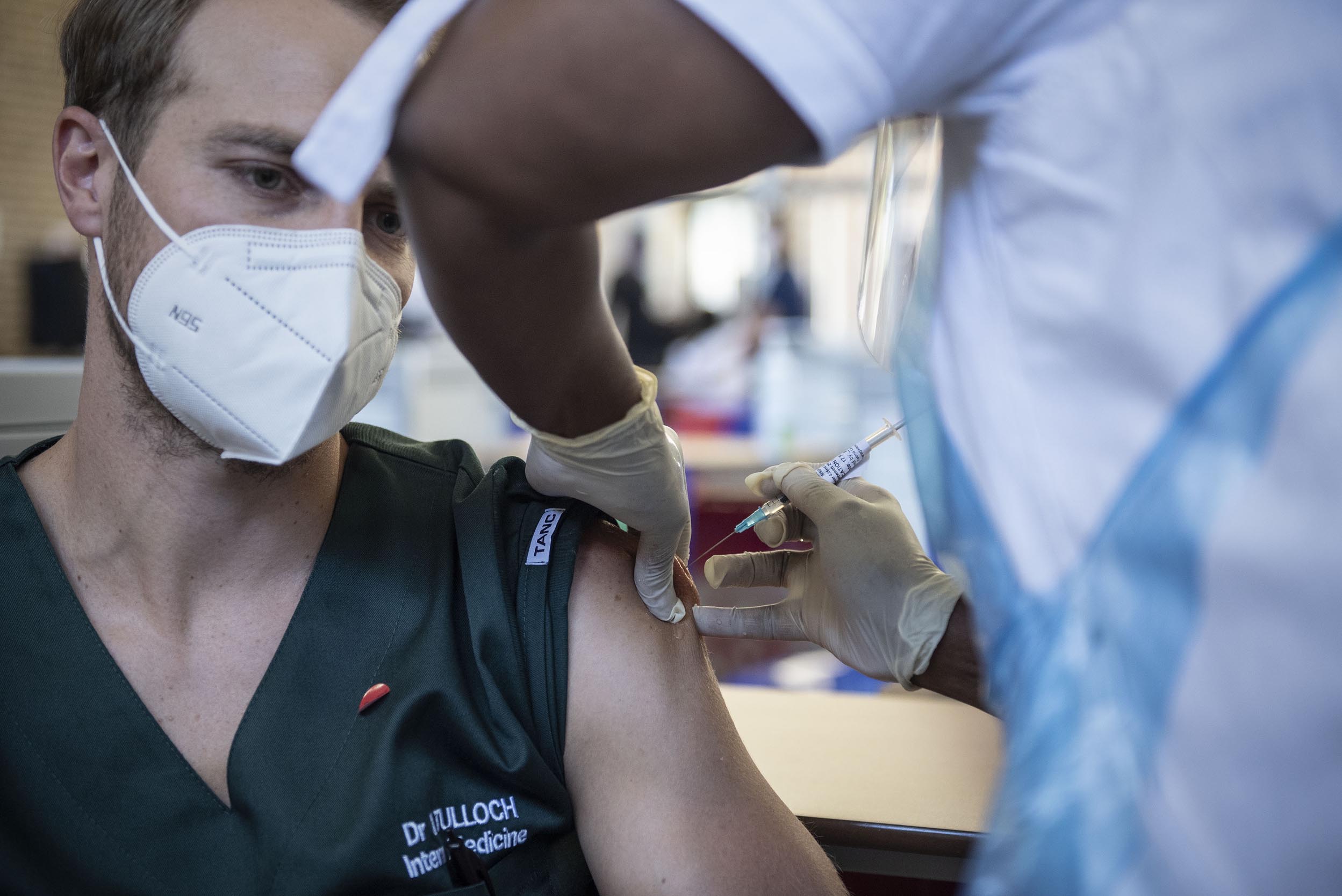 As of Wednesday, the total number of confirmed Covid-19 cases is 1 561 559, with 1 599 new cases recorded since the last report, Health Minister Zweli Mkhize has announced.

75 more deaths have been recorded: 14 from Eastern Cape, 9 from Free State, 26 from Gauteng, 24 from KwaZulu-Natal and 2 from Western Cape.

“We convey our condolences to the loved ones of the departed and thank the healthcare workers who treated the deceased,” said Mkhize. The European Union said Wednesday that it is expecting 50 million Pfizer coronavirus vaccine doses earlier than expected, as the United States said it would continue a pause in vaccinations using the Johnson & Johnson shot for at least another week so regulators can assess possible blood clot links.

Concerns over using the J&J and AstraZeneca vaccines have dampen hopes that mass immunizations will lead to a swift exit from the global pandemic that has killed nearly three million people and ravaged the global economy.

Nevertheless there was some good news as BioNTech/Pfizer announced that 50 million doses that were due to arrive in Europe in late 2021 will instead start arriving as early as this month.

More than 820 million Covid-19 vaccine doses have now been administered globally. Demand continues to outstrip supply, and countries are scrambling to secure the much-needed jabs for their people.

The race to secure vaccines has sparked diplomatic rows, notably between Britain and the EU after the bloc accused London of hoarding jabs. Australia has also accused the EU of falling short on promised doses.

A panel of US health experts ruled that the pause on using the J&J vaccines would continue for at least another week so they have time to assess the risk of blood clots.

Another case of the clotting disorder was reported Wednesday, bringing the total of US cases to seven — including one death — among the 7.2 million J&J doses administered in the country.

“I don’t want to send the message that there is something fundamentally wrong with this vaccine,” said Beth Bell, chair of the expert group convened by the Centers for Disease Control and Prevention (CDC).

“But I want to be able to understand and defend the decision that I’ve made (to continue using the vaccine or not) based on a reasonable amount of data,” she added.

Johnson & Johnson said it would delay its European rollout, again over blood clot fears — a major hit for the continent’s beleaguered immunization campaign.

The European Medicines Agency (EMA) said it would make a recommendation on the safety of the J&J jab next week after evaluating clot links.

AstraZeneca has faced similar setbacks, with many countries now limiting its use to older people following isolated cases blood clots among younger populations, some fatal.

Denmark said Wednesday it would stop using it altogether — a European first — despite assurances from the EMA and the World Health Organization that the benefits far outweigh possible risks.

Russia’s state-run Gamaleya research institute meanwhile said there was no risk of blood clots from its Sputnik V vaccine.

Several countries, from Germany to India to Argentina, are battling a worrying spike in cases.

In India, more than 1,000 people tested positive for the virus after bathing in the River Ganges for the world’s biggest religious festival.

A huge crowd of worshippers packed the river banks to take a dip as part of a bathing ritual, despite India’s soaring virus cases.

“Our faith is the biggest thing for us,” Siddharth Chakrapani, a member of one of the Kumbh Mela organizing committees, told AFP, explaining why so many people entered the river.

The WHO is concerned that the pandemic could worsen in the Middle East and North Africa during the Muslim fasting month of Ramadan.

In Turkey officials imposed new restrictions including a tougher overnight curfew, while in Bangladesh police patrolled the capital as a strict nationwide lockdown was rolled out.

In Argentina however Covid-19 cases have risen fivefold compared to one month ago. President Alberto Fernandez announced that clampdown measures that include closing schools in the greater Buenos Aires area, limiting business hours, and an 8 pm to 6 am curfew.

In hard-hit Brazil, where the vaccine rollout has been chaotic and the virus is out of control, authorities said that some 1.5 million vaccinated people vaccinated have not shown up for their second jab.

Covid deaths averaged 3,000 a day in Brazil over the past week, forcing cities and states to reimpose lockdown measures.

In Japan, a spike in Covid cases forced a section of the Tokyo Olympics torch relay to be pulled from public roads.

But with just 100 days to go before the scheduled opening, International Olympic Committee vice president John Coates said that cancellation was “certainly not” on the table.