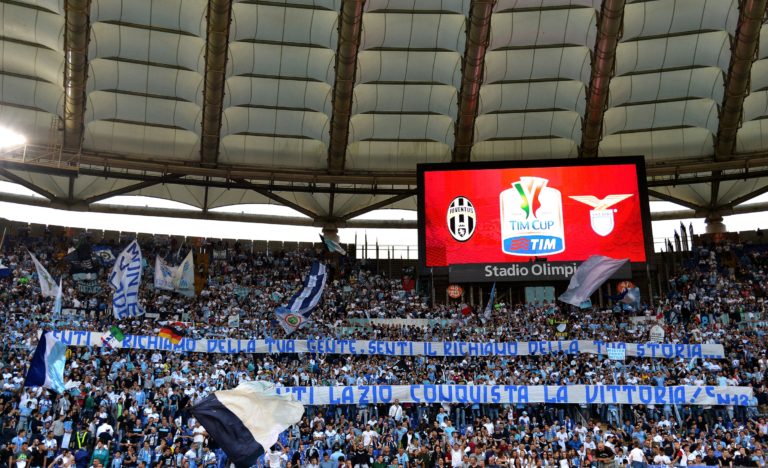 Rome was one of four of the 12 host cites threatened with having its matches removed because it could not give assurances that spectators would be allowed into grounds given the ongoing Covid-19 situation.

Rome’s Stadio Olimpico has been “fully confirmed” as a venue for Euro 2020 matches after the Italian government guaranteed the presence of at least 25 percent of fans, UEFA announced on Wednesday.

Rome was one of four of the 12 host cites threatened with having its matches removed because it could not give assurances that spectators would be allowed into grounds given the ongoing Covid-19 situation.

“The authorities have guaranteed at least 25 percent of the stadium’s capacity will be filled,” European football’s governing body said.

“As a result, UEFA considers Rome to be fully confirmed as a venue for the tournament.”

Three other cities — Munich, Bilbao and Dublin — have until April 19 to provide UEFA with additional information on their plans for spectators.

Rome is set to host the opening fixture for the tournament, between Turkey and Italy, on June 11.

It was also picked to host Italy’s other group matches against Switzerland and Wales, as well as a quarter-final.

“Fans with tickets for matches in Rome should note that there will be no exemptions granted, to any travel restrictions that will be in place at the time, for people arriving from outside Italy,” UEFA added.

UEFA president Aleksander Ceferin has warned that countries that failed to offer guarantees on supporter numbers could be dropped as hosts.

Dublin’s Aviva Stadium is scheduled to host three group matches and a last-16 game but there are growing doubts over the issue of fan attendance.

The Football Association of Ireland said last week it was “not in a position at this point to provide assurances on minimum spectator levels at the UEFA Euro 2020 matches due to be held in Dublin in June”.

London’s Wembley which will host seven matches is planning to operate at a “minimum 25 percent” capacity with the possibility of increasing the numbers for the semi-finals and final.

The tournament was postponed from last year due to the Covid-19 outbreak.