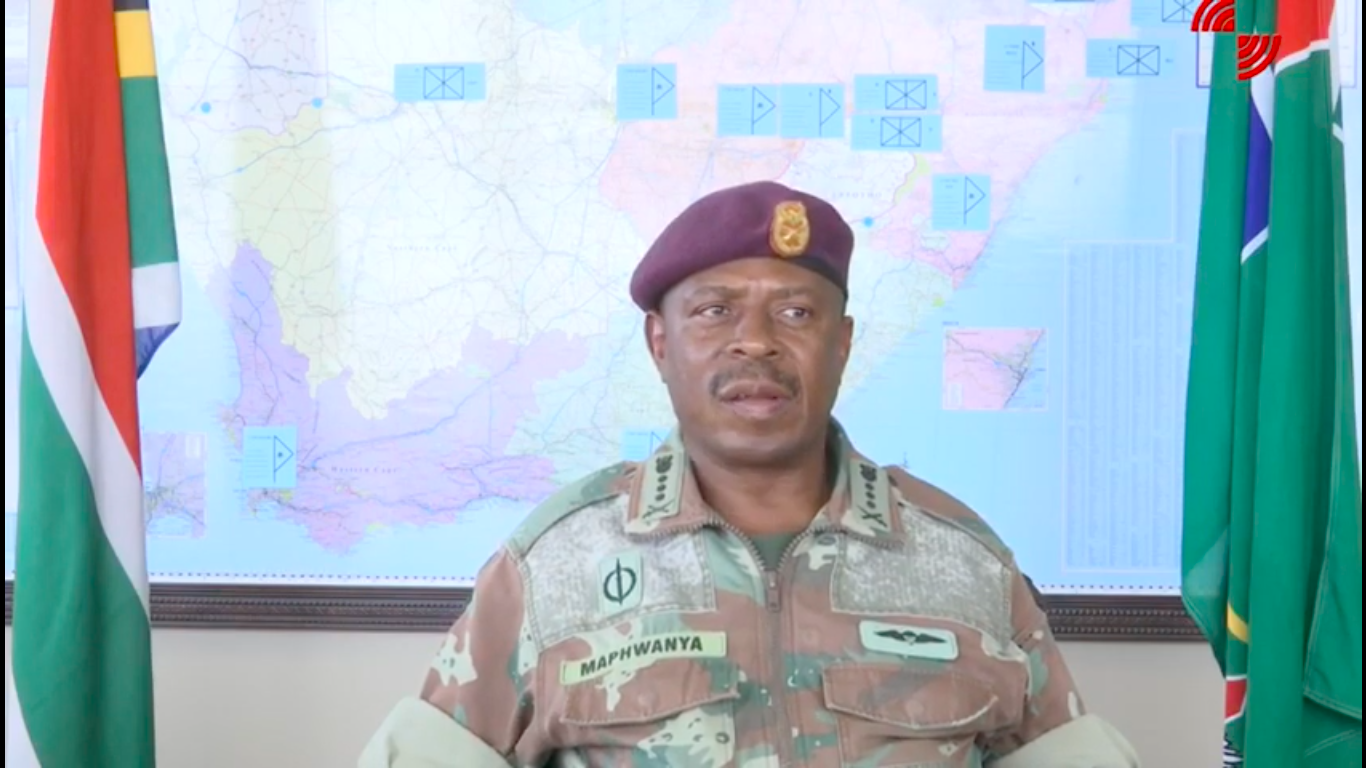 President Cyril Ramaphosa has announced that from 1 June 2021, Lieutenant-General Rudzani Maphwanya will take over as chief of the SANDF.

“Lt-Gen Maphwanya is a highly decorated officer with vast operational experience. His military career began in 1978 in Umkhonto we Sizwe, and since 1994, he has held numerous positions in the SANDF.

“In 2019, Lt-Gen Maphwanya was appointed as chief of Joint Operations,” Ramaphosa said.

He will also be promoted to rank of general upon assuming his new role.

Maphwanya takes over from General Solly Shoke, who has been chief of the armed forces since 2011, and will serve for a period of five years.

Ramaphosa’s announcement was also accompanied by new appointments to the Military Command Council (MCC), which is the highest decision-making body in the SANDF.

Major-General Thalita Mxakato, as chief of Defence Intelligence, will become the first woman to be appointed to the military command of the SANDF, with effect from 1 June 2021

“This is a significant – and long overdue – development in the ongoing effort to advance the position of women in our armed forces,” Ramaphosa said.

Ramaphosa added that upon taking up their positions, the three majors-general (besides Surgeon-General Maphaha) would be promoted to the rank of lieutenant-general.

“These appointments demonstrate the value of effective succession planning and the development of talent across all institutions as critical as the South African National Defence Force,” the president said.