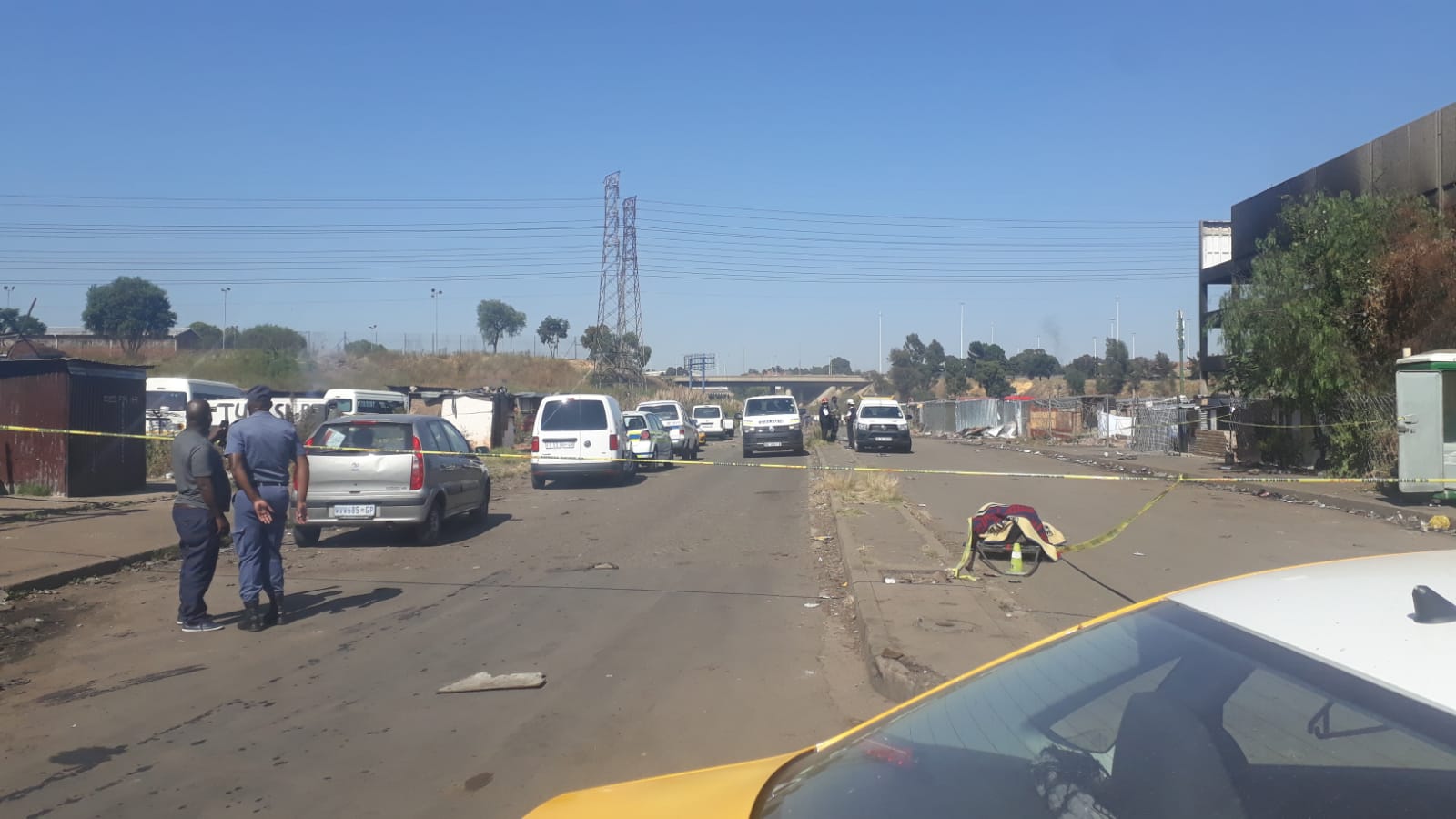 Nine people including an infant have perished in a devastating fire that spread through a section of the Gezeni informal settlement in Johannesburg in the early hours of Wednesday morning. Johannesburg EMS crews at the scene. The burnt-out structure in the background is where the blaze took place.

She said the cause of the blaze had not been confirmed, but the fire started in a “structure that houses shacks inside it”. The blaze in the early hours of the morning.

This resulted in the fire spreading rapidly through shacks located close together.

Updates will follow as more information is made available.