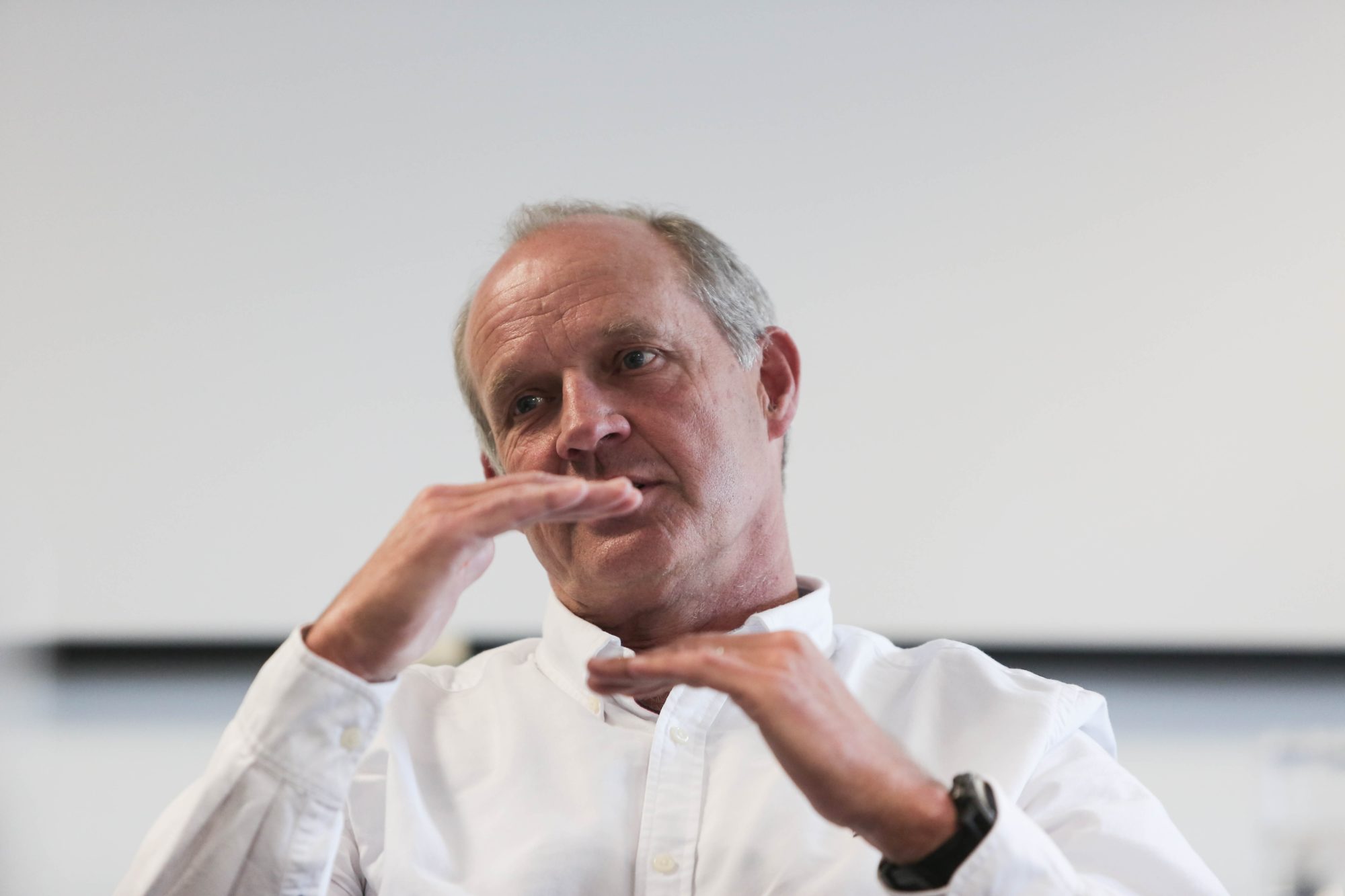 It says it is the ‘biggest digital bank in South Africa with 8.6 million active users of either the Capitec banking app, USSD channel or a combination of digital channels’.

Capitec Bank is currently adding customers at the rate of around 200,000 a month and expects to cross the 16 million mark “any day now”.

In its results briefing for the 2021 financial year, the bank said in the 12 months to the end of February it grew its active client base by “approximately 160,000 clients per month”.

Chief financial officer (CFO) Andre du Plessis made the point that the bank had “one month of negative growth” during the last year, presumably during the hard lockdown in April.

The rate of growth in the last two years has been remarkable, with over 4 million clients added to the retail bank – an increase of 38%. By the end of February it had 15.7 million clients, with that number increasing to 15.9 million at the end of March.

Executives at the bank described an acceleration towards normalised levels in March, given that the more stringent lockdown regulations implemented in late December impacted activity in January and February.

However, he makes the distinction between adding any clients at any cost versus adding quality customers. It could, for example, chase headline numbers and open accounts for SA Social Security Agency (Sassa) grant beneficiaries, but account activity for these customers is limited – grants are typically withdrawn when they become available.

ALSO READ: These are SA’s best and favourite banks

Of Capitec’s 15.7 million retail customers, only 1.1 million are credit clients. The bank has 5.9 million savings clients and four million banking clients (these are customers who have their salaries deposited in their Capitec accounts and who demonstrate a level of primary banking behaviour). It sees a significant opportunity to cross-sell products between these pools of customers.

It says it is the “biggest digital bank in South Africa with 8.6 million active users of either the Capitec banking app, USSD channel or a combination of digital channels”.

This means in 24 months it increased its number of digitally active customers by 60%.

As at end-February, it had 5.3 million active app users, with five million clients using USSD channels (with some overlap between these two bases).

On average, it says a digital client performs 10 transactions per month. It highlights that of its retail bank base, 64% are under 40. When looking at its digitally active base that number is, unsurprisingly, higher at 70%.

The bank says “more than 50% of the Send Cash transactions are performed via the banking app”.

Its home loans product, in partnership with SA Home Loans, has received in excess of 24 000 applications with 300 loans disbursed at an average size of around R950 000. Originally, the bank simply “re-sold” SA Home Loans products – in effect, it was an originator.

He stresses that the mortgage book is not on Capitec’s balance sheet, but on that of SA Home Loans.

Fourie says the market is misreading home loans as an opportunity for the bank to grow. Instead, he says, the product is a “defensive strategy”.

“If we don’t offer it, then our client will go to any one of the four traditional banks and say we’ll give you a mortgage but you must move your account.

Its vehicle finance venture at WeBuyCars branches was hit hard by Covid-19, but Fourie says it remains “very small” at this stage. Its biggest challenge is to get its credit pricing to a level where it competes with a secured product.

Fourie sees opportunity for so-called “purpose lending”, where it can grant loans for building (home improvement), cars, education, or medical and the bank can be sure “the loan goes to the right supplier”.

“Term loan sales decreased by 55% to R13 billion, while credit card disbursements decreased by 1% to R9.7 billion. Disbursements of the new access facility totalled R6.4 billion for the 10 months since launch and credit facility sales amounted to R0.2 billion.”

Not all good news

The bank booked a net credit impairment charge for the year of R7.36 billion, which equates to a credit loss ratio of 11.3%.

To date, performance of rescheduled loans has been “positive”, with the only sector still experiencing stress being travel and leisure (2% of its book). Inflows (salaries into accounts) in this sector are averaging 74% of normal levels as at February.

Its business lending book was “static” in the year with net loans and advances of R10.4 billion.

Du Plessis says “generally, there is always demand for credit” but that “companies are very cautious at present, especially for large developments”.

It is actively building a business bank, which is expected to launch around the middle of next year. Despite this, it managed to grow its business client base by 33% in the 12 months.