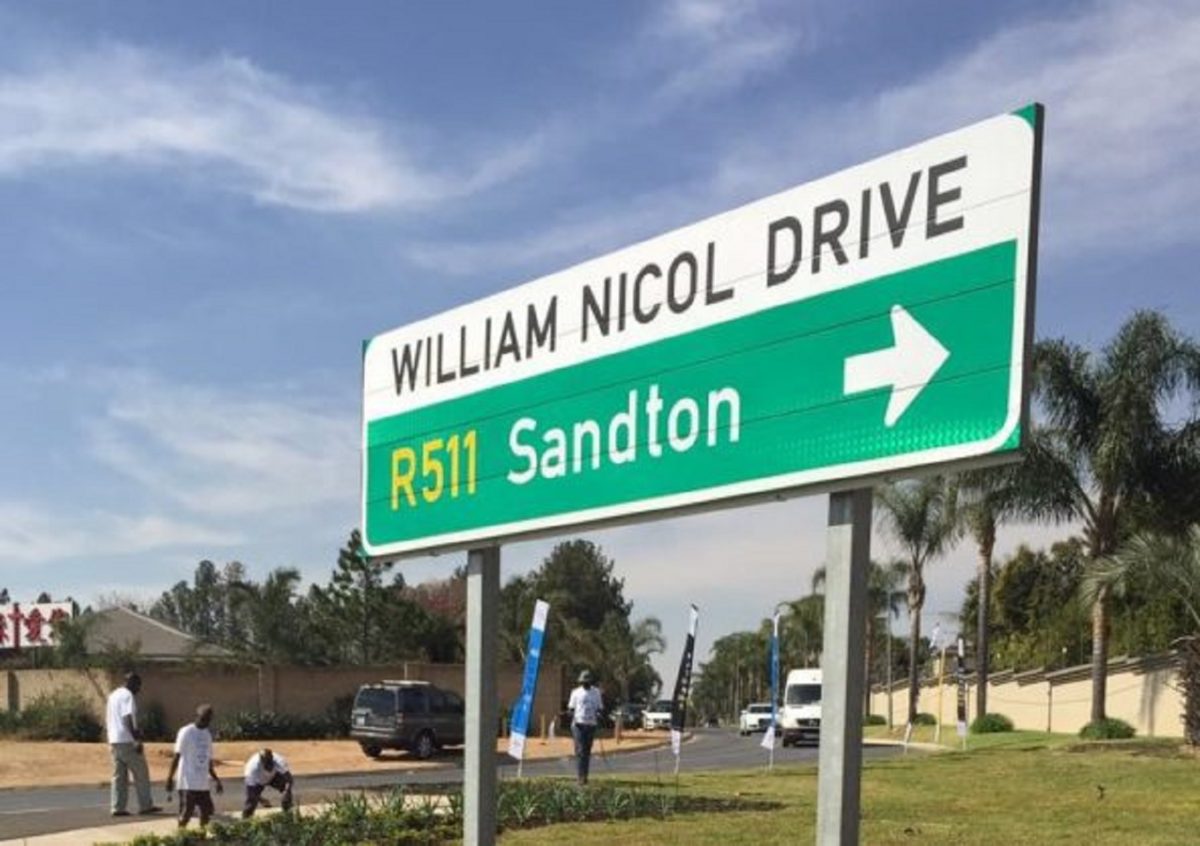 The ANC has labelled the DA’s petition as a ‘mere continuation of its non-repentant behaviour in protecting and preserving remnants of apartheid’.

The DA launched an online petition on Monday calling for those against the renaming of the road that connects Bryanston, Fourways, and many suburbs several suburbs beyond Sandton, Hyde Park, and Rosebank and ultimately to the Johannesburg CBD via Jan Smuts Avenue.

“Why spend taxpayer money on this? We call on residents to sign this petition and stop this illegal and pointless name change,” reads the DA’s petition on Twitter.

The ANC said that it was not surprising that “the DA continues to expose its intransigent attitude towards an all-inclusive and representative government”.

❗️The ANC is on a mission to rename WILLIAM NICOL DR after Winnie Mandela. In a time of economic crisis why spend taxpayer money on this ⁉️We call on residents to sign this petition and stop this illegal and pointless name change❗️ https://t.co/j9YyuIFRSV ????

The ANC has labelled the petition as a “mere continuation of its non-repentant behaviour in protecting and preserving remnants of apartheid”.

“The DA’s objections must be condemned and disregarded by society at large, but it must also be seen as what they exactly represent- racist backwardness and non-representation,” reads the statement.

Wittingly or not, the statement also dragged OneSA movement leader and former DA leader Mmusi Maimane into the mix.

“The DA has fumbled through a severe political identity crisis using black faces to create an ‘all-inclusive’ facade.

“Yet of late, this cosmetic feature has unravelled, with former leader Tony Leon affirming that the DA never intended to lose its racist roots, but blacks were a mere experiment/project.”

The party said that it would forge ahead with its plan to have the road renamed, as this would be beneficial for generations to come.

“It goes without question the role and contributions of Mama Winnie Mandela, and therefore, it’s befitting such a name change would strongly signify the transformation we strive for and honour her name for generations to come,” reads the statement.