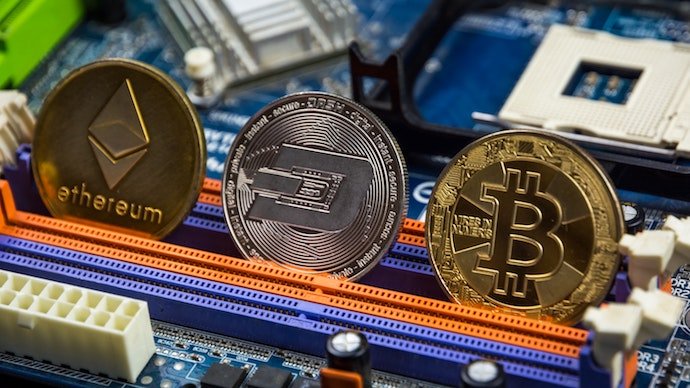 Central Bank Digital Currency (CBDC) are one of the most important developments in the digital currency space and the future of finance. As they are backed by the central banks of their respective countries, they will have much more credibility than existing stable coins, increasing the likelihood of digital currencies reaching mass adoption. Central banks around the world are now working on piloting and developing their CBDCs.

There are a number of reasons why CBDCs are being regarded as a top priority for central banks. Firstly, privately-issued currencies such Bitcoin, Doge, Tether have been capturing a large amount of market share over the past year, and so if central banks don’t keep up with digital currencies, they will be left behind in the race.

Secondly, carrying paper currency is becoming extremely inconvenient in this day and age, especially in view of the ongoing global pandemic, where cash can contribute to the spread of coronavirus. Cash is also slow to send via traditional borders, thus giving it limited interoperability.

Thirdly, another huge benefit of digital currencies is that they can help banks propagate monetary policy, as well as mitigate money laundering and tax evasion.

However, several infrastructure systems will be required to prevent money laundering, such as the ability to track funds and identify users that perform these transactions (KYC infrastructure), privacy protection (a balance must be struck in terms of how much access governments have to citizen information). Only the most advanced countries have the data centres and processors to perform this at this current time.

While more than 80 per cent of central banks are looking into CBDCs, China and Sweden are at the forefront of this movement as they have already launched their digital currency projects. China, without a doubt, is the major leading economy in the CBDC race.

It is clear that it wants to be a global blockchain superpower and is taking steps towards this. The People’s Bank of China has been leading the development of the digital yuan. It aims to be an effective way to digitise the cash in circulation, and it is currently operating as a retail CBDC.

Recently, a region in China, Shenzhen, launched the “iShenzhen” lottery, through which the government distributed 20 million digital yuans between 100,000 CBDC wallet holders. If the account holders don’t use their digital yuan within a few weeks, it disappears. A similar lottery was held in Suzhou, one of China’s major special economic zones (SEZs).

As a region, Suzhou has already been involved with various blockchain projects to enhance the local government’s understanding of decentralised technology, smart contracts, and the general education that citizens need to have about blockchain technology.

China has taken it a step further and even started engaging in trials with major e-commerce platforms within the country. It began with JD.com — the country’s second-largest online retailer — which distributed 20 million yuan in a lottery launched by its fintech arm. The users who receive digital yuan through this lottery can spend it on JD.com’s online e-commerce platform as a part of a real-world CBDC trial.

Additionally, it has been reported that there are now vending machines in the Shanghai subway that allow users to transact in the digital yuan for any products held in the machine.

Despite initial speculations that China is launching its CBDC project to disrupt the digital payment duopoly that AntGroup’s Alipay and Tencent’s WePay hold in China’s digital payment market, they have enlisted both of the banks owned by these companies in their CBDC project.

Together, both of these payment platforms have more than 93 per cent of China’s booming digital payment market. Ant Group’s MyBank and Tencent’s WeBank are enlisted to participate in the digital yuan trials. Upon enlisting, MyBank and WeBank customers will access their accounts to transact through a PBOC-run digital yuan wallet application.

Further, thePeople’s Bank of China (PBOC) is engaged in an ongoing initiative based in Hong Kong called ‘Project Inthanon-LionRock.’ This project takes forward the work done by the Bank of Thailand (BoT) and the Hong Kong Monetary Authority (HKMA) to research and study the operation of CBDCs for cross-border payments. This involvement is highly indicative of the fact that the PBOC understands how critical interoperability is for the success of their CBDC.

Interoperability is key to CBDC success

China’s surging digital currency adoption is an initiative that could make Chinese goods and services more accessible in the global marketplace. Even Citigroup is of the opinion that the digitisation of fiat currencies is inevitable and a natural consequence of distributed ledger technology.

Businesses and governments alike have been gearing up to indulge in this upcoming technology, ensuring that they have the first-mover advantage that is so invaluable in a space like this.

Smaller countries will have an easier time implementing CBDCs due to the lesser size of their economy and the higher degree of autonomy that their governments have, especially when compared to more populous countries like China and the United States.

The Bahamas has recently introduced their Bahaman Sand Dollar, making it the world’s first CBDC, although its currency operations and penetrations don’t seem to be as interjecting as China’s trials.

Cambodia recently launched its Bakong along with an inter-banking platform that runs on blockchain technology. Even the United States Federal Reserve (Fed) is now conducting tests for a CBDC with the results yet to be announced. In collaboration with legacy financial institutions, the Fed focuses on a wholesale CBDC rather than a retail one like the digital yuan.

Also Read: How bright is the future of cryptocurrency?

Meanwhile, the Fed is also working on improving its own systems and innovating in the payments space. Giving the Fed another reason to push their CBDC project, the US central bank’s system was down for hours on 24th February, highlighting the increasing need for the Fed to enhance its existing payment systems by implementing CBDCs.

Acting as a catalyst to all the global CBDC initiatives, the Bank of International Settlements’ Innovation Hub (BISIH) has stated that CBDC research is a top priority for 2021. The BISIH plans to evaluate the feasibility of faster, cheaper cross-border payments across the major economies.

It was also announced that the BISIH, in collaboration with G20, the International Monetary Fund (IMF), and the World Bank, will work together to “formalise” the use of CBDCs in the financial systems.

IMF research states that interoperability is key to the success of CBDCs as many politicians and economic experts feel as though they could be used as a form of economic weapon. Once countries like the United States and China launch their CBDCs, the tokens will begin to have an additional use apart from transacting within a nation’s borders.

Currencies from these countries will begin to show up in the digital wallets of consumers based in other countries like India or Sri Lanka, who can then use this currency to purchase products in the international market. This will open up international trade scenarios contributing to usage in the retail markets and increasing the adoption of currencies that allow users more liquidity and convenience.

Along with the proliferation of certain currencies changing the global trade dynamics, it will be important for public and private players to work in a collaborative manner to facilitate the mass adoption of CBDCs. It is increasingly evident that for a CBDC to be successful, it must also be able to interoperate with other payment systems and digital assets, as well as other CBDCs.

The post How interoperability between private and public players will accelerate the CBDC Race appeared first on e27.